Square Enix has once again teamed up with Butterfinger for a special campaign for Final Fantasy. As part of the new promotion, people can purchase $5 worth of Butterfinger bars or other products, take a photo of their receipt, and upload it to get special DLC.

This campaign runs May 3-June 30. Players who take part can get the “Chocorpokkur” DLC mount for Final Fantasy XIV. The redemption page is available at the Game With Butterfinger website. 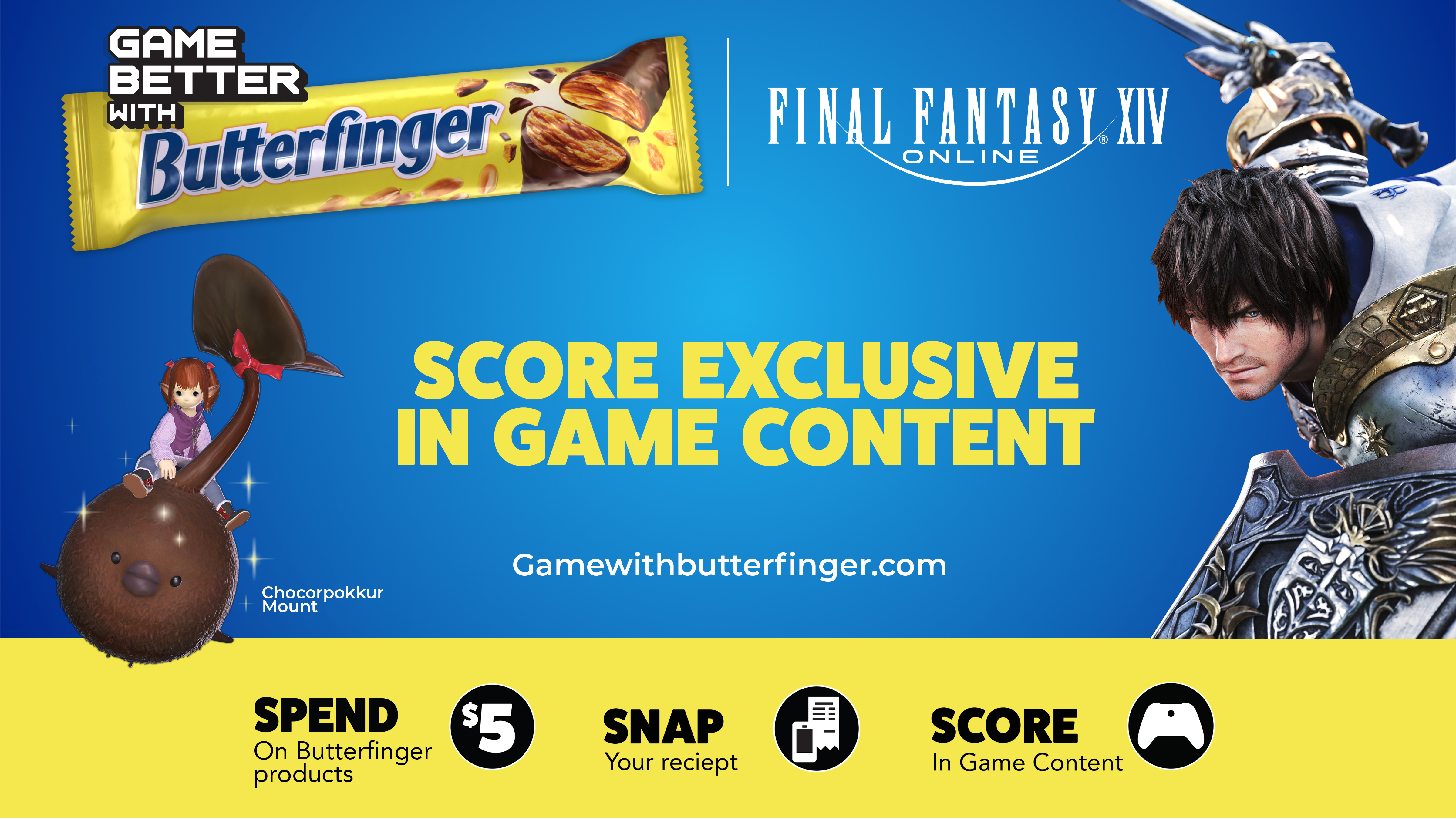 Buying Butterfinger bars is the only way to get the special mount, though it’s possible it will be available for everyone at a later date. The name Chocorpokkur is a play on words, blending chocolate and Korpokkur, which is a type of creature in the game.

“Chocorpokkur is a fast and functional mount helping players travel by land, air, and sea across the game,” reads a line from its description. The mount is available on any character on your Final Fantasy XIV account.

A number of popular Final Fantasy streamers–including MrHappy1227, AyyItsChevy, and Comicstorian–will show off the new mount as part of a livestream event on June 3. They are raising money for the Children’s Miracle Network. Additionally, Butterfinger announced it will donate $50,000 to Extra Life as part of this promotion.