Nintendo has shared a new volume in its Metroid Dread Report series. This one largely explains many of the hallmarks of the Metroid franchise for uninitiated players, but it also sheds some light on the new Power Suit that Samus sports in the upcoming Switch game.

According to the post, the slick new suit that Samus wears in Metroid Dread is actually the organic suit from Metroid Fusion “gradually returning to its original form.” As the development team explains:

“In Metroid Dread, Samus’s suit appears to have changed quite a bit from her previous missions. This is the result of the organic suit from Metroid Fusion–which was greatly transformed following the attack by the X parasitic lifeform and the injection of the Metroid vaccine–gradually returning to its original, mechanical Power Suit form.”

Samus received the organic Fusion Suit at the beginning of Metroid Fusion, after being infected and almost killed by the X parasites. The X can inhabit and mimic other lifeforms, making them one of the most dangerous threats in the galaxy. As you learn in Fusion, the titular Metroids were actually created to prey upon the X, but the Metroids’ extermination at the hands of Samus during Metroid II (and its 2017 3DS remake, Metroid: Samus Returns) led to the X’s resurgence. Samus seemingly destroys all the X parasites by the end of Fusion, but she receives a transmission that some may still exist on planet ZDR, setting the stage for Metroid Dread.

Beyond that, the new post also gives us a closer look at Metroid Dread map screen. This one is much more detailed than previous games in the series, displaying the actual terrain within each room. It also allows you to place up to six markers to highlight points of interest. You can look at some screenshots of the map screen below. 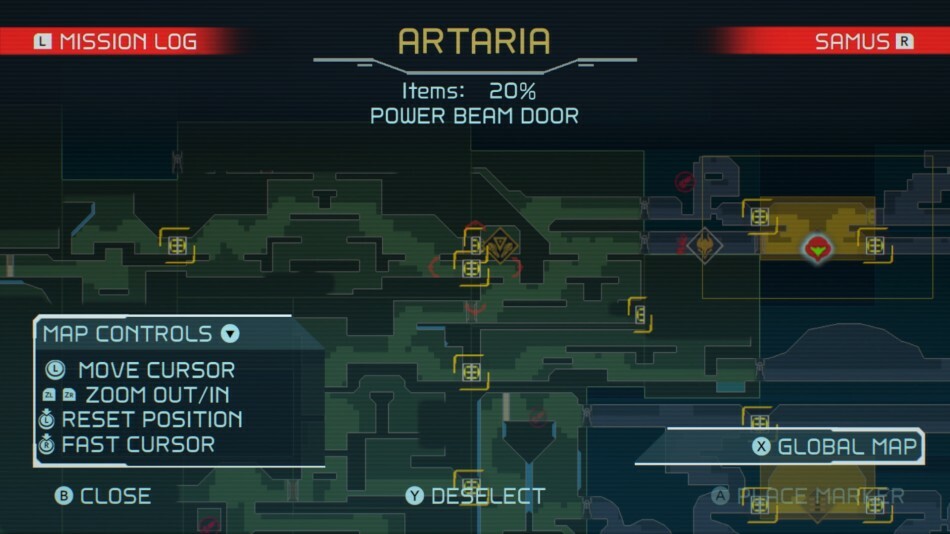 Metroid Dread launches for Nintendo Switch on October 8. The game will release in standard and collector’s editions, the latter of which includes a steelbook game case, art book, and collectible art cards. You can learn more in our Metroid Dread preorder guide.