Tom Clancy’s XDefiant Is A Free-To-Play Shooter Mashing Up Splinter Cell, Ghost Recon, And The Division

With rumors swirling of a new multiplayer game coming from Ubisoft, codenamed “Battlecat” in early leaks, we finally have the first details of Ubisoft’s next free-to-play multiplayer shooter–Tom Clancy’s XDefiant. Developed by Ubisoft San Francisco, XDefiant is a 6v6 team-focused shooter that’s more in the vein of Overwatch and Call of Duty than the tactical cover-based shootouts from recent Tom Clancy games. While Ubisoft’s slate of games based on that franchise has stuck mostly close to military-realism and gritty storylines, XDefiant is described by Ubisoft as a fast-paced, “punk rock” take on a Tom Clancy game.

Ubisoft has released an announcement video that provides a general overview of Tom Clancy’s XDefiant, which leans heavily into quick, over-the-top skirmishes with other players. In an unusual twist for a Tom Clancy game, it’s also something of a mash-up of Ubisoft’s slate of military action games, incorporating gadgets and other elements from franchises like Splinter Cell, The Division, and Ghost Recon. This shooter will be a new live-service game for Ubisoft, which will see updates and new content over time. The developers have also hinted that XDefiant could go “beyond” the Tom Clancy universe, perhaps even adding factions from other Ubisoft franchises.

The announcement video showcased the different available factions in their element, and they definitely use some familiar tricks and tools that players have seen from other titles. To be clear, you’re not playing as established characters from previous Tom Clancy games, but rather fresh operatives who will move up the ranks. With the four playable factions–focusing on the Echelon, Cleaners, Outcasts, and Wolves–you’ll be able to pick a side and expand your character’s abilities and arsenal, which also include team-specific ultimates to let loose during fights. The operatives of the Echelon faction uses the same tactics and skills that the super-spy Sam Fisher had in the Splinter Cell series. The Cleaners and Outcasts also carry over many of the familiar gadgets and skills they used as antagonists in The Division. Finally, the Wolves from Ghost Recon: Breakpoint also make an appearance, and they’re bringing with them their advanced crowd-control weaponry. 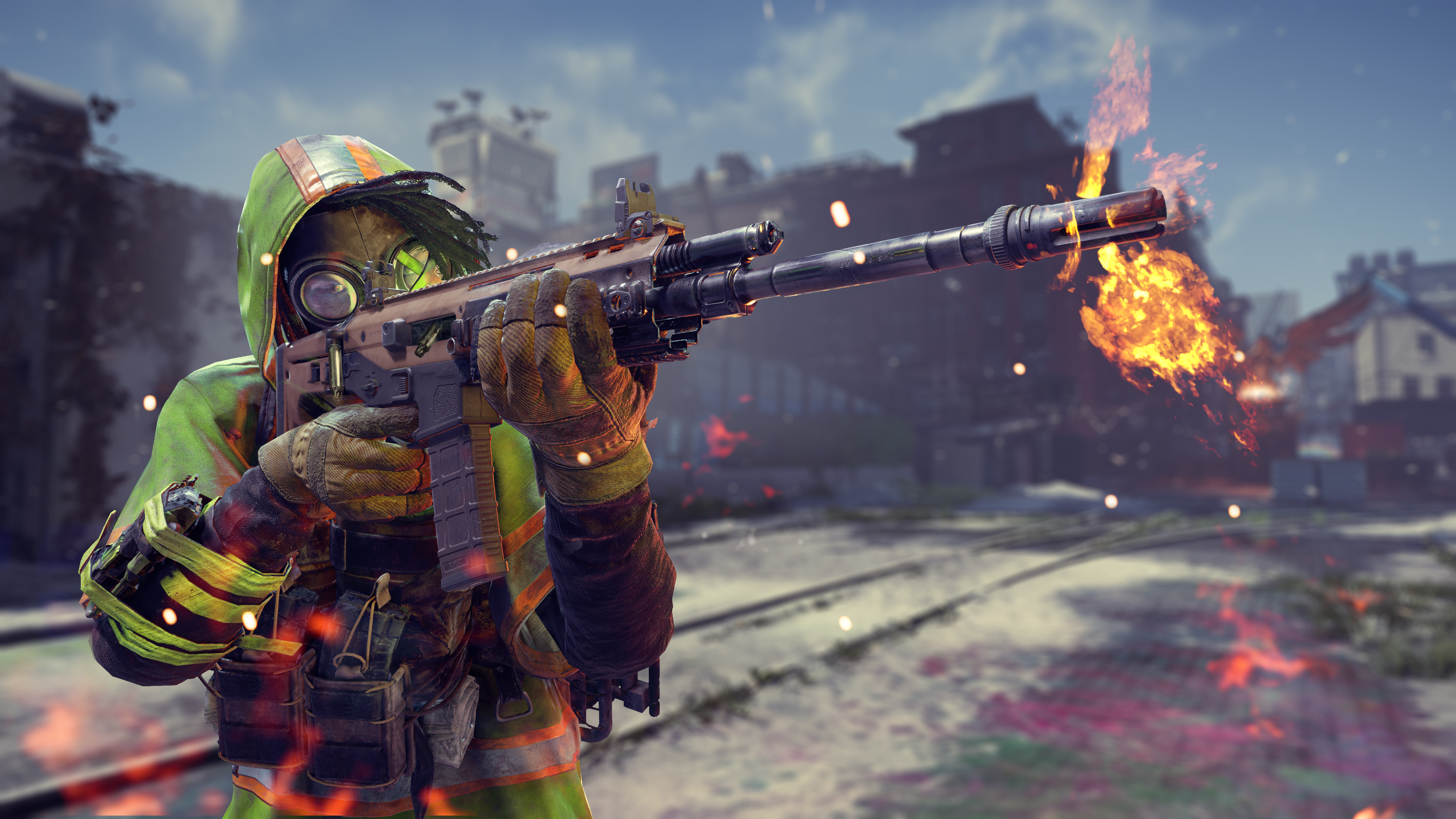 Here’s a quick rundown of what sort of archetypes these factions fall into, and the gadgets they’ll rely on:

The developers stated that Tom Clancy’s XDefiant will also focus heavily on customization, allowing you to deck out weapons and cosmetics as you see fit. PPlayers will be able to get their hands on the game sooner than you might expect: The first playable beta test for the game will go live on August 5, which will be for players who sign up on the official website. If you want to see more gameplay of the new shooter, we have a short clip to share to below.

Essentially, Tom Clancy’s XDefiant is all star game filled with the greatest hits of the Ubisoft X Tom Clancy game universe. It’s not quite a Super Smash Bros. take on Tom Clancy, but it still looks like an interesting and totally ridiculous spin-off–which is always welcome. While the gameplay looks fun, if a bit early, I still feel that I might need more time to wrap my head around the concept of a “punk rock moshpit” version of a Tom Clancy game–two concepts that seem so diametrically opposed to one another in terms of tone and general philosophy. Still, I’m intrigued, and it looks like it could be a quick and satisfying shooter to get into.