Developer Respawn has released a new version of its free-to-play shooter Apex Legends. Called the Bangalore Edition, it bundles together a number of cosmetics and premium currency for $20 USD. 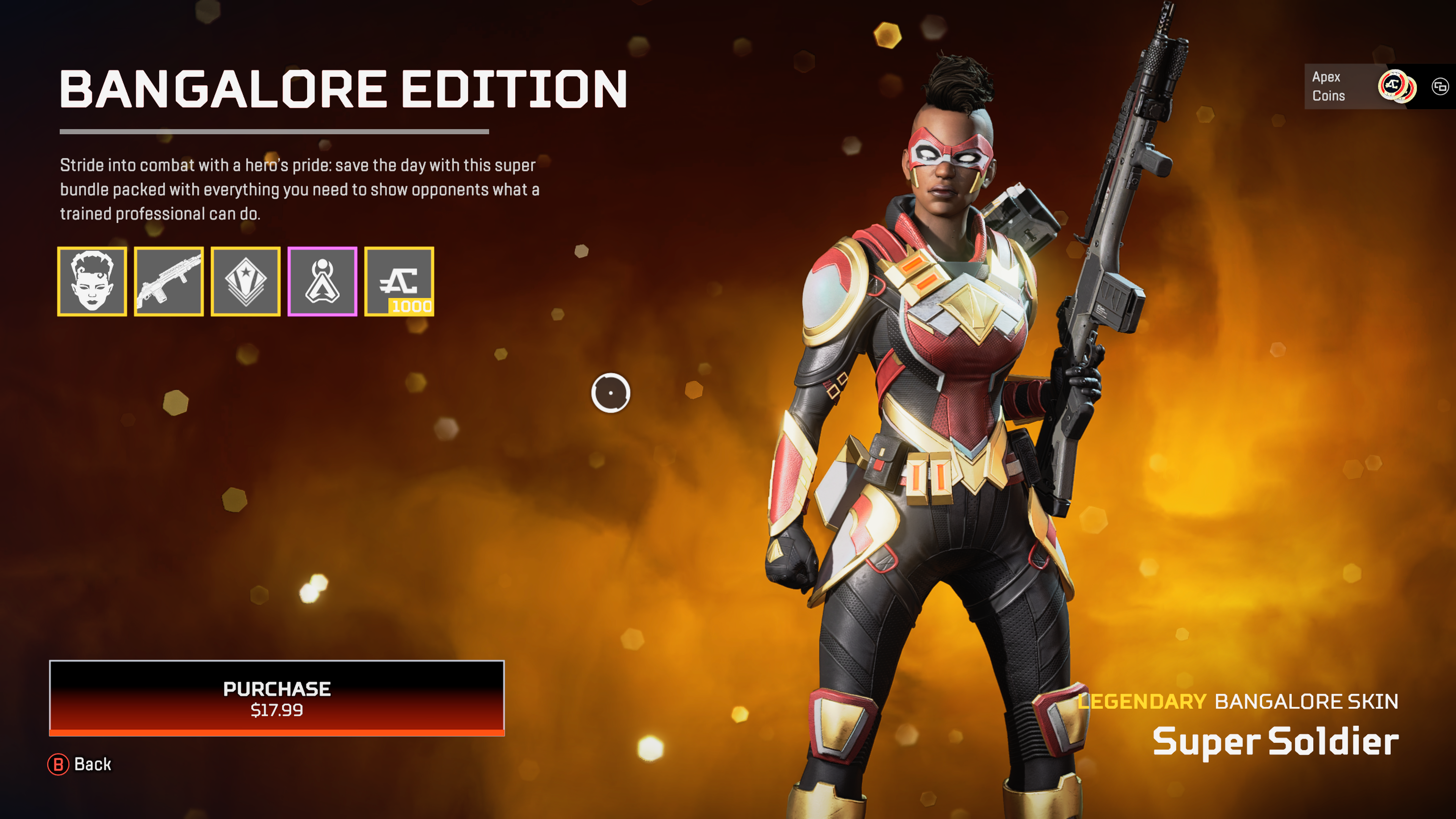 In addition to these cosmetics, this version also comes with a special badge and 1,000 Apex Coins (which normally cost $10). You can grab the Bangalore Edition now on the PlayStation Store, Xbox Store, Steam, Origin, and Nintendo Store. If you have EA Play, you can get the Bangalore Edition for $18.

In other Apex news, Respawn recently nerfed an SMG and LMG, and it plans to tone back the power of Seer this week. In addition, Apex Legends Season 10 Emergence is going on right now, which added Seer and overhauled an old map. If you’re curious about the new Legend, you can take a look at GameSpot’s guide on how to play Seer. There’s also a deal going on in the in-game store that lets you buy special, recolored versions of legendary skins for Wraith, Horizon, Loba, Revenant, and Bloodhound.