Mountaintop Studios, a new studio co-founded by Oculus co-founder Nate Mitchell and staffed with alumni from some of the industry’s biggest companies, has released the first artwork from its as-yet unannounced debut game. The game is set to be a PvP FPS and is currently untitled. 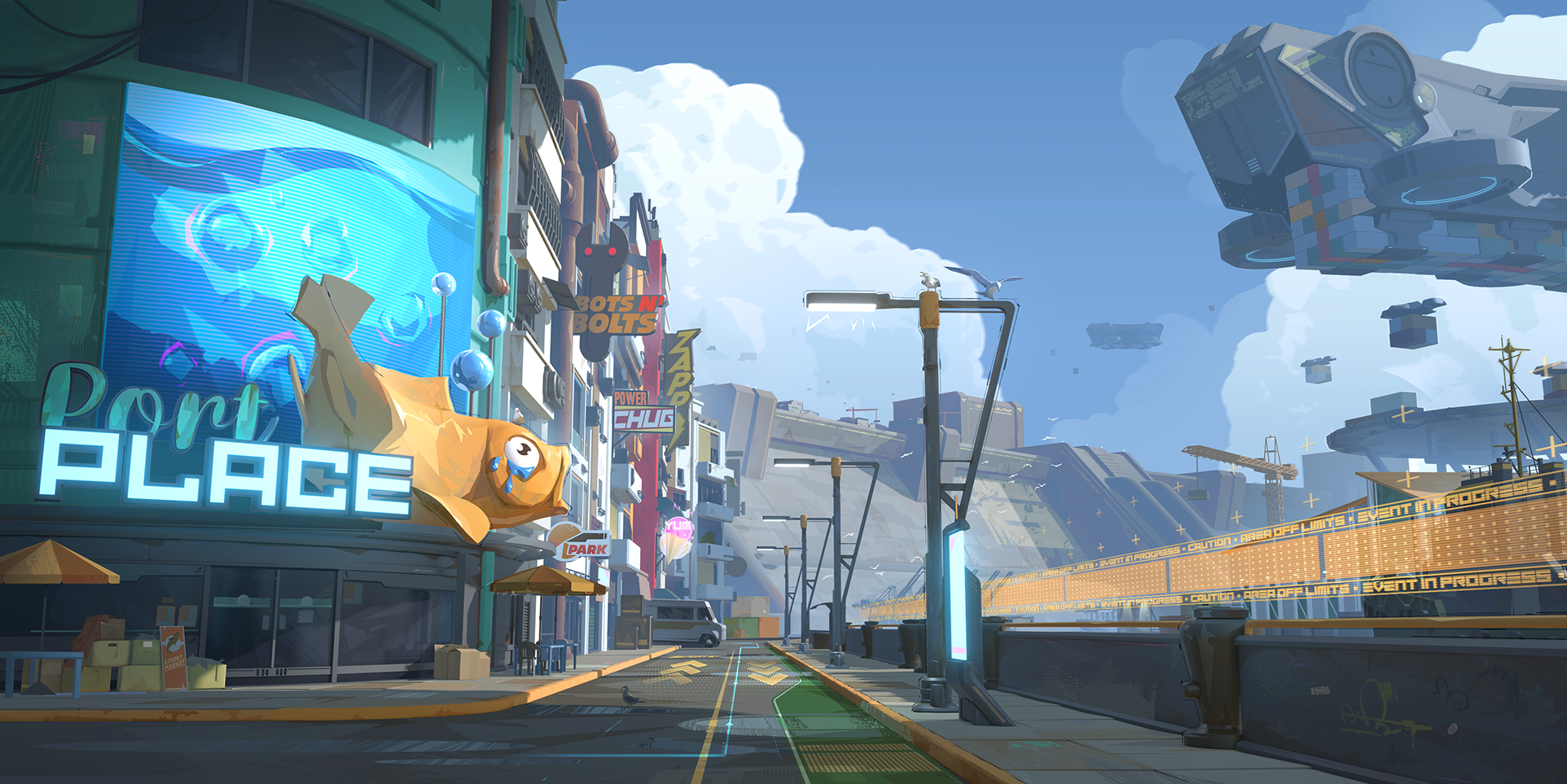 The artwork shows a futuristic-looking street corner featuring a row of shops fronting onto a shipping port. A number of hovering cargo ships dot the sky, while a streetlight plays host to two seagulls. A sign for a shop named “Bots N Bolts” hints that robots are a common part of life in this world, but everything else about the new IP is up for speculation.

Mountaintop Studios is currently made up of 35 developers who are veterans of studios including Epic, Blizzard, Naughty Dog, Respawn, Infinity Ward, Ubisoft, Raven, Turtle Rock, Double Fine, PopCap, and Oculus. The studio will be using $30 raised in a recent round of funding to add to these ranks, growing the team in order to produce the debut title.

“Philosophically, we believe in discovering the best version of our game through a consistent cycle of exploration, prototyping, playtesting, and iteration,” the Mountaintop press release reads. “We’ve been playtesting the game since the earliest days of the studio, and it’s made a huge difference in bringing us further, faster.”

Players will also be invited to the playtesting process when the studio is ready, with the press release asking interested fans to sign up for Mountaintop’s newsletter to be the first to hear about Alpha playtesting opportunities.