Note: This guide focuses on the Bedrock version of Minecraft, available on Windows 10, Xbox, PlayStation, Switch, and mobile.

There aren’t many truly inhospitable biomes in Minecraft, but it’s easier to make a life in some than others. These temperate biomes are the easiest place to start whether you’re logging in for the first time or are a Minecraft veteran. Below, we detail everything you need to know about them.

Plains are one of the most common biomes–even if you’ve never played Minecraft, you’ve probably seen a screenshot of plains. This biome is mostly flat, though it can have some trees as well.

Forests are as common as plains and typically feature dense oak and birch trees and lakes. Forests are the only biome that can spawn wolves; tame these good boys with bones, and they’ll stick with you and help protect your base. All common, non-biome-specific hostile mobs can spawn here. Rarely, you might find a lava pool, which can cause nearby trees to catch fire.

There are a number of different subtypes of forest: 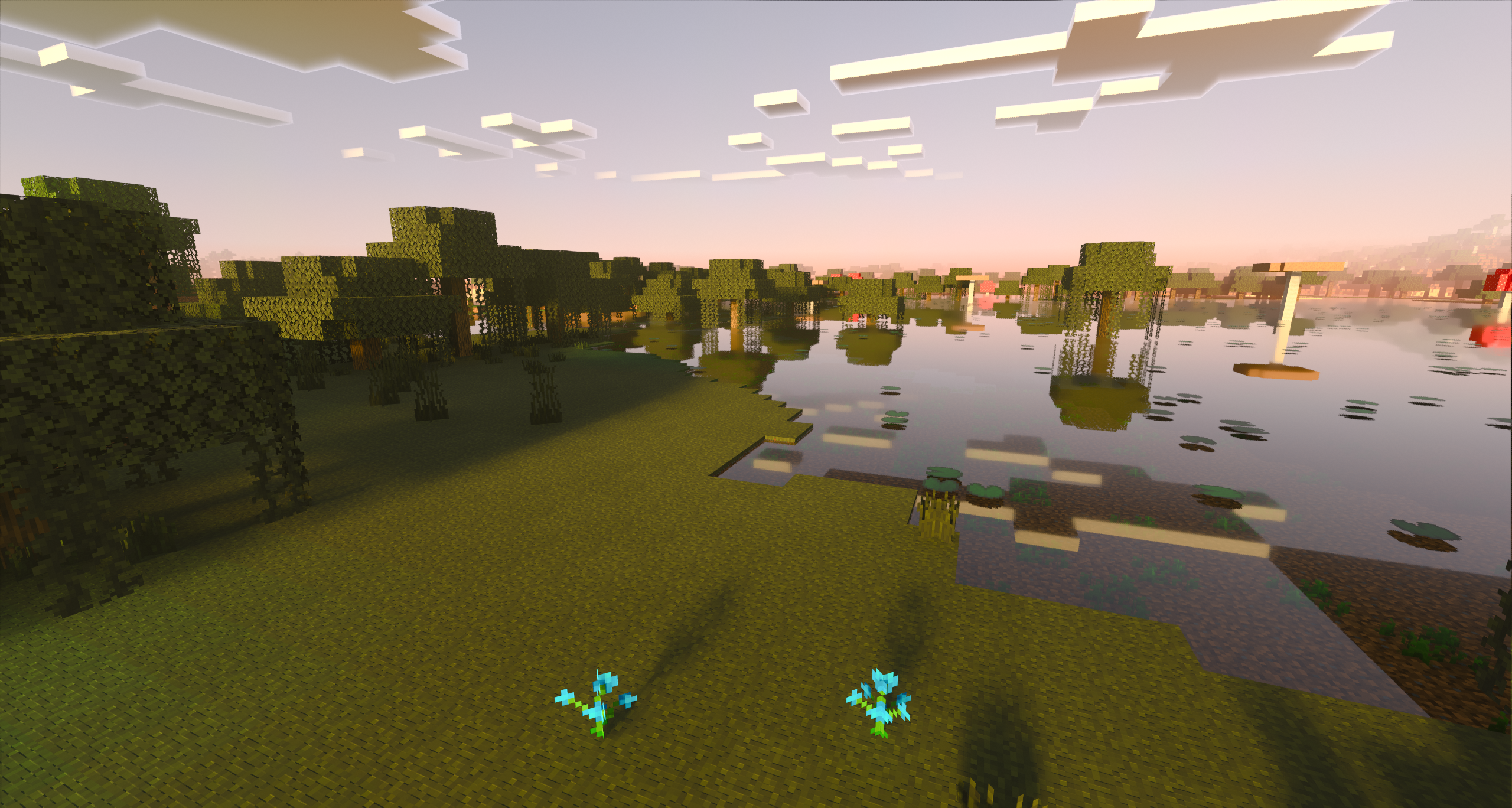 Swamps are common but dangerous. This dreary biome is relatively flat but dotted with gray-green patches of unusually shallow water. Oak trees grow here, draped with vines, and this is the only biome where you’ll find lily pads and blue orchids.

Most importantly, though, this biome can spawn slimes above ground at night, and swamps can spawn witch huts.