Save Up to 70% Off at Super Value Deals!

In Minecraft, few things are certain apart from death and the respawn screen that follows. There are so many varied ways to die, each with their own particular frustrations. From explosions to fire, here are all the most common ways to die–from the frustrating to the truly silly.

Falling From A High Place 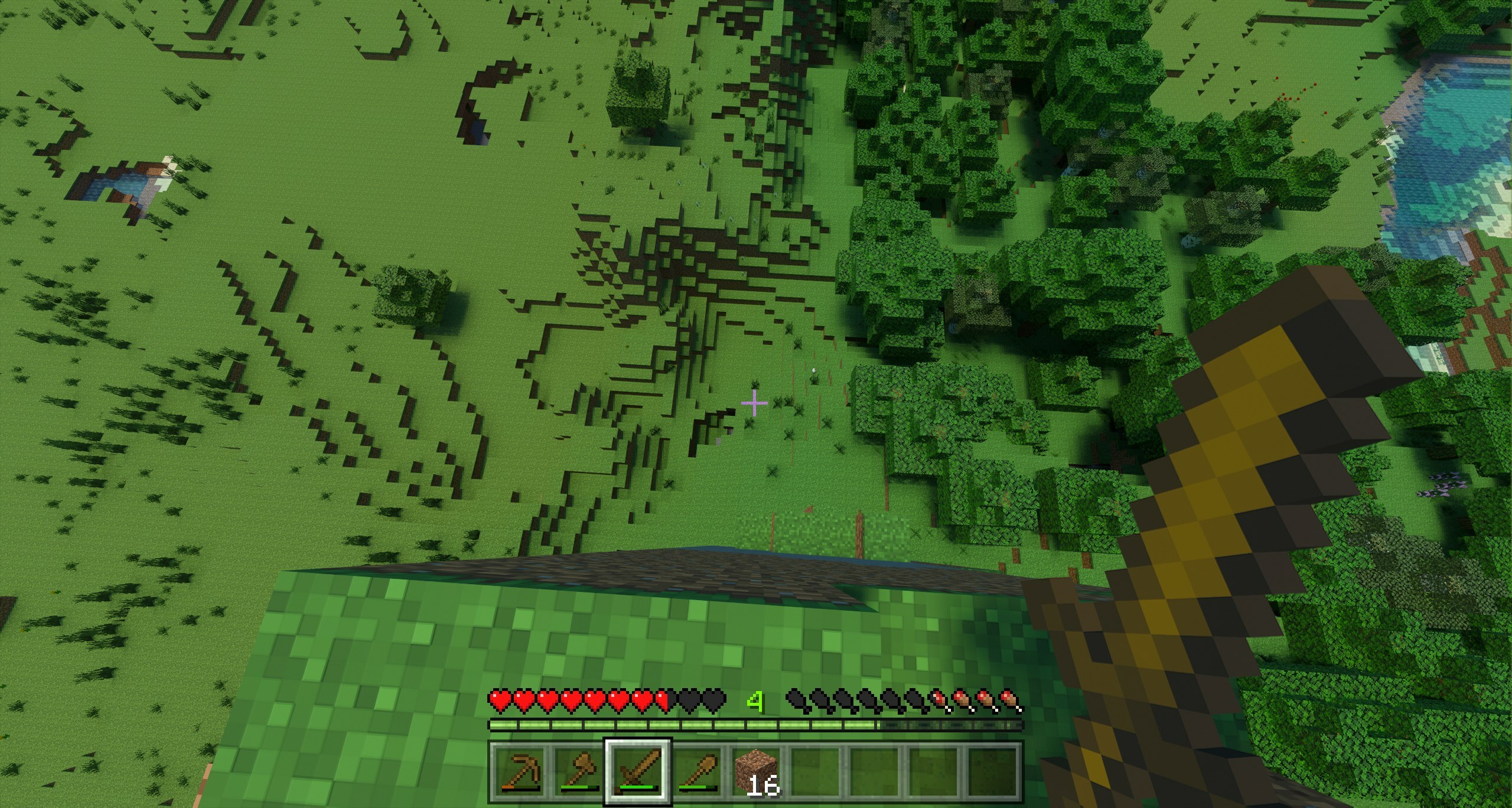 Death by falling is preventable; you can avoid high places to minimize your fall damage, and if you need to skirt a cliff or high spot, you can crouch so that you don’t walk off of a ledge. It’s also possible to enchant boots with Feather Falling to ease the damage that comes from the fall. With that said, you will fall to your death at some point. Whether it happens in a cave you’re exploring or because you decided to build a treehouse, height is one of the greatest dangers in all of Minecraft, and it is especially frustrating because often, the only person you can blame for your death is yourself. Unless you haven’t slept in a few days and a Phantom bumps you off. Oops. At least when you fall in the Overworld, you can get your stuff back if you can find the spot where your corpse smacked into the ground. 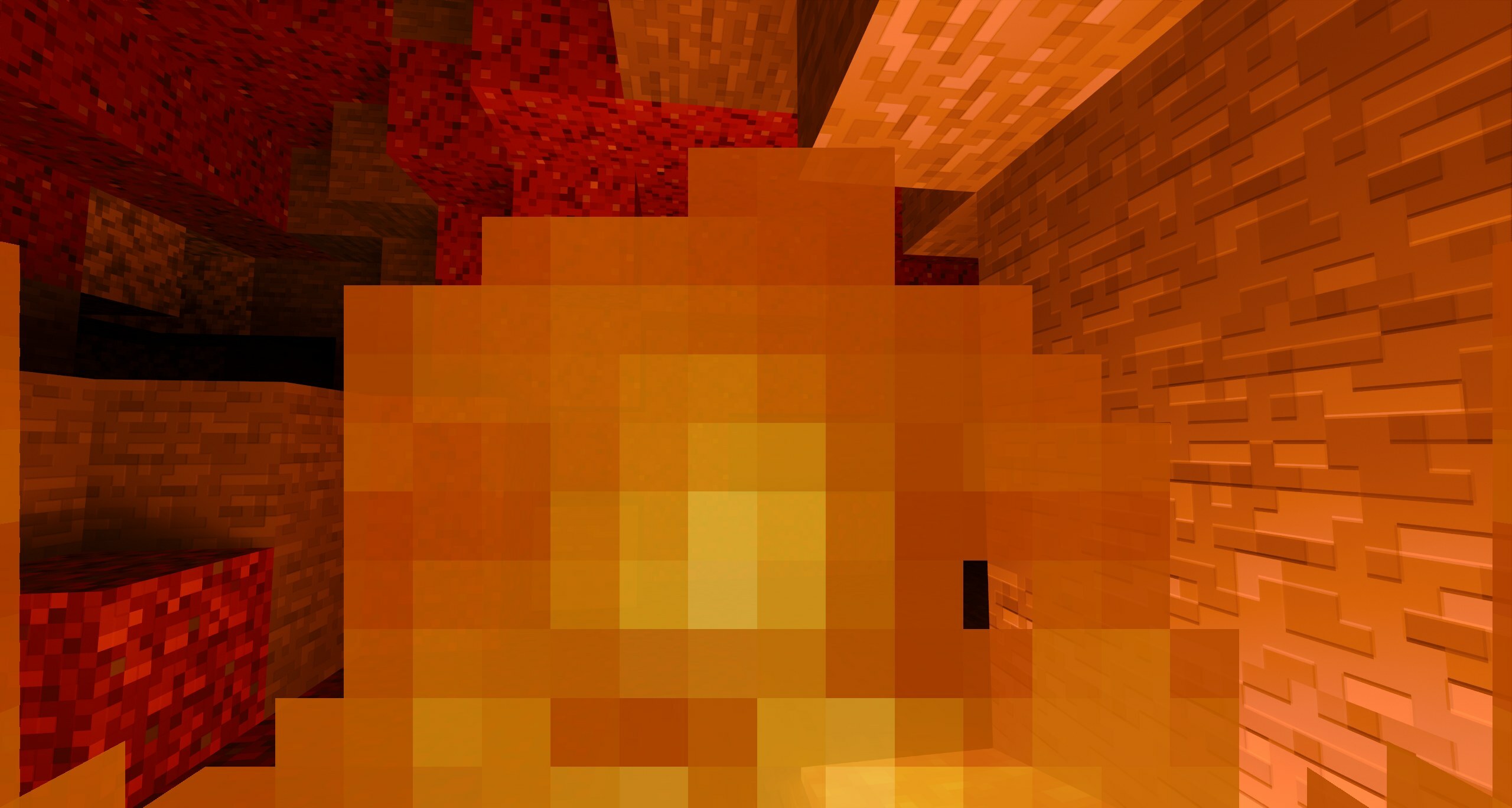 Of course, even in the Overworld, if you die in lava, all your hard-won items and armor are gone. Lava is all over the place, from strange patches in the plains and the bottom of deep canyons, to basically everywhere in the Nether. It’s an awesome sight to behold, but one of the most dangerous types of block to be near. If you can make it past the initial hump of the Minecraft grind and get into the Nether, you’ll be able to acquire the ingredients for a Fire Resistance potion, which renders lava more or less harmless as long as you stay prepared, but even then, you still have to stay prepared.

Falling In The End

The worst fall you can take, though, is in The End. It takes a long time to get there–you have to find an End Portal, which requires acquiring Eyes of Ender, which requires getting Ender Pearls and Blaze Sticks–and both of which can be pretty risky to obtain. All that hard work will get you to The End, a place of empty, dark skies and bottomless space below strange yellow islands. A fall in The End means death, of course, but it also means that all the items you have on you are gone for good. Most anywhere else, you can fall and get some of your stuff back, but in The End, it doesn’t even matter.

Most blocks in Minecraft do not adhere to gravity, letting you make unsupported bridges, floating islands, and whatever else your heart desires. There are a few blocks, like sand and gravel, however, that will fall unless supported by another, non-gravity block. These blocks have their uses, but when you’re mining underground, they become liabilities. These are why you need to keep a shovel in your hotbar even when you’re only interested in blocks that give way under a pickaxe.

Should you find yourself buried under gravel, you’ll begin to suffocate, draining one heart every half second. If you’re topped off, that gives you five seconds to live, so keep that shovel handy to dig yourself out. It’s worth noting that getting your head stuck in any solid block–a block that takes up the whole cube of space–can begin suffocating you, but that’s much less common and is much more of a glitch–we’ll talk about those later. 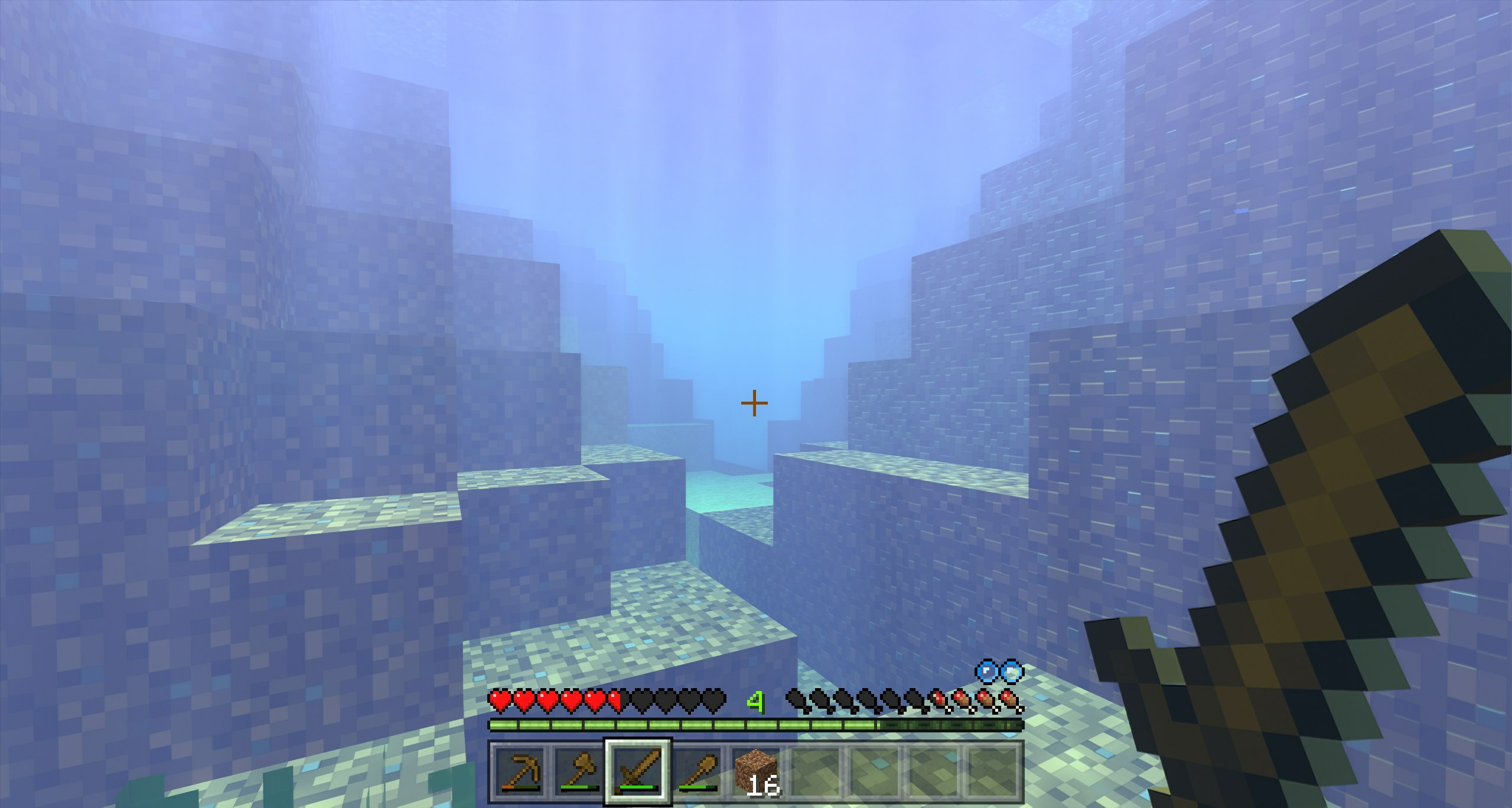 There’s a lot of cool stuff underwater in Minecraft, from coral to ocean monuments. The thing is, you can only hold your breath for about 15 seconds before you start taking damage. This one you can more or less plan for by piling up blocks and hollowing them out to create tunnels, by finding or brewing potions of Water Breathing, and by enchanting your items properly. You can also avoid drowning by staying away from the water, where Steves were not meant to tread. 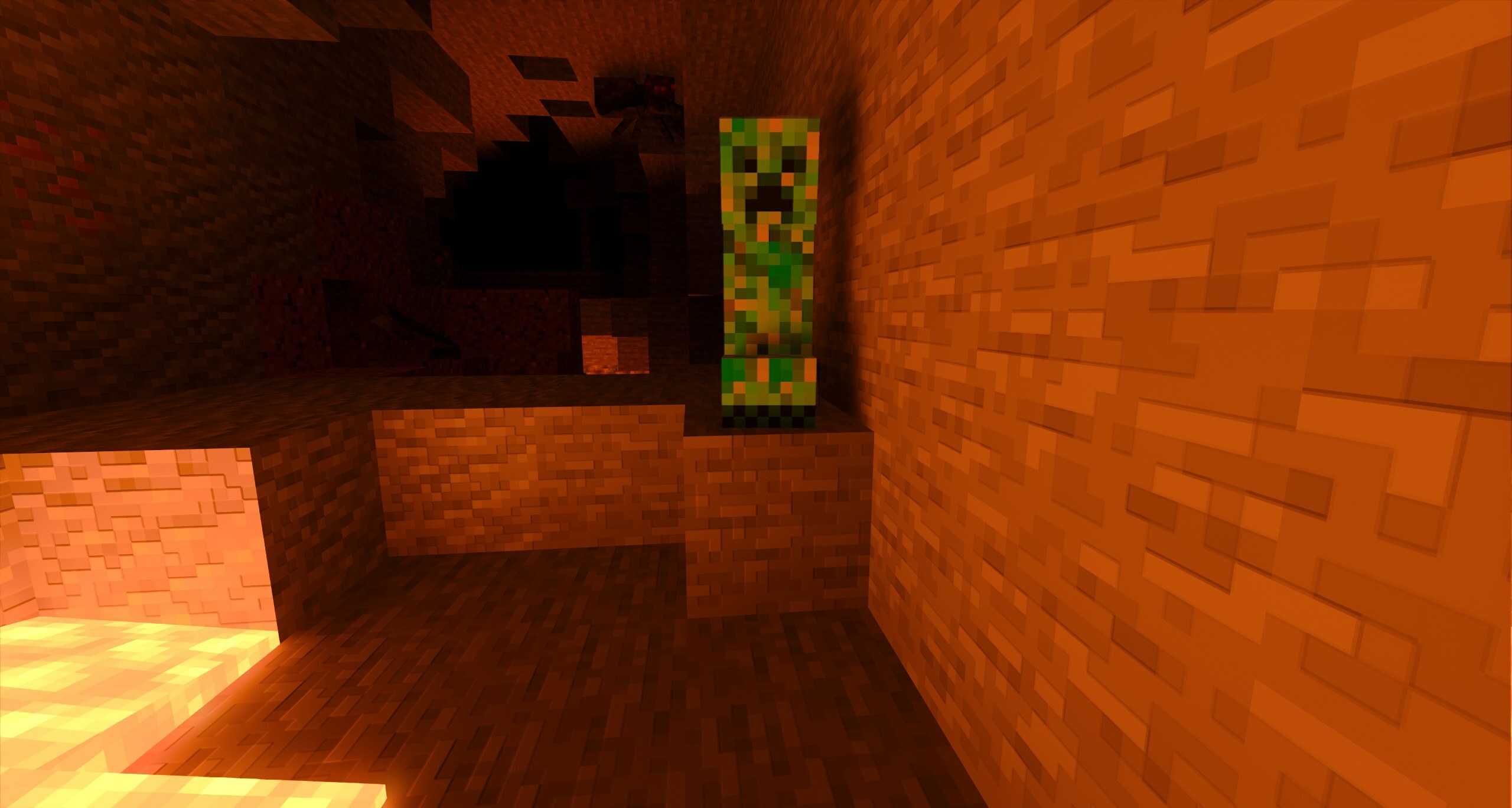 Every hostile monster, or mob, is a potential danger in Minecraft, but most of them you can deal with by building a quick-and-dirty dirt hut or giving them what-for with your sword or bow. Creepers, though, are a different story. If Minecraft has a single iconic monster, these green weirdos are it. They’re deadly silent until they get within a few blocks of you, at which point they begin to hiss and, a few very short moments later, explode. It’s as maddening as being intentionally startled by a sibling, and without armor, it can mean a very quick death. What’s more, Creepers’ explosions can rip through your buildings and kill you behind weak walls, so many simple structures won’t provide adequate protection.

TNT can be a useful tool for mining or taking down a large structure, but it’s a sensitive one. When working with TNT, make sure you always have a quick escape plan. Should you accidentally ignite it, you have four seconds to get away before the deadly explosion goes off.

Trying To Sleep In The Nether (Or The End)

Old habits die hard, and some habits will get you killed. Sleeping is a key mechanic in Minecraft that allows you to pass time quickly and staves off Phantoms, those creepy dive-attacking bat-things in the sky that appear when you’ve gone too long without rest. In the Nether and The End, though, there is no time, no day, no night. You don’t need to sleep. But when you’re on a server with other players and one says “Hey can we all sleep?” sometimes habits kick in. You throw down a bed and get ready to snuggle in–but in these other dimensions, beds quite literally explode, doing heavy damage.

With that said, exploding beds are a great way to clear out space in the Nether when mining for Ancient Debris–the key element in making those nigh-invulnerable Netherite items. 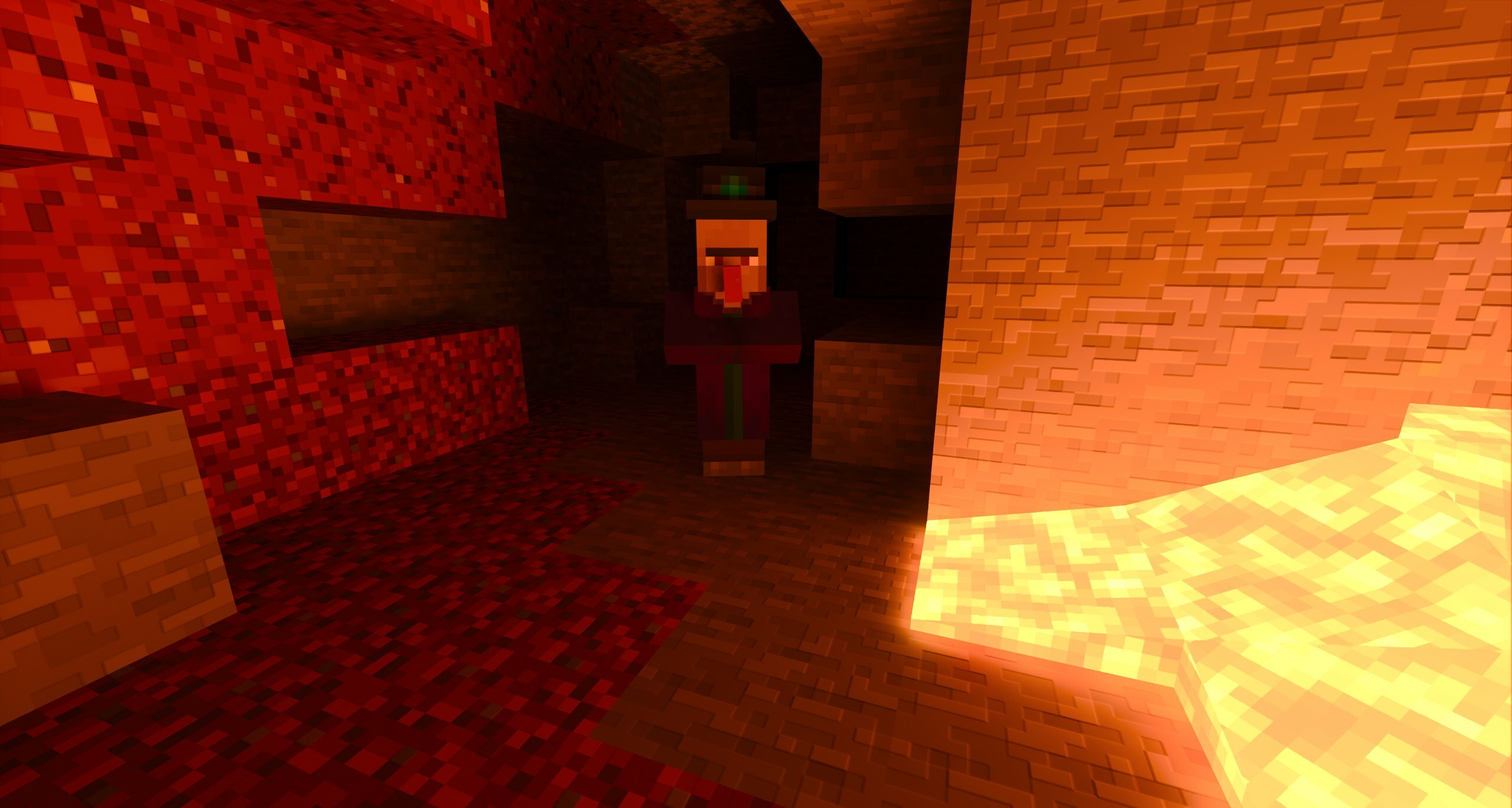 Apart from the Creeper, the other truly infuriating hostile mob in Minecraft is the Witch. First off, they have that cackle, which acts as a warning signal before they get you and a taunt afterwards. Witches throw bottles of deadly potion with the accuracy of a pro pitcher, and their potions will take you down to your last sliver of life. They won’t kill you outright, but they make you a ripe target for even an unarmed zombie or a skeleton with a bow to put you out of your misery.

Corrupted villagers, known as illagers (perhaps the best name for a thing in all of Minecraft), wander the Overworld. They have their own outposts, but you can find them near villages, where they’ll attack the good, nice villagers that produce wheat and trade for items. Killing an Illager Captain will begin a multi-stage raid with enemies you don’t see elsewhere, including Vindicators, Ravagers, Evokers, and the Vex that Evokers summon. These raids are fun when you’re properly equipped, but if you start one without knowing what you’re in for, they can be terrifying or deadly. 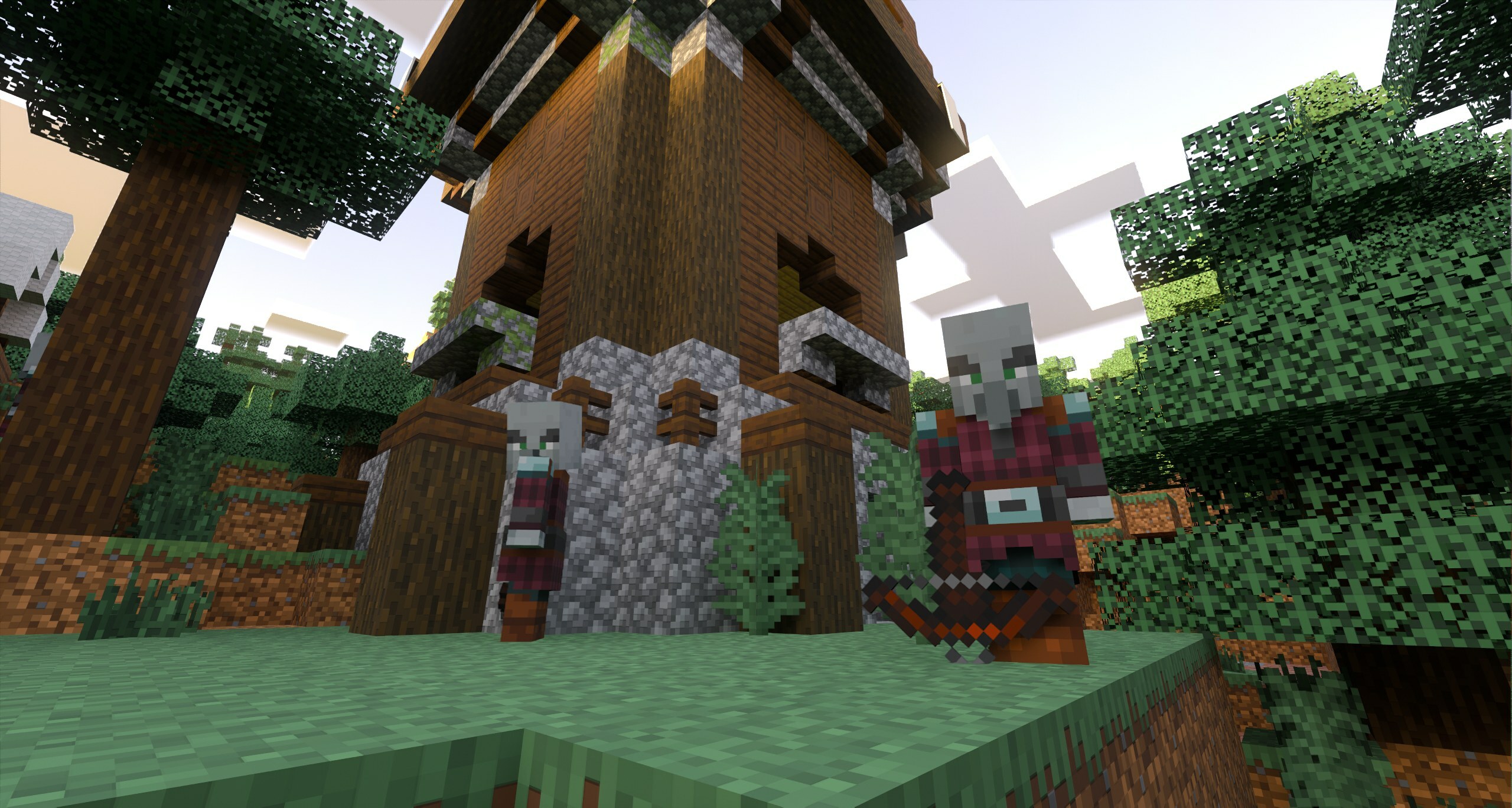 Should you kill an illager, you’ll be cursed with the Bad Omen status effect, which will begin a raid as soon as you’re within distance of a village. You can end the Bad Omen effect by defeating all stages of the raid, waiting 100 minutes for it to wear off naturally, or by any of the other methods for removing status effects. Those include drinking milk, dying, being saved by a Totem of Undying, or by going through an End Portal.

You AFKed In The Wrong Place

Mob-proofing a space is a key part of making a sustainable Minecraft experience. It’s not a perfect science though, thanks to the interplay of light, sealing up spaces, and the rules behind monster spawns. When you’re in large spaces or a mob farm, it can be easy to think you’ve mob-proofed a place and walk away from the game, only to come back later to a respawn screen. If you have to go AFK, put all your important stuff into a chest to make sure you can get it back should the worst happen. 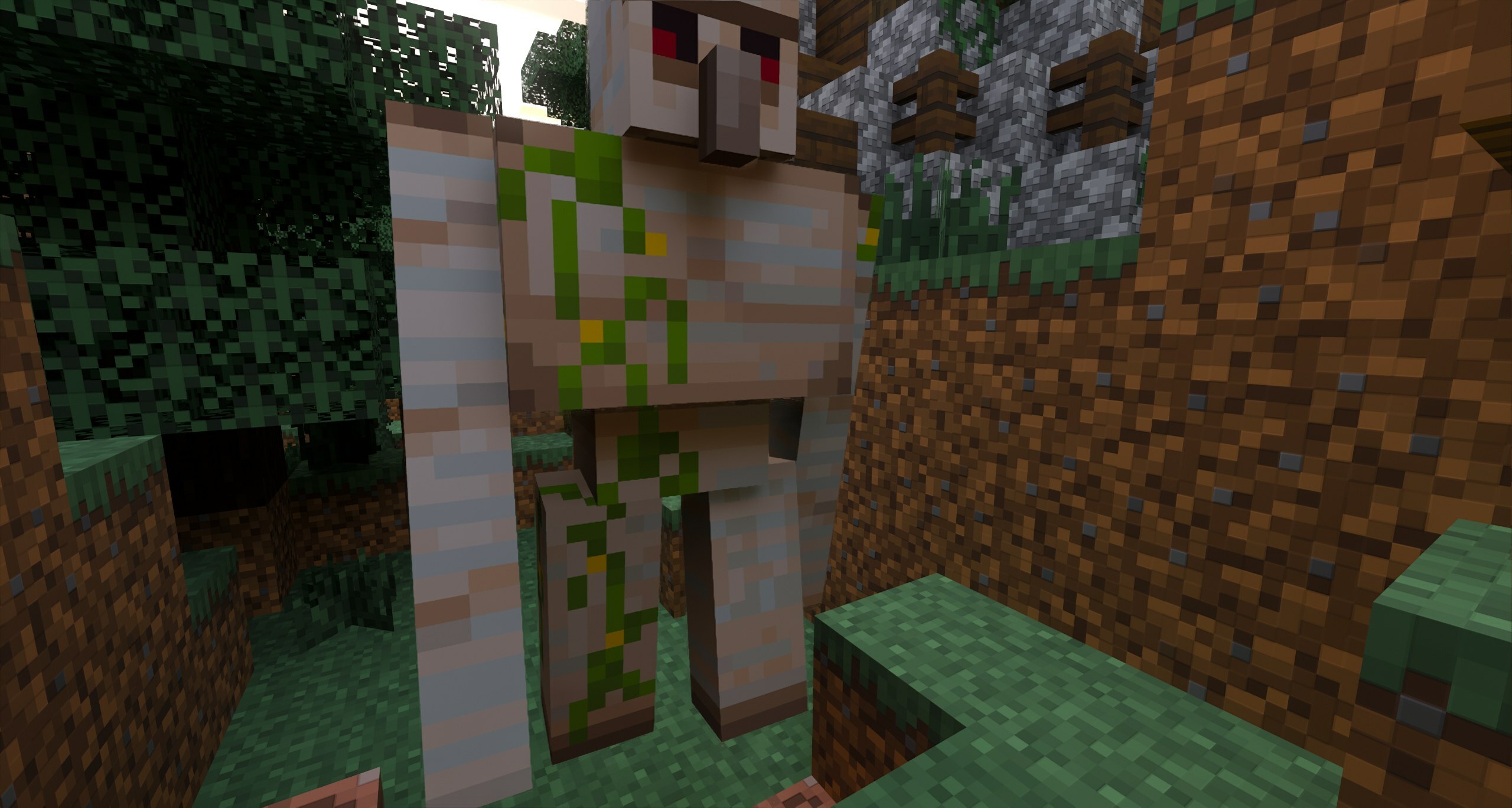 Iron Golems are passive mobs that protect villages. You can basically clean a village out without attracting the ire of a golem, but if you should attack or kill a villager–or worse, a baby villager–the golem will go into protection mode. When a golem smacks you, you’ll go flying and lose anywhere from 7 to 21 half hearts. It’s probably better to run.

Your Trusted Friend Shooting You In The Back

Listen, when you’re getting used to the controls of Minecraft and haven’t really used a bow much, and your friend is in front of you when you’re trying to shoot at a zombie, bad things can happen. Just apologize and hope it doesn’t become a recurring joke on your Minecraft server.

Aside from the above betrayal, glitches are quite possibly the worst way to die, and are a great reason to keep doubles (or even triples) of all your items. The glitches you’ll face in Minecraft vary from version to version. A recent glitch caused player characters to fall through blocks when on a rail under certain circumstances, ending up trapped inside a block or falling to whatever’s below–ground, water, or even lava–and taking damage that way. These deaths are often fast and unpredictable. Thankfully, though, they also tend to be quite rare.