Just about every week brings something new to Destiny 2, whether it’s story beats, new activities, or interesting new combinations of elements that let players devastate each other in the Crucible. Iron Banter is our weekly look at what’s going on in the world of Destiny and a rundown of what’s drawing our attention across the solar system.

Most years, Destiny 2‘s Festival of the Lost event is just a fun distraction–a chance to dress up with in-game masks and buy some fun Halloween-themed armor in between regular bouts in the Crucible or ventures into raids. This year, though, Bungie has elevated the event in a really fun way, creating a campfire tale-like ghost story that unfolds in parts. Uncovering the secrets of the Headless Ones is a lot of fun, and a great reason to keep diving into those Haunted Lost Sectors.

It hasn’t all been s’mores and scares around Destiny 2 this week, though. A whole lot of discussion has been had about the two dungeons Bungie is releasing in Year 5, what they’ll cost, and how you’ll get access to them. Many in the community are…less than enthused. Get ready for some highs and some lows.

The situation with the dungeons is this: When The Witch Queen launches in February, you can buy two different versions of the expansion in order to get it. The standard edition costs $40 USD and comes with just the expansion content; the Deluxe Edition is $80 and includes the expansion, some additional cosmetics, all four season passes for Year 5, and two dungeons that will be released at some point during the year. If you don’t buy the Deluxe Edition, you don’t get the dungeons.

Though this was announced back during Bungie’s Witch Queen showcase, players didn’t really pick up on the discrepancy until recently. Then Bungie clarified the situation: You will need to upgrade to the Deluxe Edition to get the dungeons. There may be some kind of path for purchasing them in the future as well, but there’s not a lot of clarity there. It seems that if you get the standard Witch Queen and opt to buy Year 5’s season passes piecemeal (about $10 each), you won’t be getting the dungeons as part of that deal.

I already wrote a separate opinion about the dungeon debacle–I think the situation isn’t quite much ado about nothing, but the animosity toward being charged for high-quality content is a bit excessive. After all, if you get the Deluxe Edition, you get all four seasons for what they’d normally cost, plus the dungeons basically for nothing. If and when Bungie adds a path to buy the dungeons separately, it seems like they can’t possibly be very costly. The Deluxe Edition of Beyond Light was $70, while Witch Queen’s is $80 and includes dungeons, suggesting that each runs about $5. Tough to get too upset when you can spend more on a pumpkin spice latte (and I have been, a lot, this fall). 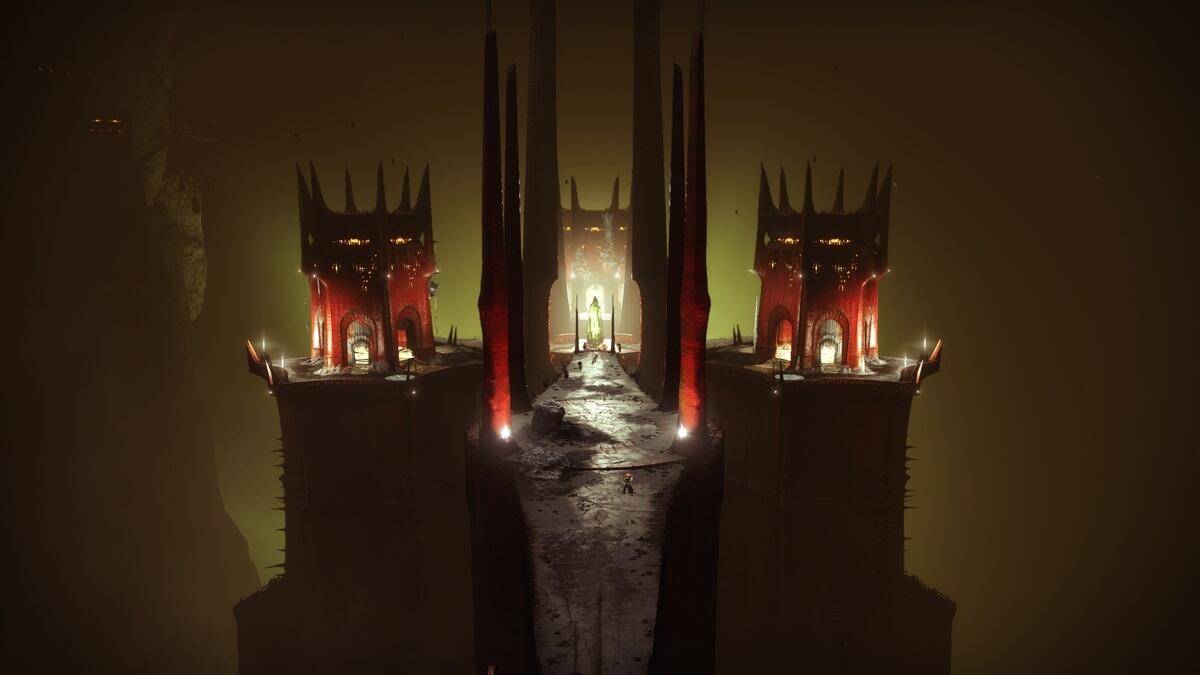 That said, I agree that Bungie needs to clean up and better explain its content sales approach for things like this. First, there’s the issue that you can’t seem to get the dungeons any other way than upgrading your purchase, which means leaping from spending $40 to spending $80, even if you don’t want all those seasons. I don’t know why you’d be enough of a Destiny 2 player that you’d want the dungeons but not the seasonal content, but that’s not for me to guess–allowing for strange use cases and customer freedom is what free-to-play models and a la carte purchasing are all about.

Right now, if you wanted to play the Presage Exotic mission and you’d purchased Beyond Light and the current content season, you’d be locked out of the mission. You can purchase past season passes, and thus get Presage, but you’d have to buy all four of them, instead of just the one you need. So you’d be repurchasing the Season of the Lost, plus buying two seasons you don’t want, to get the one mission that you do. The dungeon upcharge situation feels a lot like that, and that frustration makes sense to me.

To some degree, I wonder if Bungie’s efforts to convert Destiny 2 from a paid release with definitive expansions to a seasonal, live-game model has created some of these issues. I suspect there are some back-end issues that limit the ways the developer can doll out content–because surely if they could make it easier, it seems like it would make more financial sense to give more options. We don’t know, though, and that’s kind of the point; it’s easy to get mad about upcharges on dungeons (content that has either been free or included in the cost of expansions in the past) when you’re not sure what you’re paying for.

I had more coherent thoughts about the whole situation earlier this week, but I hope Bungie can opt for a clearer and more consistent pricing plan. I really don’t mind paying for good Destiny 2 content, and honestly, Destiny 2 remains a great deal in my eyes. But the confusion can be tough to deal with.

Okay enough about (shudder) monetization, let’s talk about something less horrifying: horror stories. The Festival of the Lost this year is full of ’em with the new Haunted Lost Sectors activity, and I’m finding the entire endeavor pretty delightful. The activity itself is a fun, quick pastime, and feels a little less involved and easier-going than Haunted Forest of past years. It’s the narrative angle that’s making me want to settle in for more ghost stories, though.

The Haunted Lost Sector activity is predicated on the idea that Glint, the Crow’s Ghost, is obsessed with these strange legends he’s heard of “Headless Ones.” Apparently, these stories of headless monster things had been going around for years in Destiny 2, but nobody really believed in them–they were urban legends, or maybe post-apocalyptic alien wilderness legends?

As we see in the Lost Sectors themselves, however, the pumpkin-topped Headless Ones do exist. Playing the game during the Festival unlocks lore pages from the Tales of the Forgotten book, and those lore pages fill in what the hell is going on with these guys, who are a mix of the Headless Horseman that chased down Ichabod Crane and some kind of Jason Voorhees-ass Hive knights.

I can’t implore you enough to read the Book of the Forgotten–it is excellent. You can unlock the whole thing during the Festival of the Lost activity, which will earn you in-game stuff, but if you’d rather just read it all, you can catch it on the Ishtar Collective. In any case, read it, because it is an excellent addition to Destiny 2’s story. 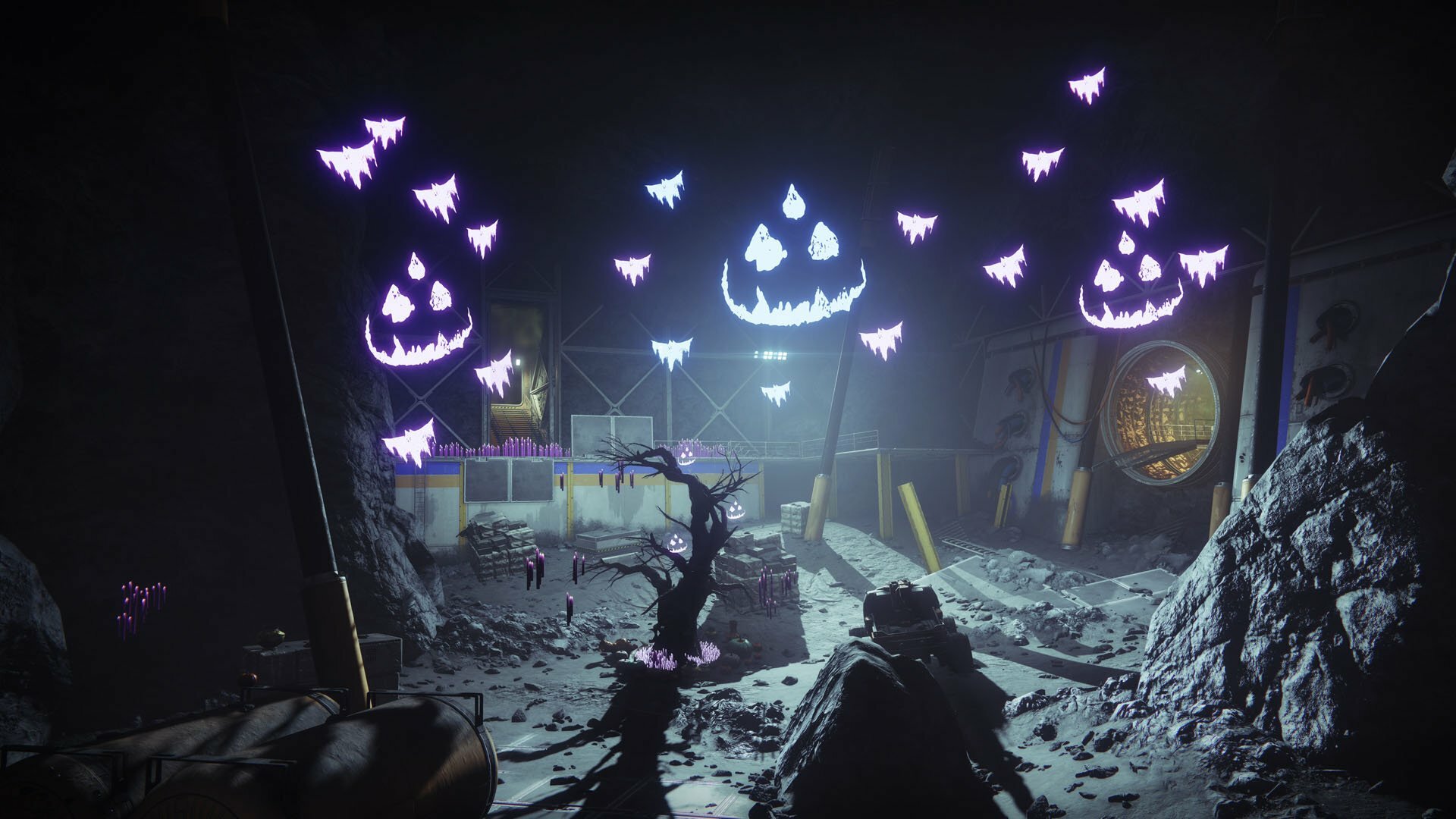 The book mixes Glint’s quest to find out more about the Headless Ones with the actual first-hand accounts from the past of how the Headless Ones might have come to be, on Europa, Nessus, and the moon. You get a bit of these stories from Glint himself as you run through the Haunted Lost Sectors, where he explains the legends of the Headless Ones. So the lore book is a narrative bouncing between the present and the past. In the present, we’ve got Glint, asking questions about hauntings as people stare at him incredulously. In the past, we’ve got some legit horror stories that are spooky and unsettling. It’s a phenomenal mix.

It’s stuff like this that I love about Destiny 2. An event I didn’t expect to be much more than just a fun reason to buy some goofy new sparrows turned out to carry a whole different feel, thanks to a new narrative approach to the activity. Hanging out with Glint is fun. Reading about Glint trying to be a serious historical researcher who basically chases Hive Pumpkin Bigfoot is even better.

So thumbs up to this year’s Festival of the Lost, and especially hats off to the Destiny 2 writing team behind its lore and story moments. It’s amazing how Bungie has captured a sitting-around-the-campfire feel in the game. I’m excited to dive back in. I really want a nice Horror Story auto rifle reroll.

Let us know what’s burning in your brain this week in the comments, Guardians, whether it’s the dungeon dust-up, Glint’s ghost stories, or something else. Is Jurassic Green even good? Someone please tell me.