God Of War PC Version Is Coming In January

Save Up to 70% Off at Super Value Deals!

2018’s God of War is headed to PC in January. The game will release on January 14 through Steam, Sony has announced. It follows several of the company’s other high-profile PlayStation exclusives eventually releasing on the platform.

“Our primary goal when bringing God of War to PC was to highlight the exceptional content the team created and leverage the powerful hardware that the platform offers to create a uniquely breathtaking and high-performance version of the game,” Sony Santa Monica’s Grace Orlady said. “You’ll be able to enjoy the full potential of our cinematic, no-cut camera as it follows Kratos and Atreus across the realms with the option of true 4K resolution, on supported devices, and unlocked frame rates.”

God of War for PC includes a “wide range of graphical presets.” Players with a strong enough PC can expect better resolution shadows and upgraded screen space reflections. There is also support for ambient occlusion through GTAO and SSDO.

The game also features “full integration” with Nvidia’s Deep Learning Super Sampling (DLSS), while it also supports Nvidia Reflex for better latency. God of War for PC will feature support for 21:9 ua-wide screens, too, along with keyboard mapping and “robust controller support” for the DualShock, DualSense, and other supported gamepads. 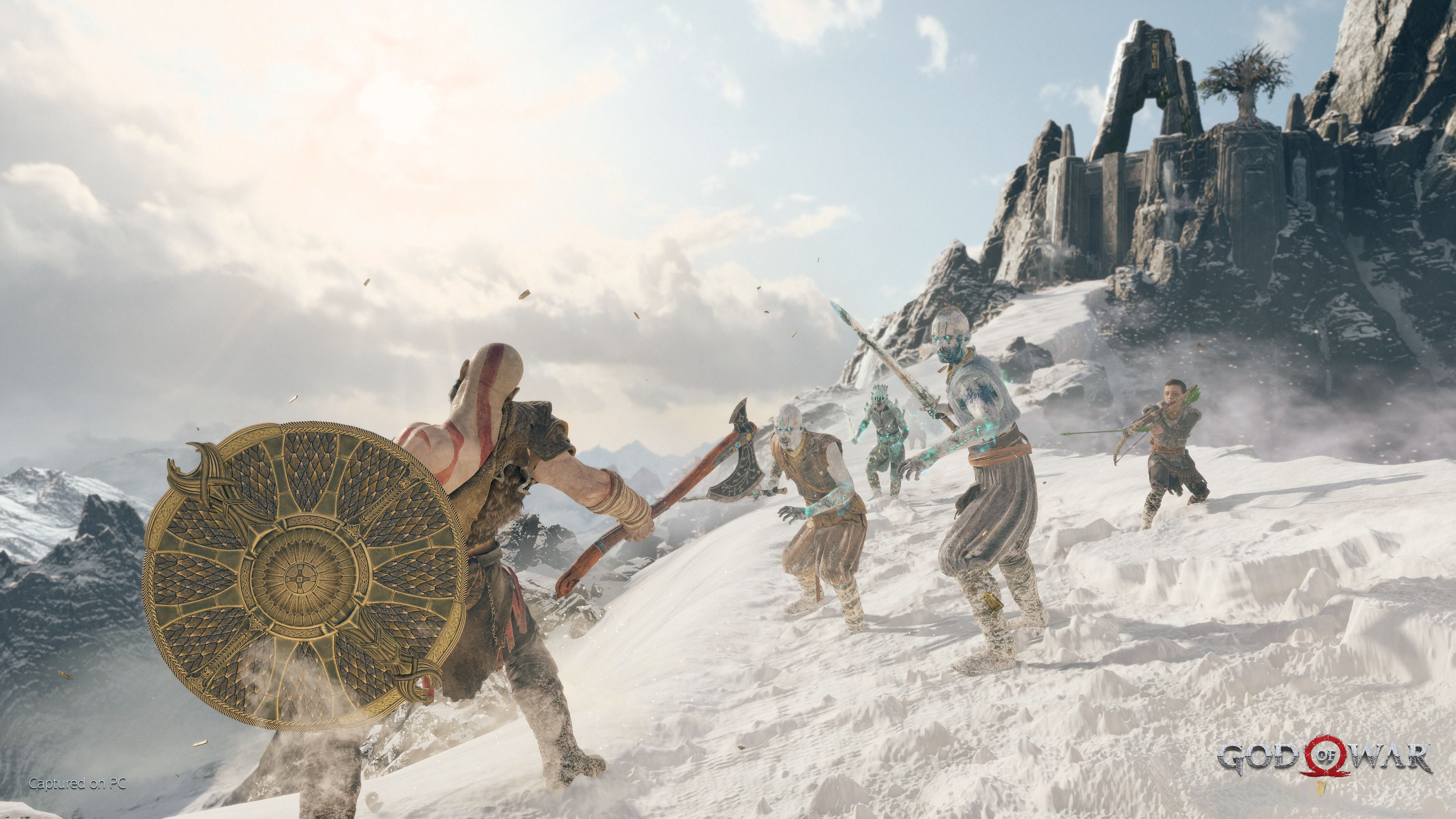 God of War is coming to PC in January

The full system requirements for God of War on PC have not been announced, though the Steam page does mention it will require 80 GB on your hard drive. Sony did not say if the game will be sold through PC stores beyond Steam.

In addition, God of War for PC, which costs $50, includes the following extra content:

Sony also confirmed that God of War sold 19.5 million copies as of August 2021 on PS4 alone. With the release on PC, God of War will open up to another gigantic potential audience. The game is also free through the PS Plus Collection to those who own a PS5.

Sony bringing God of War to PC is no surprise, as a PC edition was leaked in September. It’s also a sign of the times for Sony, which is bringing more of its first-party franchises to PC. The company previously released Horizon: Zero Dawn and Days Gone for PC, while Uncharted games are headed to PC in 2022.

Microsoft brings all of its first-party games to PC, and at launch, but Sony has yet to release one of its big games on console and PC at the same time. Another difference in strategies is that Sony doesn’t offer its PC releases for free to people who already own the game on console.