Over the past few weeks, Bungie has detailed a lot of changes coming to grenade and melee abilities, and Super cooldowns. In the last This Week At Bungie before the release of its 30th Anniversary event DLC, it also talked about changes coming to Exotic weapon ornaments. 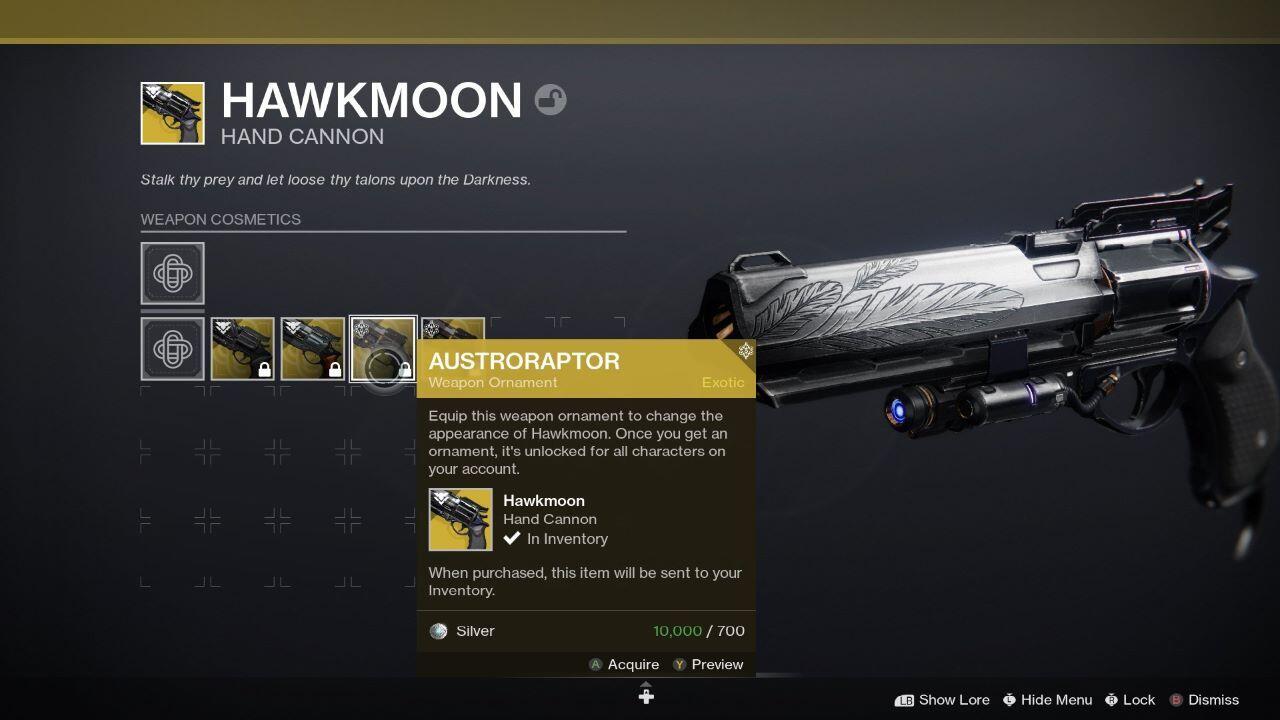 Until now, Exotic weapon and armor ornaments were rewarded through Bright Engrams and purchased with Silver or Bright Dust at the Eververse kiosk. Starting December 7, Exotic ornaments will be available for purchase under the gear’s cosmetic section in the inspection screen. For armor, players can also use the Appearance Customization tab.

Eververse will still sell ornaments so this change doesn’t make the store irrelevant, but it makes it easier for players to discover new ornaments. Bungie also added in the TWAB that “Featured ornaments may be purchased with Silver. If the ornament is available for Bright Dust on a given week, it will also be available for Bright Dust on the inspection screen.” On Twitter, Bungie explained that ornaments will rotate throughout seasons.

Also during the 30th Anniversary event, the Exotic bow Le Monarque is getting another ornament based on a community poll. Players can nab this from their inspection screens as well.

The Bungie 30th Anniversary event starts on December 7 which centers around a new dungeon and a 6-player activity based on the notorious Destiny 1 loot cave.

« New York providers push for education-related reforms to combat nursing shortages» WHO welcomes a historic decision by @Gavi to invest in the first #malaria vaccine (RTS,S) – a great step forward in helping prevent malaria in child…