Monster Hunter Rise has finally launched on PC, bringing with it both visual and performance improvements over the original Switch version. The PC release also includes all of the post-launch content released thus far, as numerous crossovers with other Capcom properties are available to play right out of the box. One of those is a collaboration with 2021’s other Monster Hunter game: Monster Hunter Stories 2: Wings of Ruin. Here’s how to access the Event Quest associated with this crossover and craft the Tsukino Costume Layered Armor for your Palico.

Head to the Steelworks area in Monster Hunter Rise’s village hub and speak to Senri the Mailman to pick up the quest. Select “Add-on Content” and collect the “Bird Wyverns of Ruin?” Event Quest from the list to add it to your quest board, or press “Collect All” to grab all of the DLC that’s currently available.

Next, go to the Gathering Hub and talk to Minoto the Quest Maiden. Select “Event Quests” and the Bird Wyverns of Ruin quest can be found under the “Low Rank” section. This is a 1* Low Rank quest so you can complete it right at the beginning of the game without too much fuss. 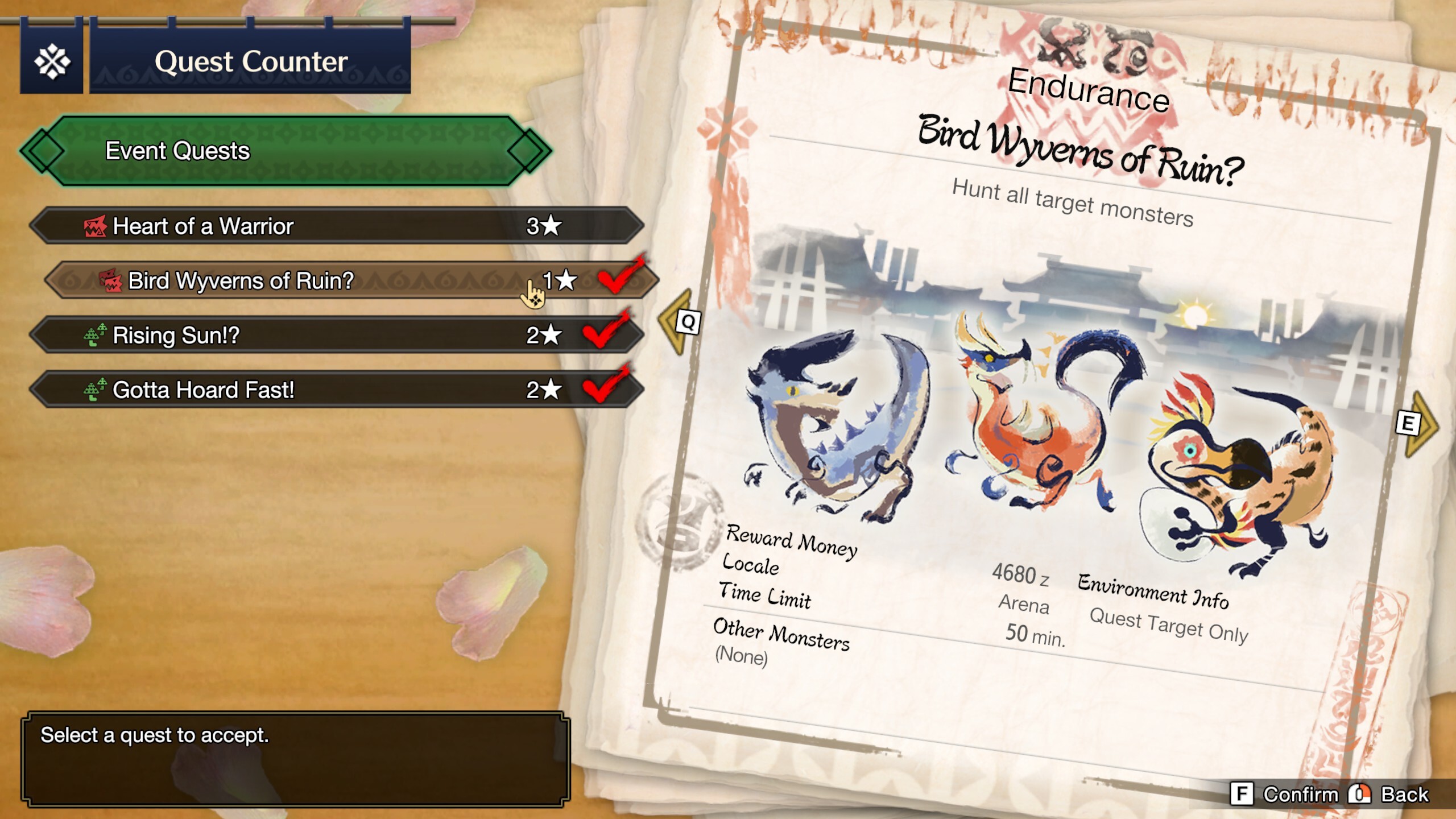 Your task is to defeat a Great Baggi, Great Izuchi, and Kulu-Ya-Ku in the Arena. Taking a weapon that deals thunder damage will allow you to dish out more punishment than usual to all three monsters, but equipping a weapon with no elemental affinity is still more than enough to get the job done. You can also set the quest as a Join Request Hunt to let other players join in and help you overcome the three monsters.

Upon completion of the quest, you’ll be rewarded with Disguise Device. This crafting material is required to forge the Tsukino Costume Layered Armor for your Palico. You need four in total so might have to repeat the Event Quest again to earn enough. You also need two Izuchi scrap, so trade any Great Izuchi materials you have with the Buddy Smith to pick up the scrap you need.

Once you have all of the materials you can head over to the Buddy Smith and forge the Tsukino Costume Layered Armor.