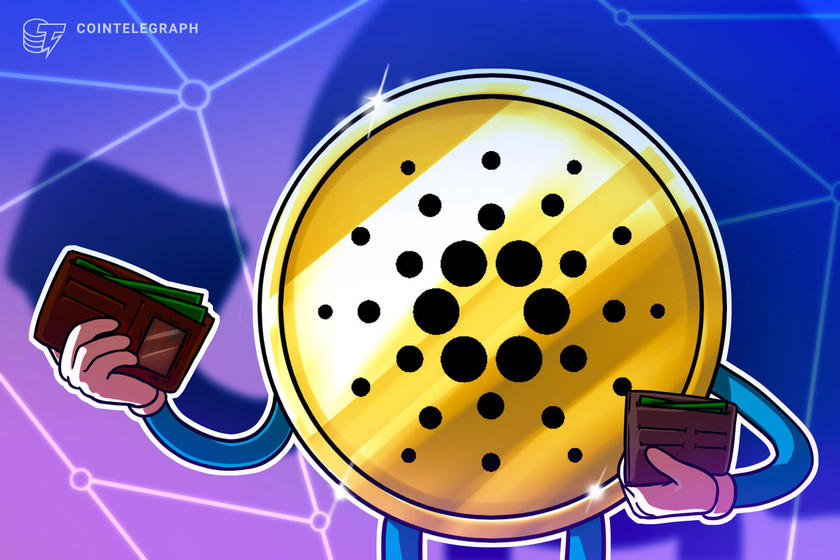 Activity on the Cardano (ADA) blockchain is starting to heat up, with 400 new projects in the works, along with 100,000 new wallets being created over the past month.

According to an April 19 Twitter post from Cardano creators Input Output (IOHK), there are nearly 900 projects in development on the network. The figure has grown by roughly 400 since March 11, after IOHK Vice President Tim Harrison stated that the total stood at around 500 via Linkedin post.

As of today, nearly 900 projects are #BuildingOnCardano⚒️ And this number goes up day by day. Keeping track of all the news from this incredible ecosystem is not easy & this is why every week we compile an ecosystem digest with highlights & updates. ⤵️#Cardano $ADA

Cardano is a public and decentralized proof-of-stake (PoS) blockchain that was created by Ethereum co-founder Charles Hoskinson in 2017, after he left the team over disputes on the future direction of the network.

Pointing to some of the positive developments on Cardano over the past 10 days, IOHK highlighted six projects ranging from token swaps to DeFi applications that went live on the mainnet, entered test nets, or launched via open beta.

One new project getting considerable attention is the AGIX ERC-20 Converter Bride which was developed in collaboration with SingularityNET.

The tool went live this week and it enables users to bridge over Ethereum-based ERC-20 Tokens for use on Cardano, with the network’s DeFi sector expected to be a significant beneficiary.

After all these years Cardano has finally found utility, to copy Ethereum. https://t.co/kdwaZaQJGf

Despite increasing numbers of projects in development, the number of DApps up and running on Cardano appears to be limited, with DeFi Llama listing just 10 different platforms accounting for $224.96 worth of total value locked (TVL). Notably, four of those platforms have $0 TVL also outside of their native tokens.

On the NFT side of things, Cardano doesn’t even make the top 15 blockchains in terms of sales volume over the past 24 hours, despite fifteenth ranked Theta only generating $375 during that period.

It has been a slow burn for Cardano since launching smart contracts in September, with the network yet to fully take off and provide the promised competition to Ethereum (ETH), or even fellow “ETH killers” such as Solana, Avalanche and Flow.

However founder Charles Hoskinson recently suggested in a video posted to his YouTube channel that the tide could soon turn with the upcoming Vasil Hard Fork upgrade in June. He stated that it will provide a “massive performance improvement to Cardano” and its smart contract capabilities.

Related: 67% of Cardano holders underwater and most bought less than 1 year ago

One area of strong growth at the moment is wallet activity on Cardano, with data from Cardano Blockchain insights showing that the number of ADA wallets has increased by 100,000 since March 22. The total figure as of April 19 stands at 3.268 million.

Zooming out however, transactions larger than $100,000 have increased by 50X since the start of 2022, suggesting strong institutional demand may already be there.

« I got married this week, and these five iOS apps helped reduce our stress levels » The best deals on 4K TVs