A 23-ton Chinese rocket will fall to Earth Friday. But when and where will it land? 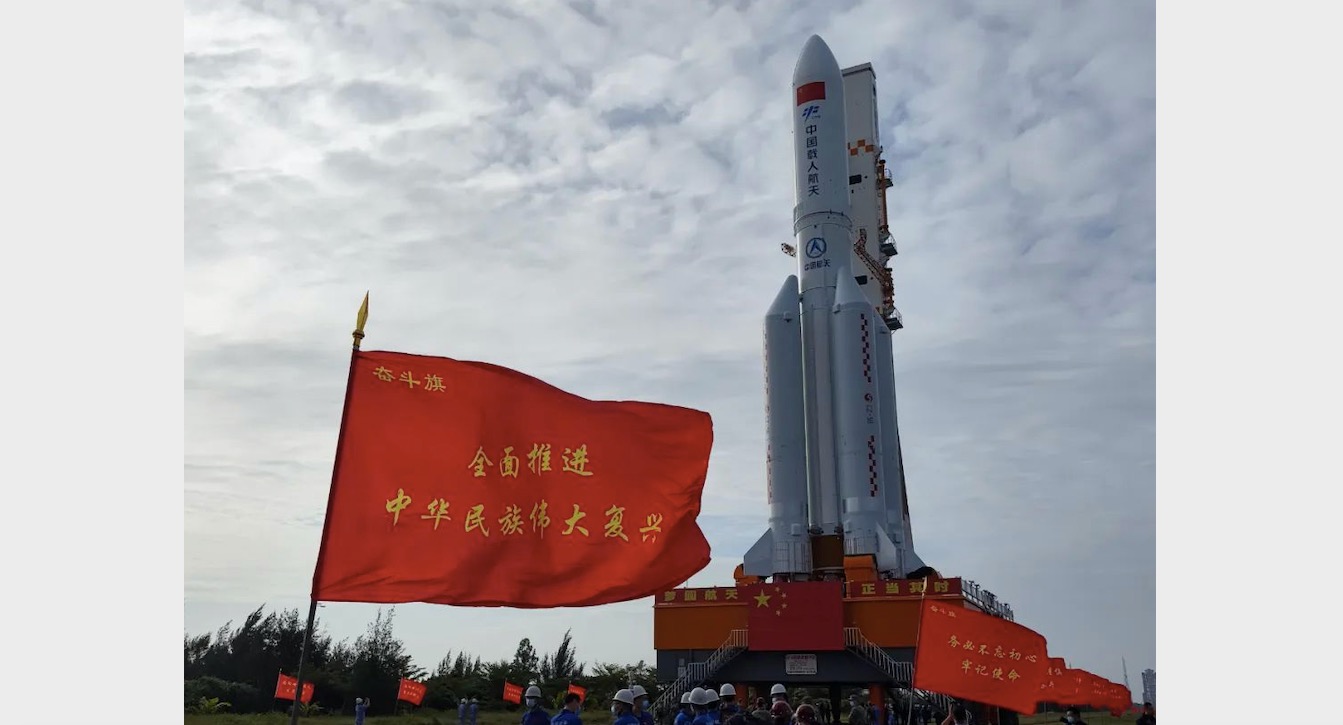 A huge hunk of Chinese space junk is expected to crash back to Earth on Friday (Nov. 4), but nobody knows exactly where or when it will come down.

The debris in question is the 23-ton (21 metric tons) core stage of a Long March 5B rocket, which reached Earth orbit on Monday (Oct. 31) after launching the third and final module for China’s Tiangong space station.

Atmospheric drag has been pulling the rocket body lower and lower ever since. The latest observations and models suggest that the Long March 5B will come down on Friday morning, but the error bars on that prediction remain large at the moment.

The Aerospace Corporation, for example, predicts (opens in new tab) an atmospheric reentry on Friday at 7:20 a.m. EDT (1120 GMT), plus or minus three hours. That big window puts some of North America, nearly all of Central America, much of Africa and a slice of southeastern Australia, among other areas, in the potential line of fire for falling space junk.

Our latest prediction for #CZ5B rocket body reentry is:🚀04 Nov 2022 11:20 UTC ± 3 hoursReentry will be along one of the ground tracks shown here. It is still too early to determine a meaningful debris footprint. Follow here for updates: https://t.co/KZZ9LgLk0k pic.twitter.com/GlnE8C0IokNovember 3, 2022

We’ve been through this troubling exercise before. Long March 5B core stages have fallen back to Earth uncontrolled on all three previous launches of the vehicle, most recently in July, after the rocket sent the Wentian module up to Tiangong.

Indeed, this is a (quite undesirable) feature of the Long March 5B. Other orbital rockets are designed such that their first stages ditch into the ocean or over unpopulated land shortly after liftoff, or, in the case of SpaceX‘s Falcon 9 and Falcon Heavy, come down in one piece for powered landings and future reuse. But the Long March 5B core stage reaches orbit and has no way to steer itself down, so it lets atmospheric drag do the work, messily.

Though much of the rocket body will burn up in the atmosphere when it comes down on Friday, some of the sturdier pieces will survive all the way to the ground, posing a risk to people and infrastructure on the reentry path.

“The general rule of thumb is that 20-40% of the mass of a large object will reach the ground, but the exact number depends on the design of the object,” The Aerospace Corporation wrote in a Long March 5B explainer (opens in new tab). “In this case, we would expect about 5 to 9 metric tons [5.5 to 9.9 tons].”

The odds dictate that such debris will likely fall in the ocean, since seas cover about 70% of Earth’s surface. But terra firma has welcomed Long March 5B debris before. For example, singed rocket remnants from the first-ever Long March 5B launch, in May 2020, apparently hit the ground (opens in new tab) in a village in the West African nation of Ivory Coast.

Nobody was hurt in that incident, or in any of the other Long March 5B crashes, as far as we know. But the fact that the falling rocket bodies pose any risk at all, however slight, has drawn condemnation from exploration advocates and other members of the spaceflight community.

“Spacefaring nations must minimize the risks to people and property on Earth of reentries of space objects and maximize transparency regarding those operations,” NASA Administrator Bill Nelson wrote in a statement (opens in new tab) posted shortly before a Long March 5B crash in May 2021.

“It is clear that China is failing to meet responsible standards regarding their space debris,” he added. “It is critical that China and all spacefaring nations and commercial entities act responsibly and transparently in space to ensure the safety, stability, security and long-term sustainability of outer space activities.”