A Month on ‘Mars’: Countdown to departure 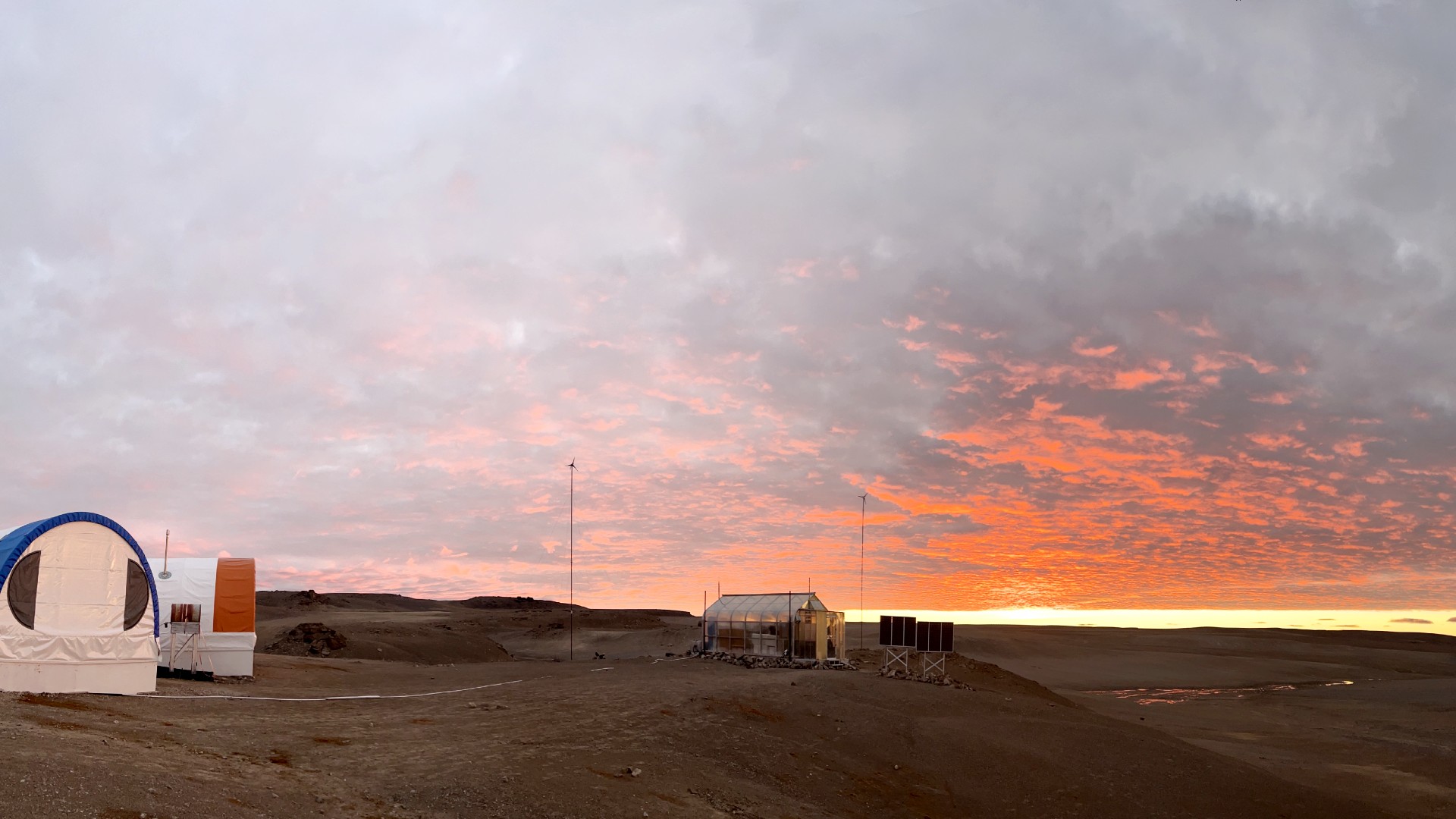 The polar weather has turned on us.

When we arrived at the Haughton-Mars Project (HMP) base on Devon Island, it was cool but clear and dry, and the views in every direction were spectacular. These conditions persisted for the first week or so, then we began to see more overcast, rain, and cold.

For the past ten days or so, the gloomy days have persisted — cold, overcast mornings, with brief periods in the afternoon during which Mother Nature teases us with broken clouds spread out across chilly blue skies; with overcast returning in the evening. Overnight we get howling winds and rain.

Related: A month on ‘Mars’: Living on the EDGES

Rod Pyle is a space historian and author who has created and offered executive leadership and innovation training at NASA’s Johnson Space Center. Rod has received endorsements and recognition from the outgoing Deputy Director of NASA, Johnson Space Center’s Chief Knowledge Officer for his work.

In one sense this is fortuitous: we are driven to spend time in the office tent going through experimental results, sorting through images and video, and writing. But it’s not all indoor work during gloomy days — Pascal and Gabriel have continued to perform experiments with the drone and tethered balloons, while I document their progress.

GET CAUGHT UP WITH A MONTH ON ‘MARS’:

Their experiments involve scouting possible routes across sometimes unmapped territory for excursion planning (either by ATV or an eventual pressurized rover analog), close-in investigation of distant sites of interest via drone-mounted cameras, and even sample acquisition executed by drone.

Small hand tools have also been delivered from the HMP base to the site of the EDGES experiment in the field using the drone, a demonstration of “fetching” in future planetary exploration. Finally, techniques of controlling the drone from a bulky pressure suit (the mockup of which was supplied by Collins Aerospace) were evaluated. Spacesuit gloves are notoriously difficult to use for delicate tasks, and Pascal is quite interested in alternatives to traditional control interfaces.

In the meantime, we make plans for our departure. Flights across the region have been held up by the adverse weather conditions, so we’re not sure when we’ll be leaving. The plan is for us to be picked up in a few days, but the pilots need sufficient visibility and proper wind conditions to fly. Until then, we will wait.

A rare break in the weather on Devon Island. (Image credit: Courtesy of Rod Pyle) (opens in new tab)

Like polar expeditions of the late 19th and early 20th centuries, and future human missions to the moon or Mars, we are working in close quarters. The dreaded “third quarter,” the time in which people can begin to turn inward and lose motivation, has not yet occurred — we won’t be here long enough for such depression to set in, though some fatigue is clearly felt. We dine together, have at least two daily briefings, and work on our respective projects. But there must also be an element of leisure.

By design, Pascal has programmed science talks most every day — each of us picks a topic of our own expertise to present. The subjects vary; mine have been either on books I’ve written or reading out this series of dispatches aloud. Gabriel has spoken on orbital dynamics and interstellar propulsion. John Schutt has regaled us with tales of exploration on some of the highest mountains on Earth and collecting meteorites in Antarctica; John Barrett has lectured on general physics and neutrinos; Rigel has given briefings on cosmology and black holes; and Jason walked us through an earlier deployment to Antarctica. Sawan continues his series of briefings on safety and first aid. Pascal has spoken about the evolution of Mars and enhanced methods for exploring the planet —both very relevant to our time here.

John Schutt, to left, presents to the team about finding meteorites in the Antarctic. (Image credit: Courtesy of Rod Pyle) (opens in new tab)

These are lively discussions with lots of back-and-forth and are welcome in this media-deprived environment. It’s also nice to get back to live, human interaction after three years of pandemic and Zoom meetings.

Downtime is an opportunity to catch up on work; Rod Pyle gets some writing done inside a tent. (Image credit: Courtesy of Rod Pyle) (opens in new tab)

The weather continues to alternate between intermittent sunshine and long periods of gusty winds, extreme temperatures, and dark, moody skies. The rain comes and goes.

There is a large and nasty looking weather front moving in and we’d like to pull out before it arrives, since it could delay our departure for a week or more. We’ll keep calling our transportation contractor to stay updated; until then, we’ll keep working.

Tick-tock. Time for another talk!