A new approach might help scientists see inside a neutron star 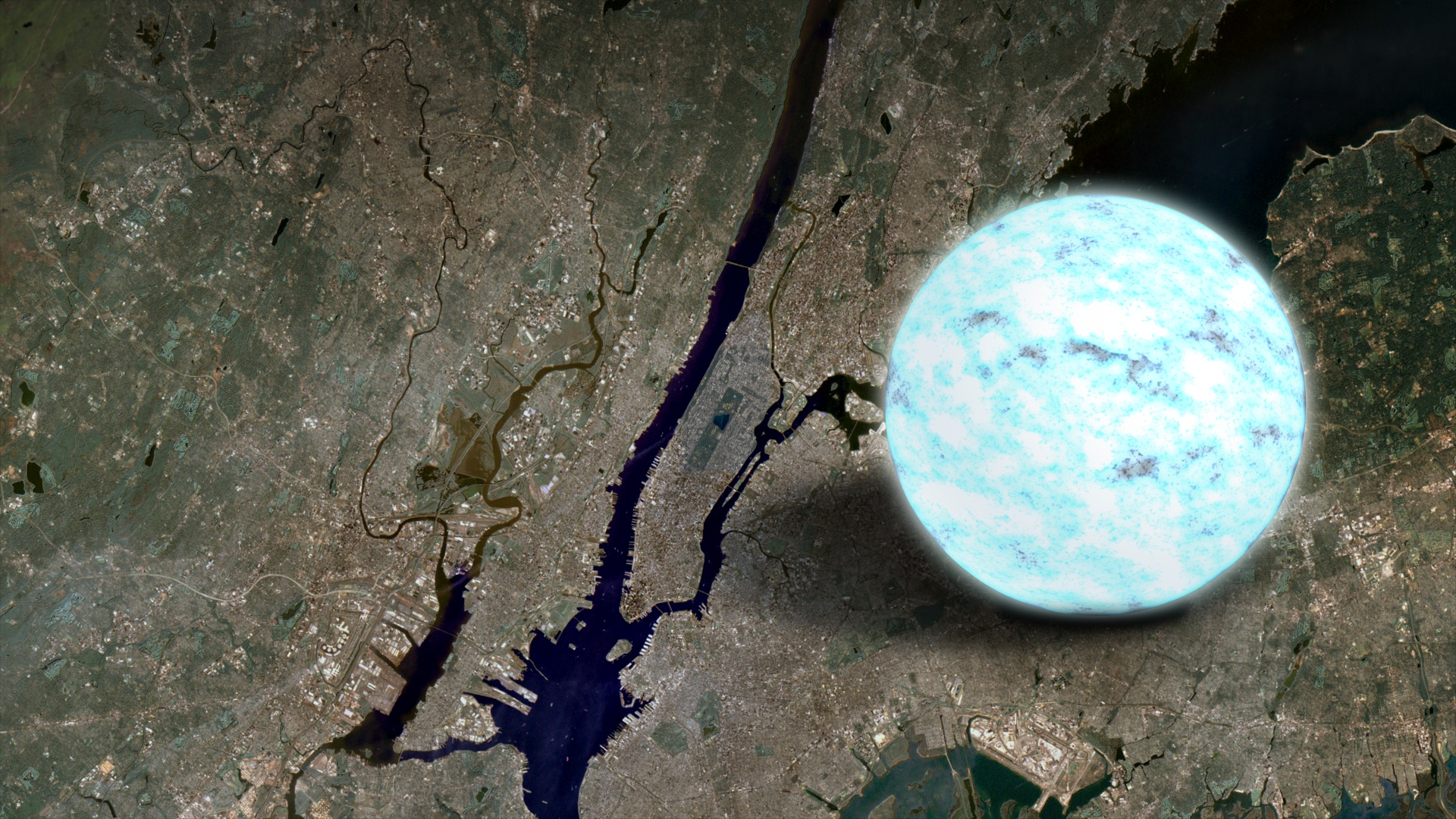 Substituting can be a tricky art, especially when stars are involved.

When massive stars explode, they can collapse into extremely dense — and mysterious — objects known as neutron stars. But neutron stars are too far away and much too small for even the most powerful telescopes to look inside, so scientists want to find a way to figure out what a neutron star is made of. In new research, astrophysicists tested a potential approach to determining the state of the matter inside a neutron star. (More familiar states of matter are solid, liquid and gas.)

What scientists want to know is a neutron star’s equation of state, or EoS. This equation describes the properties of matter in an object or substance. But getting the precise measurements needed to solve this equation for a neutron star, especially its radius, has not been easy.

So the researchers tested whether they could simplify the effort by substituting another measurement for the neutron star’s radius. They turned to what scientists call the peak spectral frequency of the gravitational waves — ripples in space-time — that are emitted when neutron stars merge into one larger neutron star.

The glob of dense star stuff that remains after such a collision will spew out massive gravitational waves as it moves back and forth while rotating at breakneck speed. The signal from these waves can be picked up by the hypersensitive instruments of a gravitational wave observatory like the Laser Interferometer Gravitational-Wave Observatory (LIGO).

“At least in principle, the peak spectral frequency can be calculated from the gravitational wave signal emitted by the wobbling remnant of two merged neutron stars,” Elias Most, an astrophysicist at the Institute for Advanced Study in New Jersey and co-author on the new research, said in a statement.

Until now, scientists assumed f2 could stand in for a neutron star’s radius because the two values are often linked to each other. But that is not always the case, the new research determined. Instead, to make the substitution work, scientists must incorporate a second value related to the neutron star’s mass and radius.

The researchers hope that this determination will help scientists shed light on a theory that the neutrons in the cores of these stars break down into even smaller subatomic particles, called quarks.

The research is described in a paper published in July in The Astrophysical Journal Letters.