A ‘planetary breakup’ of 5 planets in the June’s big stargazing sight, NASA says 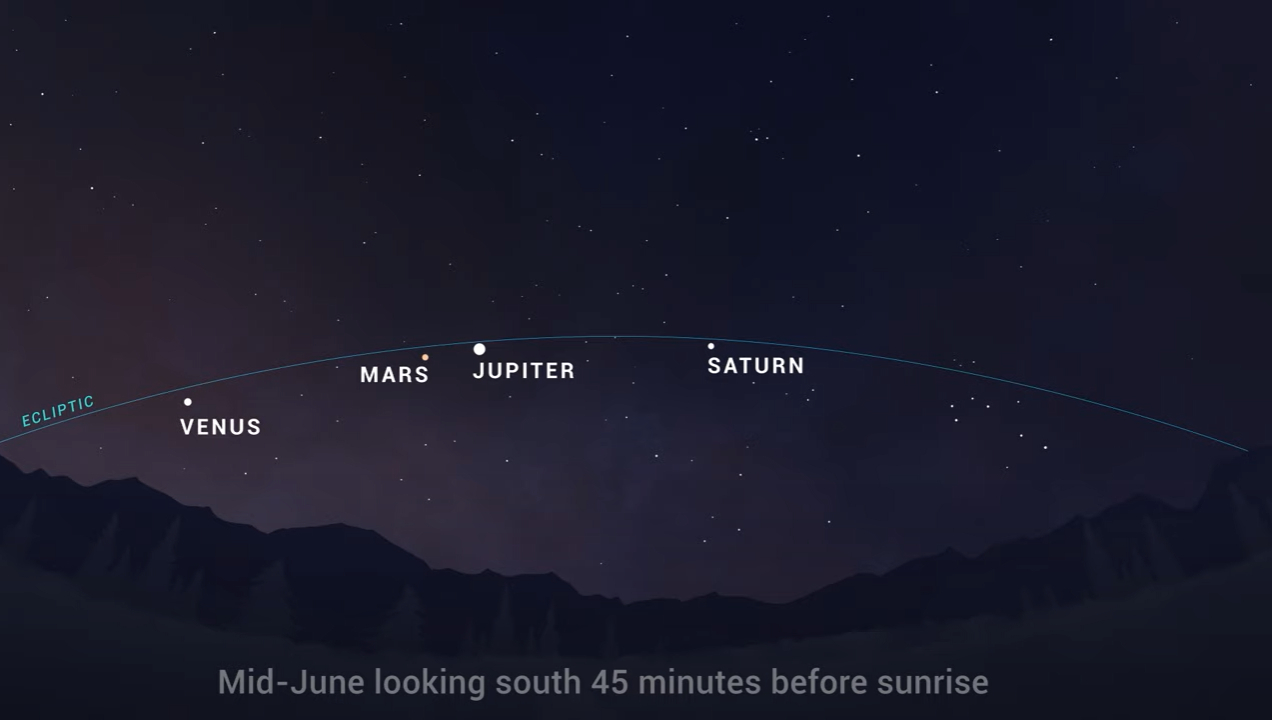 The rare alignment of five naked-eye planets will begin to “break up” as they appear to grow increasingly distant from one another in the morning sky.

Mercury, Venus, Mars, Jupiter and Saturn joined up in the southeastern predawn sky this month, offering a special treat for skywatchers. The five planets appear to arc across the sky all in a row, with Mercury lying very close to the horizon. This is the first time since December 2004 that the five planets have appeared together in view above the horizon.

While we’ve been able to view Saturn, Mars, Jupiter and Venus in the morning sky the last couple months, Mercury was a recent addition the rare planetary alignment in June. The small planet appeared alongside the quartet on June 3 — only briefly peeking above the horizon before the glare of the rising sun made it difficult to see.

Related: The brightest planets in June’s night sky: How to see them (and when)

However, beginning around June 10, Mercury will become easier to spot in the morning sky. The planet will reach its greatest elongation, or farthest point from sunrise, on June 16, meaning it will be even brighter as the month progresses, according to EarthSky.org (opens in new tab).

The five worlds appear to line up because they travel on the plane of the solar system, known as the ecliptic. The planets are aligned in order of their distance from the sun, with Mercury, closest to the sun, appearing lowest on the horizon, and the most distant, Saturn, highest in the sky. For viewers on Earth, the planets all appear close together, but these worlds are actually millions of miles or kilometers away from each other.

Sadly, this spectacular planetary alignment won’t be visible for long. Starting in June, Saturn, Mars, Jupiter and Venus — which we’ve been able to view in the morning sky the last few months — will appear increasingly distant from one another.

Over the next few months, the planets will spread out across the morning sky “so much so that Venus and Saturn will make their exits as morning objects for most observers by September,” according to NASA’s June Skywatching guide (opens in new tab).

Editor’s Note: If you snap a photo of the planetary alignment and would like to share it with Space.com’s readers, send your photo(s), comments, and your name and location to [email protected].