‘Andor’ is intelligent, enthralling sci-fi that should make other studios take note 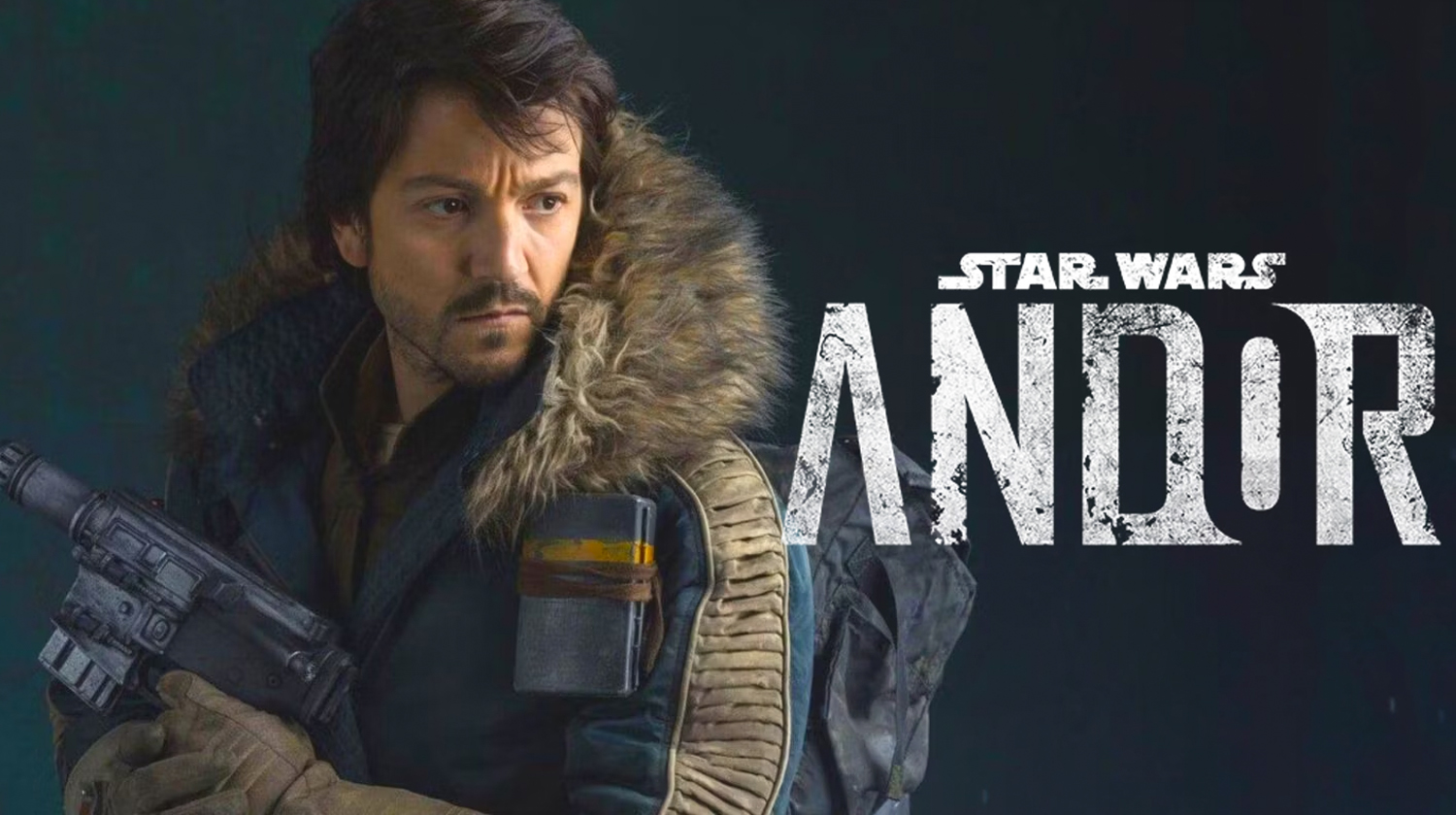 The new live-action “Star Wars” spin-off, limited series “Andor (opens in new tab)” is finally upon us, with the first three episodes now available to watch on Disney Plus (opens in new tab). And it has certainly got folk talking, not only enthusiastically chatting about how good the show looks, both in terms of production design and costumes, or how well written the dialogue is, but most prominently — and most importantly — about how a more interesting, slower-paced thriller, albeit with darker undertones, is so much more engaging to watch, than an unimaginative, lazily-written, sugar-coated show, that relies on a firework display of visual effects to drag a dull, uninspired story along by the scruff of its neck.

But more on that later.

The show itself focuses on one of the main characters we were first introduced to in “Rogue One” — arguably the best movie in the Star Wars saga — Cassian Andor, played by Diego Luna. Set five years before the events of “A New Hope,” this is indicated by the “BBY 5” shown in the opening seconds of the first episode. BBY stands for Before the Battle of Yavin, which is when the first Death Star was destroyed by Luke Skywalker just seconds before it was about to utterly annihilate the secret Rebel base on the fourth moon. You can see where Andor and Rogue One fit into the Star Wars timeline in our guide to watching the Star Wars movies in order.

In that movie, Andor was a firmly committed member of the Rebel Alliance, dedicated to defeating the Empire and now we get to see — in what is confirmed to be two 12-episode seasons — his full backstory, with the second season leading directly up to his first appearance in “Rogue One.”

Like “Rogue One,” this show is significant departure from what could be considered more traditional mainstream “Star Wars,” like the progressively disappointing sequels and the underwhelming “Obi-Wan Kenobi.” Only “The Mandalorian” and “The Book of Boba Fett” have allowed for enjoyable rewatches, but even these suffered from some mismatched characters and storylines created solely to sell new products (opens in new tab).

“Andor” is a welcome relief to anyone suffering from Skywalker fatigue and thankfully, unlike “Solo,” it hasn’t suffered from studio interference. Showrunner Tony Gilroy, who also co-wrote the screenplay for “Rogue One,” is no stranger to the dark and gritty, he was a producer on “Nightcrawler” and he directed “The Bourne Legacy.”

“Rogue One” was a breath of fresh air because a desperate struggle against a galactic oppression gathering momentum is unlikely to be a picnic and it introduced so many gorgeous characters and new worlds to folk who don’t read the comics or books and don’t watch every series of the expanded universe, like Saw Gerrera (Forest Whitaker) and the stunning Jedha City.

Only a few months ago, it was announced that the premiere date of “Andor” had been pushed back by three weeks and because of this, Disney decided to reward those patiently awaiting it by releasing the first three episodes at once. However, once you’ve actually watched the first three, it’s hard to imagine that the release schedule could have ever seriously been anything other than this plan, as the first installment, or even the first two installments alone, simply would not have had the same impact. It’s far more likely that this was the intention all along. And by intentionally releasing three at once, it gives the audience a proper opportunity to embrace a slower-paced, multi-layered, more cultivated story arc. Interestingly, there’s some evidence here to support the multi-episode binge drop approach adopted by Netflix (opens in new tab), or at the very least dropping the first few as has been done here, if the studio really wants to milk every drop of the social media attention garnered by a weekly strategy. Amazon Prime Video (opens in new tab) did very much the same with season 3 of “The Boys.”

This is a “Star Wars” live action show that takes its time to allow these fresh ideas and new characters to establish themselves and because its deliberately aiming to be a more cerebral, thrilling science fiction. As we’ve already alluded to, “The Mandalorian” very much began this way, but as cute as he is, Grogu and the subsequent tsunami of merchandising, somewhat lessoned the power in that particular punch. Not that it wasn’t thoroughly enjoyable, but “Andor” seems willing to embrace a more adult approach and it wants to see how far it can run with it.

Fingers crossed other major studios are sitting up and taking note — we’re looking at you Paramount Plus (opens in new tab). Maybe, for a short while at least, we’ll be treated to a momentary flurry of well-written, original and enthralling sci-fi that excites us …rather than boring us to tears.

The tone is set straight away and it’s beautiful. It’s dark, gritty and successfully avoids any major clichés that have plagued other sci-fi shows of late. And that includes making “Andor” an Easter egg-filled nostalgia overload — that hasn’t happened yet, thankfully. Of course we expect one or two teeny-tiny, super-subtle ones and eagle-eyed fans have already identified some interesting ones.

The world building is magnificent and every aspect of the show looks beautiful, from the production design to the costumes. Moreover, the performances are excellent and the dialogue is well written. Stellan Skarsgård pops up towards the end of episode 3, which is a real treat and Kyle Soller is positively delicious as the over-ambitious, authoritarian Deputy Inspector Syril Karn of the Preox-Morlana corporate authority, desperate to make his mark. It’s all rather tragic really, as Andor’s story comes about purely by bad luck. Had it not been necessary for Chief Inspector Hyne (Rupert Vansittart) to leave town for an Imperial Regional Command review, all of this would’ve blown over.

The reviews for “Andor” from just about every respectable outlet have so far been very positive and rightly so. Perhaps this will serve as a wake up call, once again reminding studio execs, like “The Expanse” did, that clever is cool.

Nothing beats a rain-soaked city at night to set a gritty tone, like the Krill homeworld, ‘Blade Runner’ etc (Image credit: Disney Plus)

“What makes ‘Andor’ stand out is its singular focus on character over spectacle. The series has plenty of action scenes and blaster battles, but it succeeds at giving emotion and stakes to every set piece” — USA Today (opens in new tab)

“‘Andor’ is off to a fantastic start thanks to its compelling performances, corporate espionage undertones, and considered filmmaking. It’s not only shaping up to be a great ‘Star Wars’ show, but one that could make its mark on the overall TV landscape” — IGN (opens in new tab)

Granted, it is a little slow to start, but that’s quite intentional. However, it remains to be seen if the standard it has set for itself remains high for the remainder of the first season.

The first three episodes of “Star Wars: Andor” are live on Disney Plus (opens in new tab), with further episodes debuting every Wednesday until the season’s conclusion on Nov. 23, 2022. “Andor” is not the only new TV show to join the growing saga from a galaxy far, far away. Here’s our complete list of upcoming Star Wars TV shows to get ready for on Disney Plus.