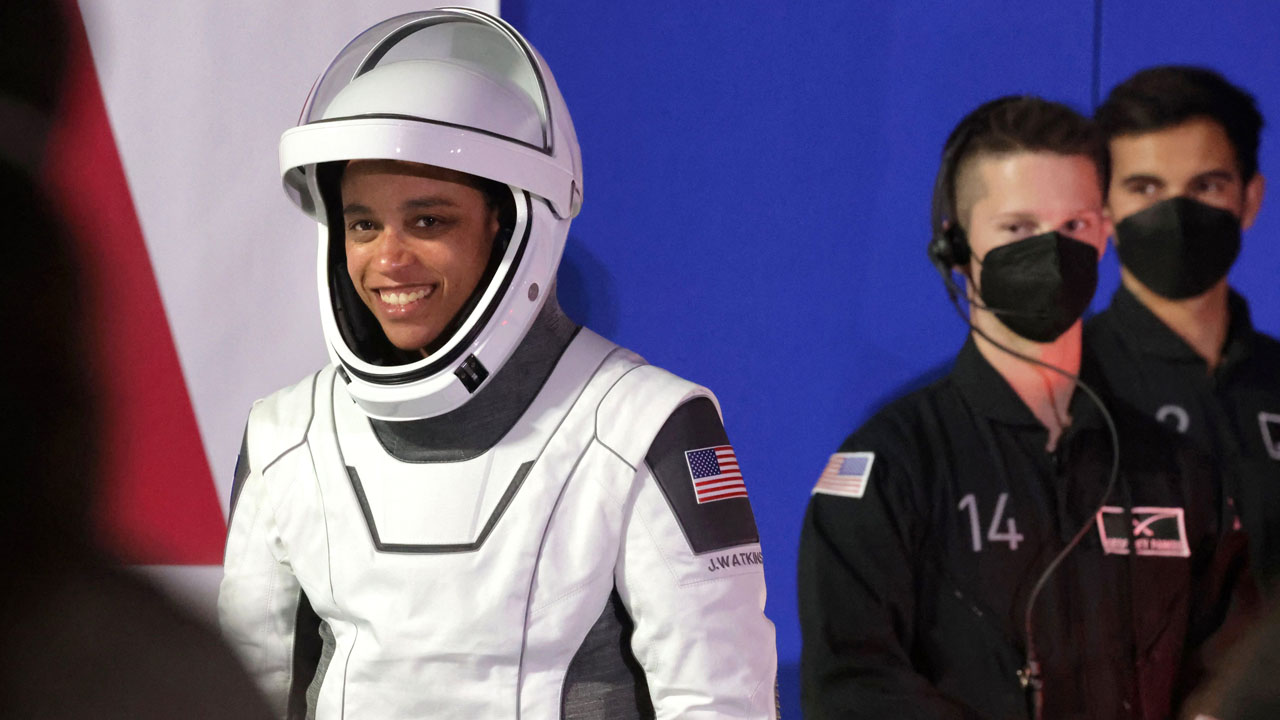 One of the last men to set foot on the moon watched Wednesday as SpaceX’s Crew-4 mission for NASA blasted off to the International Space Station on a Falcon 9 rocket. Among the four Crew-4 astronauts are some who NASA is considering for a future lunar trip.

Harrison Schmitt was a member of the 1972 Apollo 17 mission, which landed in the Taurus–Littrow valley on the near side of the moon. He was the first and so far the only geologist to visit the moon and was personally invited to watch launch, which lifted off early Wednesday (April 27) from the Kennedy Space Center in Florida, by NASA astronaut and Crew-4 member Jessica Watkins.

Watkins is also a geologist by training (she has a Ph.D. from the University of California, Los Angeles) and has a close connection to Schmitt, in whose footsteps she hopes to follow even further. She is among the astronauts NASA is training for a future lunar trip as part of the agency’s Artemis program.

NASA astronaut Jessica Watkins talks to family and friends as she and her Crew-4 crewmates head to Launch Pad 39A at NASA’s Kennedy Space Center in Florida ahead for their launch to the International Space Station on April 27, 2022. Watkins has a Ph.D. in geology and invited Apollo 17 moonwalker and geologist Harrison Schmitt to her launch.. (Image credit: Joe Burbank/Orlando Sentinel/Tribune News Service via Getty Images)

Harrison Schmitt was the first and so far only geologist to have set foot on the moon. (Image credit: NASA)

“Jessica and I worked together a little bit in Houston with the lunar samples during the Apollo 11 50th anniversary celebration,” Schmitt said in a NASA interview. “She invited me and my wife, and we sort of consider ourselves the Jessica team.”

Schmitt, who will celebrate the 50th anniversary of his own lunar landing in December, said he believed NASA was more than ready to return to the moon and hinted that he hopes to see his friend and protégé to virtually follow in his lunar footsteps.

“I didn’t have the chance to gain the type of operational experience that Jessica is getting,” he said, referring to her mission to the International Space Station. “I gained my operational experience from learning to fly T-38s [supersonic jets], helicopters and a lot of simulator time. She is gaining it in space and that’s very important. And I hope it will stand her in good stead to be part of one of the Artemis crews.”