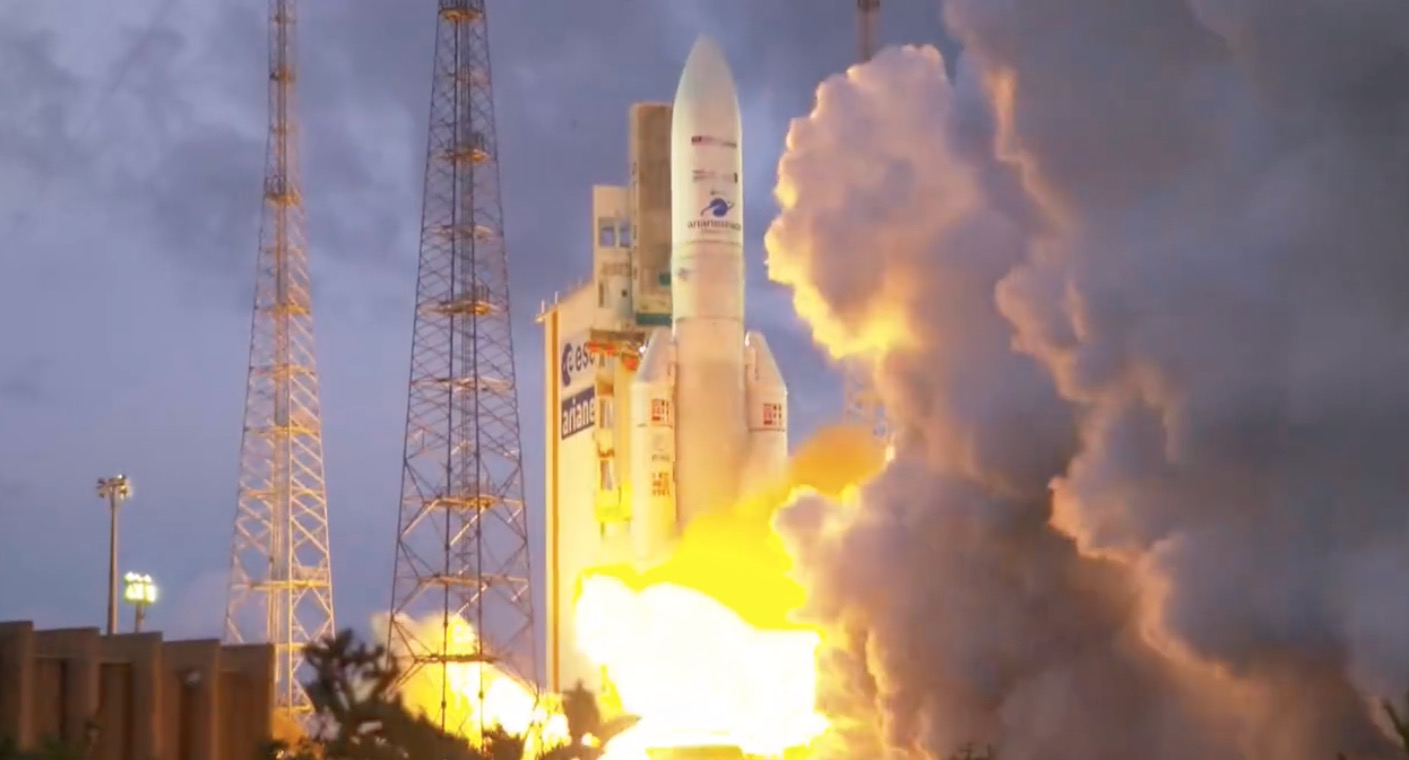 An Arianespace Ariane 5 rocket lifted off from Europe’s Spaceport in Kourou, French Guiana on Wednesday at 5:50 p.m. EDT (2150 GMT). That was 47 minutes into the 100-minute launch window, time that France-based Arianespace took to perform some extra checks on the rocket.

The Ariane 5 — the same type of rocket that launched NASA’s James Webb Space Telescope on Dec. 25, 2021 — carried two payloads on Wednesday’s mission, both of them communications satellites.

Both satellites were deployed into geostationary transfer orbit by 40 minutes after liftoff, just as planned, Arianespace representatives said.

One of spacecraft, called MEASAT-3d, will be operated by the Malaysian telecom company MEASAT.

“This new satellite will significantly enhance broadband speeds of up to 100 Mbps [megabits per second] in areas with limited or no terrestrial network throughout Malaysia while continuing to provide redundancy and additional capacity for video distribution in HD, 4K and ultimately 8K in the Asia-Pacific region,” Arianespace representatives wrote in a mission description (opens in new tab).

The other satellite that launched on Wednesday, GSAT-24, will be operated by NewSpace India Limited.

“This satellite will provide high-quality television, telecommunications and broadcasting services and will meet the DTH [direct to home] needs of Indian customers,” Arianespace representatives wrote.

MEATSAT-3d was built by Airbus Defence and Space and GSAT-24 was built by the Indian Space Research Organisation. The satellites have mission design lifetimes of at least 18 years and 15 years, respectively. The two payloads had a combined mass of 23,949 pounds (10,863 kilograms), according to Arianespace.

There was no rocket landing to watch for on Wednesday; the Ariane 5 is an expendable launch vehicle, unlike SpaceX’s Falcon 9, which features a reusable first stage.

Wednesday’s liftoff was the second of the year for Arianespace. The company’s other launch in 2022 occurred in February, and it sent 34 of OneWeb’s internet satellites to orbit aboard a Russian-built Soyuz rocket from Baikonur Cosmodrome in Kazakhstan.

More Arianespace-operated Soyuz flights were scheduled to launch during the first half of this year, but the partnership between the company and Russia dissolved after Russia invaded Ukraine on Feb. 24.

Editor’s note: This story was updated at 6:47 p.m. EDT on June 22 with news of successful liftoff and satellite deployment.