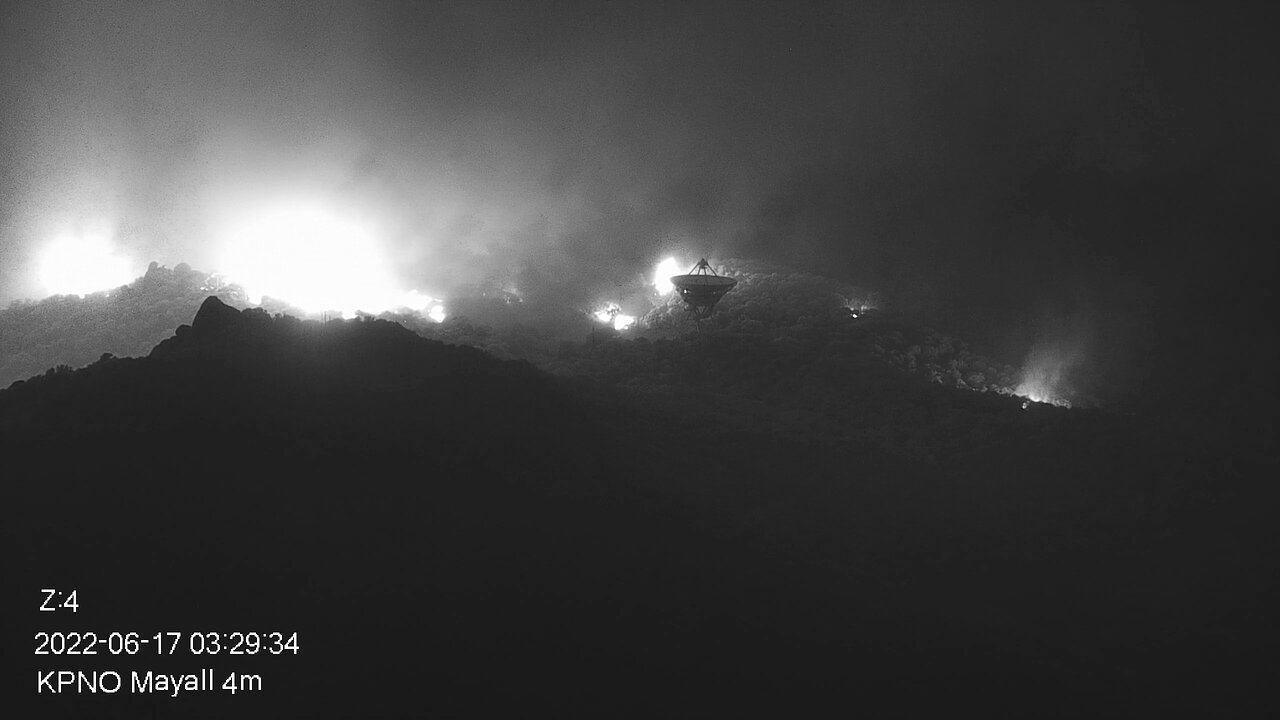 A large wildfire in Arizona is seriously threatening a key site for astronomy.

Kitt Peak National Observatory, in the southern part of the state, includes more than two dozen telescopes and has hosted astronomers for more than six decades. But now the site is facing the Contreras Fire, which began on June 11 and has been steadily growing due to high winds and lots of dry vegetation.

The fire reached the observatory early on Friday (June 17), according to a statement (opens in new tab) released later in the day by the National Science Foundation’s National Optical-Infrared Astronomy Research Laboratory (NOIRLab), which operates the site.

NOIRLab says it can’t assess damage to the facility while the blaze continues.

“Safety remains our top priority,” officials wrote in the statement. “We are working with the firefighters at the site to assess the damage and will share details about the facilities as we learn more. We remain in an active fire situation with rapidly changing conditions.”

Last frame before the webcam cut out at the VLBA antenna on Kitt Peak. This is the next one north from the 12m I use, and of course near all the other KP telescopes that 100s of other scientists use. All of the webcams I know of on KP are now down. Waiting & hoping for good news. pic.twitter.com/p0Z8V4MinAJune 17, 2022

The Contreras Fire began on June 11 with a lightning strike in the Baboquivari Mountains south of the observatory. As of Friday morning, after less than a week, the blaze had covered nearly 11,500 acres (4,650 hectares), according to a website (opens in new tab) operated by a team of federal agencies. Nearly 300 people were working to stop the fire, which they hope to contain by June 26.

A view of the Contreras Fire burning the slopes of Kitt Peak mountain on June 16, 2022. (Image credit: KPNO/NOIRLab/NSF/AURA)

A view of the Contreras Fire burning the slopes of Kitt Peak mountain late on June 16, 2022. (Image credit: KPNO/NOIRLab/NSF/AURA)

The observatory was evacuated on Wednesday (June 15) after preparing the telescopes to be left on their own as concerns about the fire increased. On Thursday (June 16), firefighters covered key parts of the blaze with fire retardants and cleared vegetation around key observatory buildings in an attempt to protect them. Personnel also shut off power to the observatory early on Friday.

Firefighters working to contain the Contreras Fire are facing temperatures over 100 degrees Fahrenheit (40 degrees Celsius), as well as high winds and very dry grass and brush. The weekend may bring scattered showers that could help slow the blaze.