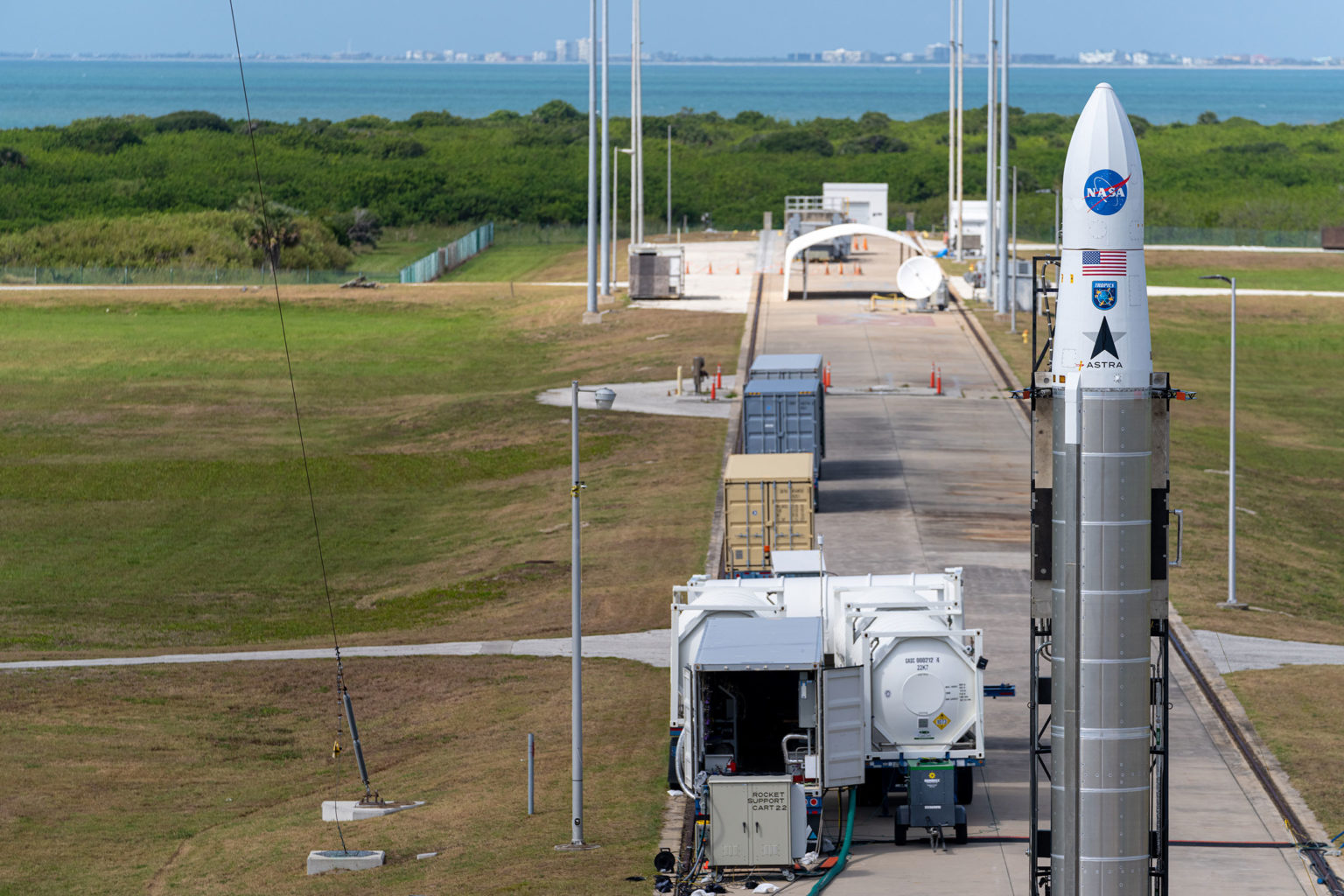 The California-based startup is targeting no earlier than Sunday (June 12) for the launch of two tiny cubesats for NASA’s Time-Resolved Observations of Precipitation structure and storm Intensity with a Constellation of Smallsats (TROPICS) mission, provided a launch license is granted by the U.S. Federal Aviation Administration.

Astra and NASA have not yet published a launch window for Sunday’s planned attempt, which will take place from Cape Canaveral Space Force Station in Florida and involve Astra’s 43-foot-tall (13 meters) Launch Vehicle 0010 (LV0010). Whenever the liftoff occurs, you can watch it live here at Space.com, courtesy of Astra, or directly via the company and its livestream partner, NASASpaceflight.com.

The two-stage LV0010 appears to be ready to go; the rocket aced a static fire test — a routine preflight check in which a launcher’s engines are fired while the vehicle remains anchored to the ground — earlier this week, Astra announced via Twitter (opens in new tab).

LV0010’s flight will come about three months after Astra’s first-ever full mission success. On March 15, LV0009 deployed a variety of customer payloads into their designated orbit shortly after lifting off from the Pacific Spaceport Complex on Alaska’s Kodiak Island.

Astra had reached orbit before, but that was on a test flight that did not carry any operational satellites.

The upcoming launch will be the first of three TROPICS flights for Astra this year, if all goes according to plan. Each of those missions will loft two TROPICS cubesats, which will study the formation and evolution of hurricanes in great detail.

The TROPICS network will allow researchers to monitor the development of tropical cyclones nearly every hour — far more frequently than is possible with currently operational weather satellites, NASA officials have said.