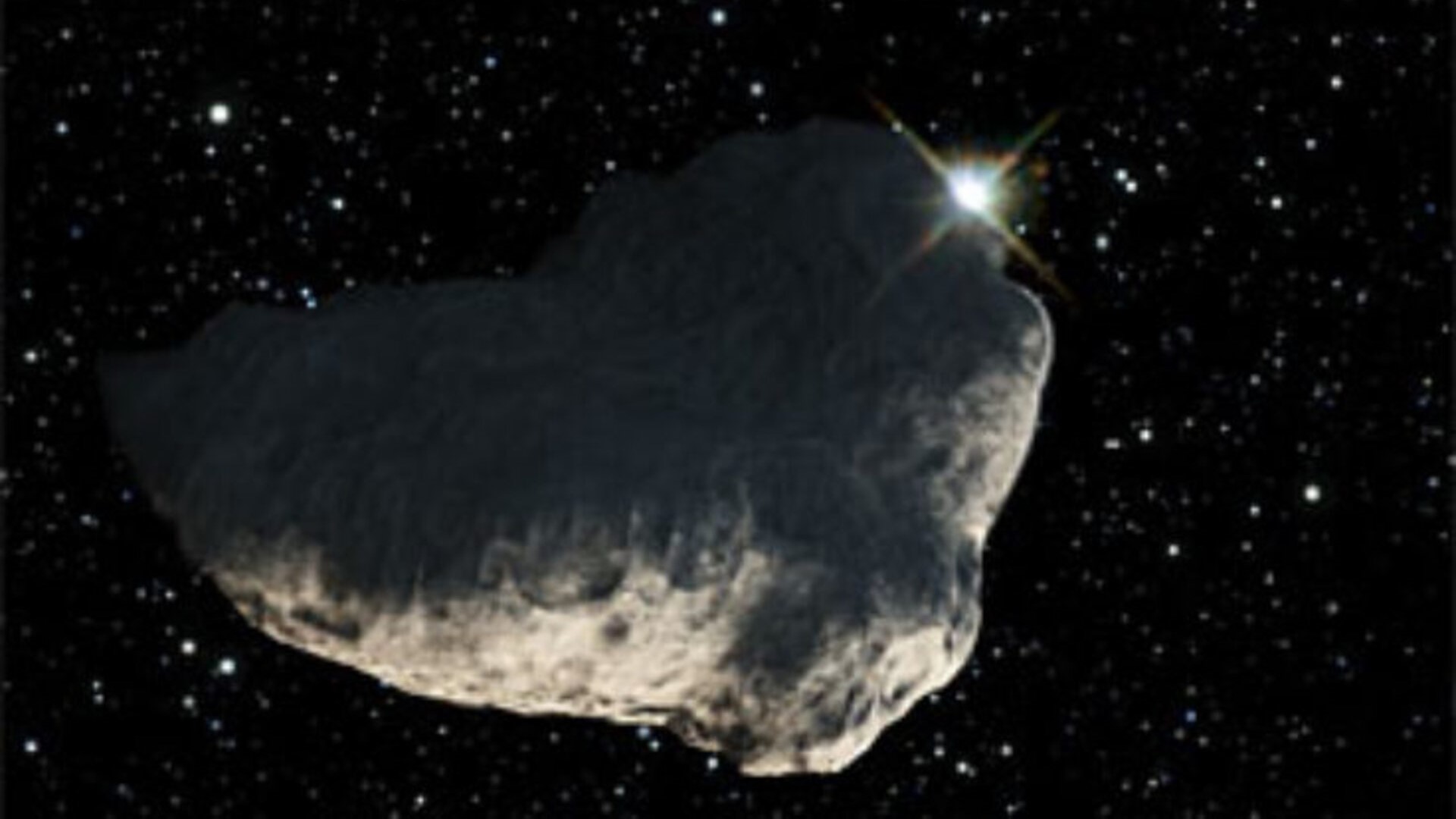 Astronomers have captured the shadow of the space rock Didymos, target of NASA’s asteroid-smashing mission, as it passed in front of distant stars. The event, known as a stellar occultation could help scientists determine a precise shape and location for the binary asteroid.

Didymos, which is about 2,560 feet (780 meters) wide, is orbited by the 525-foot (160 m) ‘moonlet’ Dimorphos, the space rock that NASA smalled its Double Asteroid Redirection Test (DART) spacecraft into on Sept. 26. The crash marked the first test of a planetary defense technique humans could use if an asteroid threatened to collide with Earth and was meant to shorten Dimorphos’ orbit around Didymos; it did so by a whopping 32 minutes.

Even though the spacecraft only hit the smaller of the two bodies in the Didymos system, it should also shift the orbit of the larger body around the sun. Observing repeated stellar occultations over the next few years will help astronomers determine just how much DART altered the trajectory of the binary asteroid system.

Catching the shadow of the larger of the two asteroids, Didymos, required months of work and precise information about the locations of background stars. But observations of occultations from Earth are necessary to get the full picture of DART’s success in redirecting the asteroids.

The European Space Agency (ESA) supports a project called the Asteroid Collaborative Research via Occultation Systematic Survey (ACROSS) designed to capture occultations. For the recent Didymos observations, ACROSS deployed networks of observers including amateur astronomers as well as professionals to meticulously predicted locations across the globe to track the path of the asteroid’s shadow, glimpsing a background star flicker out as Didymos moved in front of it.

“Astrometry based on observing ‘stellar occultations’ was initially exploited for asteroids in the main belt between Mars and Jupiter, then for far-away Trans-Neptunian objects, but ACROSS is extending its systematic exploitation to near-Earth asteroids [NEAs] as well,” Paolo Tanga, project leader of ACROSS and an astronomer at the Observatoire de la Côte d’Azur in France, said in a statement. “This is the challenge: because NEAs move fast and are small, thus producing shorter events and much narrower shadows projected on the ground.”

Such an operation has only been made possible in recent years thanks to the ultra-precise three-dimensional star maps created by ESA’s Gaia satellite, which is pinpointing 2 billion stars, and was still challenging.

An image of the Didymos asteroid system. (Image credit: ASI)

“To make such campaigns possible, we needed to perform independent orbit improvement calculations from the currently available data, shrink the uncertainty of the occultation path to a few kilometers, and deploy observers accordingly to catch a momentary blinking out of the star that has to be measured in milliseconds,” Kleomenis Tsiganis, ACROSS co-investigator and an astrophysicist at Aristotle University of Thessaloniki in Greece, said in the same statement.

The first successful detection of a Didymos-caused occultation of a distant star came on Oct. 15, from a deployment of six telescopes located in northern Oklahoma. One of the telescopes spotted the fading of a star lasting around 0.13 seconds, slightly shorter than the predicted maximum possible duration for such an event.

This observation was followed on Oct. 18, when a 28-inch portable telescope at the Instituto de Astrofisica de Andalucia-CSIC, near Granada in Spain, had also recorded an occultation that agreed well with predictions.

Now that astronomers have spotted Didymos eclipsing stars, catching similar events in the future should be easier. And tracking these future stellar occultations should allow a better accounting of how the system’s orbit around the sun has been changed by the DART impact.

« White House Says Reports of National Security Reviews on Elon Musk Are ‘Not True’ â Tesla CEO Prepares to Close Twitter Deal Friday » Apple explains what ‘Clean Charging’ is for iOS 16.1 – but it’s US only for now