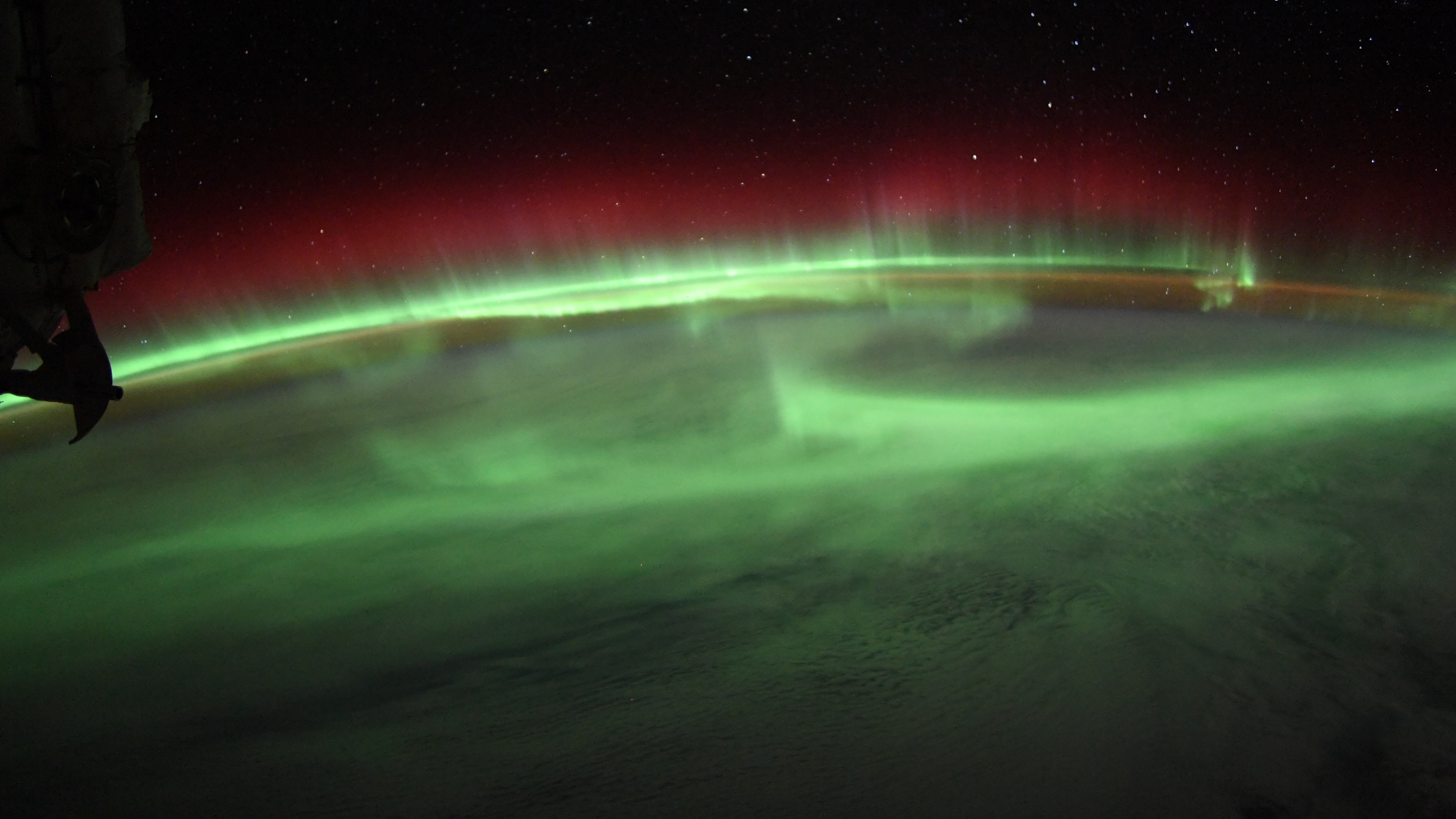 Auroras set off spectacular light shows in the night sky, but they are also illuminating another reason the ozone layer is being eaten away.

Although humans are to blame for much of the ozone layer’s depletion, observations of a type of aurora known as an isolated proton aurora have revealed a cause of ozone depletion that comes from space: Charged particles in plasma belched out by solar flares and coronal mass ejections also keep gnawing at the ozone layer. Before now, the influence of these particles were only vaguely known.

Now, an international research team has found that the effects of isolated proton auroras caused a nearly 250-mile-wide (400 kilometers) hole in the ozone layer, which gaped right below where an aurora occurred. Most of the ozone vanished within about an hour and a half. The researchers had not expected nearly so much ozone to degrade in the wake of this phenomenon, they explained in a statement.

This graphic shows the path of high-energy particles and how they can create localized holes in Earth’s ozone layer while also triggering auroras. (Image credit: Kanazawa University)

Isolated proton auroras may not be as flashy as the northern lights and their southern counterpart, but they are still visible to the human eye. An onslaught of plasma released by the sun brings highly energetic ions and electrons with it. Such particles end up caught in Earth’s inner and outer Van Allen radiation belts, which keep the particles from bombarding the planet directly and turning it into a sun-blasted wasteland like Mars.

Particles that make it to the inner radiation belt can mess with Earth’s atmosphere when they sneak into magnetic-field lines. The nitrogen and hydrogen oxides that are released by the particles’ interactions with the atmosphere deplete ozone. However, this only goes for the ozone layer in the mesosphere; the more critical layer below, the stratosphere, remains unaffected. Isolated proton auroras affect Earth in other ways, however.

“[Electron fallout] from the Earth’s radiation belt plays an important role in mesospheric ozone loss as a connection between space weather and the climate system,” the researchers wrote in a study describing their findings.

Though the damage left behind in mesospheric ozone does repair itself more quickly than holes in stratospheric ozone (which are often caused by human activity), isolated proton auroras still influence changes in the atmosphere. Space weather can cause glitches in satellites and electrical infrastructure, and charged particles are a hazard to astronauts.

The findings will help scientists predict fluctuations in space weather that could possibly affect the planet’s atmosphere.

The research was published Oct. 11 in the journal Scientific Reports (opens in new tab).

« Massive Antarctic iceberg ripped in two by powerful ocean currents » PopGrip JumpStart review: what if a battery bank were also a PopSocket?