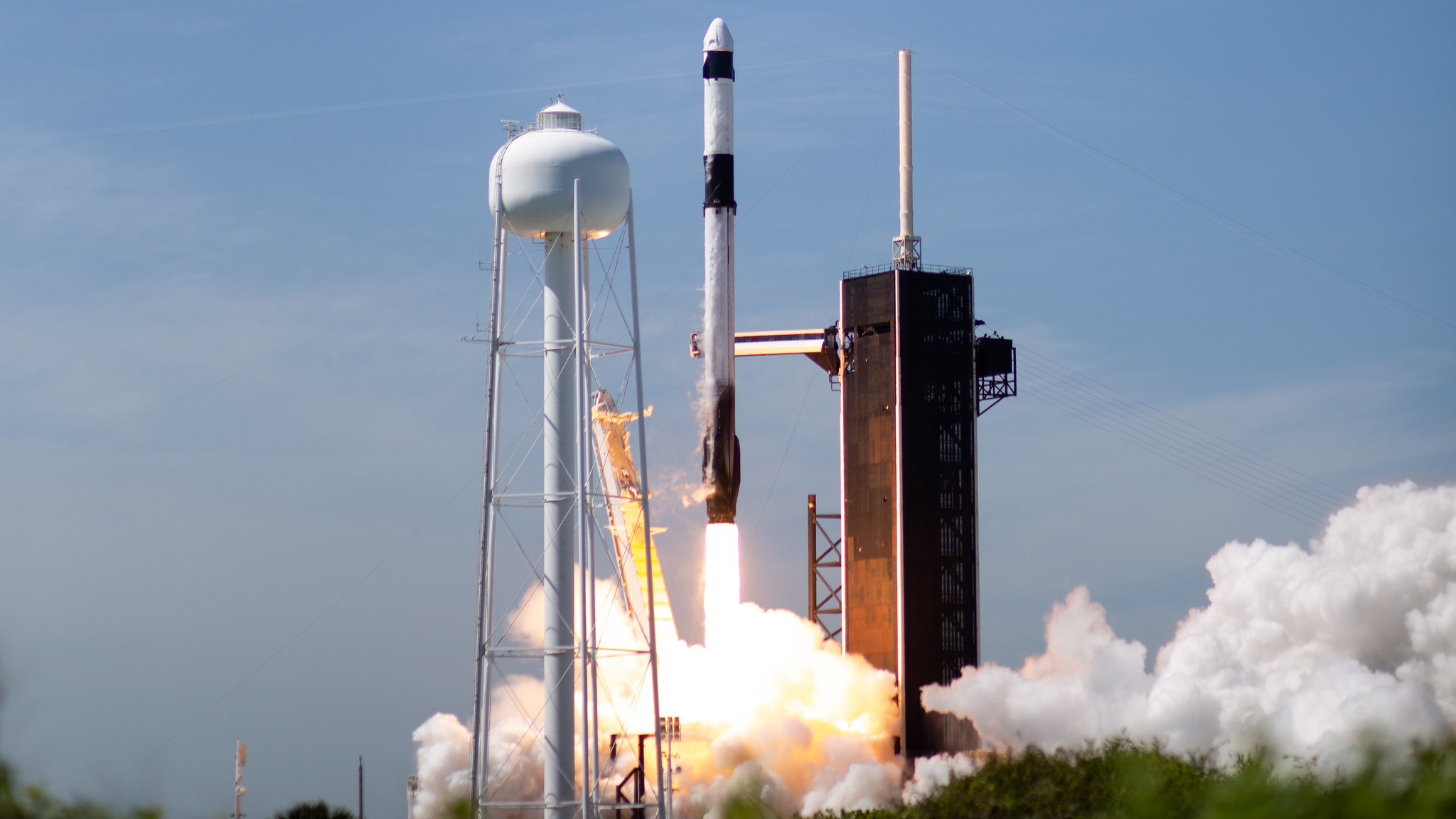 Israel punches above its weight in space science and exploration, as it does in most other arenas.

For example, the country developed its own line of orbital rockets, the Shavit (“Comet”) series, which has lofted a number of satellites over the years. And in April 2019, Israel’s Beresheet (“In the Beginning”) mission attempted to put a robotic lander down on the moon, something achieved only by the United States, the USSR/Russia and China — and nearly succeeded.

Not bad for a nation of 9 million people, which is only slightly bigger than the U.S. state of New Jersey.

But Israel wants to become an even bigger player in the final frontier. It’s developing Beresheet 2 — a more ambitious lunar mission, which will likely consist of an orbiter and two landers — for launch in 2024 or thereabouts. Like the first Beresheet, Beresheet 2 will be led by SpaceIL, an Israeli nonprofit organization.

And the country wants to help accelerate the “New Space” revolution, an opening of the off-Earth economy via commercial space activities and public-private partnerships, according to Uri Oron, director general of the Israel Space Agency.

Connor is American, Pathy is Canadian and Stibbe is from Israel. He’s just the second Israeli to reach space, after Ilan Ramon, who perished along with his six crewmates in the 2003 space shuttle Columbia disaster.

Stibbe and Ramon were friends — and Oron knew them both. Space.com caught up with the director general recently to discuss Ax-1, Beresheet 2, New Space and Israel’s ambitions in the final frontier. The following conversation has been edited for length.

Space.com: What are your thoughts about Ax-1? How important is the mission?

Uri Oron: They’re [on] the ISS, a space station that was built by countries, by governments, and they’re going to execute experiments and actions from scientific, academic, as well as educational institutes. And I think that’s the story of New Space — the combination of private to public, with government, with education. That’s the story of New Space. And I think in that regard, first of all, it’s fascinating.

But we’re very glad and very fortunate to have an Israeli player, the second Israeli astronaut, in that first group. So I think it’s fascinating. It’s extremely important to us.

Space.com: There’s even more meaning here, too, because the first Israeli astronaut launched in 2003 on the space shuttle Columbia and didn’t survive the trip home. Could you talk about the connection between Eytan Stibbe and Ilan Ramon?

Oron: Eytan and Ilan, they were friends. Both of them were fighter pilots. Actually, I’m a fighter pilot myself, so I knew both of them; I knew Ilan and still know Eytan very, very well.

They were friends. It’s a very interesting part of the story, but it’s only part of the story. I think it’s bringing a lot of emotions, but basically, it does not change the whole story. It shouldn’t divert us from the huge changes that are surrounding us.

Space.com: Yes, it just adds another layer of meaning and interest. So, what do you see as the main story here?

Oron: It’s another great example of the huge change that all of us dealing with space [are] experienc[ing]. The fact that, again, it’s not just governments and countries, it’s private people, private organizations. And this is what it’s all about. Access to space is much cheaper; it’s much easier. Access to space is not limited only to countries, nations and governments. Space is open to everyone. And the story of Ax-1 is one example of that story. But it’s not the only one.

Space.com: In fact, it’s not the first all-private mission to Earth orbit — we saw that just a few months ago with the Inspiration4 mission. So we’re already seeing these things happen, and Ax-1 sort of builds upon it.

Oron: And we’ll see more and more. You can even see the line between what some of us used to call “space tourism” all the way to private missions [like] Ax-1. And it will go further. You have the Polaris missions, you have other missions; you will see many more private people, private organizations, private entities taking part in this emerging world. This is the way we need to move forward.

I think we’re just in the beginning. When I look back, I see some similarity between the time that we’re facing and the beginning of the ’90s with the internet. What we see here right now is, basically, the foundation, or the infrastructure, of a new economic ecosystem. Right now, it’s just the foundation. We don’t know what the future will bring; nobody knew during the ’90s or thought about Uber, Airbnb and other entities. We don’t know exactly what’s going to be in space 10 years from now. But what we know for sure is that the foundation, the infrastructure, and the fact that private people and private organizations are part of it — it’s there. It’s obvious. We need to be part of it. That’s why it’s important to Israel.

Space.com: Speaking of the infrastructure, Axiom Space also wants to build its own space station in low Earth orbit. They’re planning to be an anchor for commercial space activities and all the things that could follow on from that. I mean, people could go up there just for a vacation, or you can have off-Earth manufacturing on the private station. There are all sorts of things that could happen.

Oron: I totally agree. This is the future.

Space.com: How do you see Israel fitting into that future? You want to become a bigger player in space, right? How do you see yourselves kind of getting on this train and leveraging some of these activities?

Oron: Israel does have a very, I can even call it unique, legacy in space. Israel was the eighth country to plan, build, launch and operate satellites by itself, an end-to-end capability. Israel, with the Beresheet or “Genesis” project, was the fourth country that put a vehicle on the moon. Yes, we experienced a hard landing. But it was a very unique experience — the first private entity to do that.

So we do have a legacy. Combine that with the legacy, and even the culture, of the Israeli innovation ecosystem, combine it with already proven capabilities in other areas such as cyber, AI [artificial intelligence], quantum computing — you name it in that regard — and you will see that the foundation of a new ecosystem is already there. My belief is that space will be another domain that will be able to strengthen Israeli capabilities and to be, actually first and foremost, a lever for the economic growth of Israel.

Space.com: So, how do you connect those various pieces? Is that where the private sector comes in, to kind of get everything bound up in one package?

Oron: It’s an interesting game, because what you can see here is that space is still difficult. Space is still the game of the big players. So in that regard, you still need the government to help. And what I see is a sort of triangle between investors, entrepreneurs and the government as an enabler, to solve regulation problems and to help to push it forward. Without those three different points in the triangle, it won’t work, at least in Israel.

Building an infrastructure, physical infrastructure — this is difficult. Sometimes it’s even risky. This is where the government should go in. I’m not going to build those startups; I need to enable them to flourish.

Space.com: Are there examples from other nations, or from other sectors, that you can look to for guidance about how to make this happen?

Space.com: You mentioned Beresheet earlier. I wanted to ask about Beresheet 2, because that’s coming up in the relatively near future. What do you see for Beresheet 2, and how important is this mission for Israel?

Oron: It is very, very, very important. And as you mentioned, Beresheet 2 is already on track. Moving forward, [launch] timelines are around the end of ’24 or beginning of ’25.

It’s going to be a huge effort. The plan is to launch a spacecraft that will for the first time send landers to two different spots on the moon. The purposes of the mission are like [the first] Beresheet. One is to be an educational and scientific program. So the payloads will be aiming in that direction.

Imagine those two landers landing on the moon and sending their data to the orbiter that will continue to circle the moon for about two or three years. Of course, [the landers] don’t have enough energy to be relevant that long, but they will send the data, and the data will be sent to Mother Earth to run through educational programs worldwide. That’s the basic idea.

It’s very, very exciting. The effort is huge, but we feel we can do it. We in the government of Israel, we believe we have a role. It’s important to us, although it’s not our responsibility.

Space.com: 2024 to 2025 should be a pretty exciting time for lunar exploration — around then, NASA astronauts are hopefully going to be launching on a mission around the moon and then gearing up for a lunar landing. And there’ll hopefully be private companies landing robotic spacecraft on the moon to help that effort. Israel can be part of that broader effort to explore the moon and lay the foundation for more commercial activity there.

Oron: Yes, definitely. That’s the way we see it. And that’s, again, one of the fascinating things about space: Space is the growth engine for many things. It’s not just science and education and economics. When you look at the Apollo effect, and you realize the effect of space on the whole society, then you realize it’s an area that is worthwhile investing in, for countries especially.

Space.com: We saw that with all of the excitement around Beresheet 1. There was such intense interest — everybody was gathering around TVs and computer screens to watch the updates about the landing. If you have a big space success, it’s a really big deal; it can change things in a lot of young people’s heads about what science means, what technology means. They can see themselves being in those industries, doing it for a career.

Oron: That’s the basic idea. And that’s exactly the idea behind Beresheet 2. You don’t give up when you have those huge goals and huge challenges. And [Beresheet 1] wasn’t a big failure; it was just a really hard landing. And we learned so much along the way. So it’s just another milestone toward the goal — that’s the way we see it.

« How to get premium high-resolution metaverse and NFT images » Overwatch 2’s First New Character, Sojourn, Gets Gameplay And Ability Details