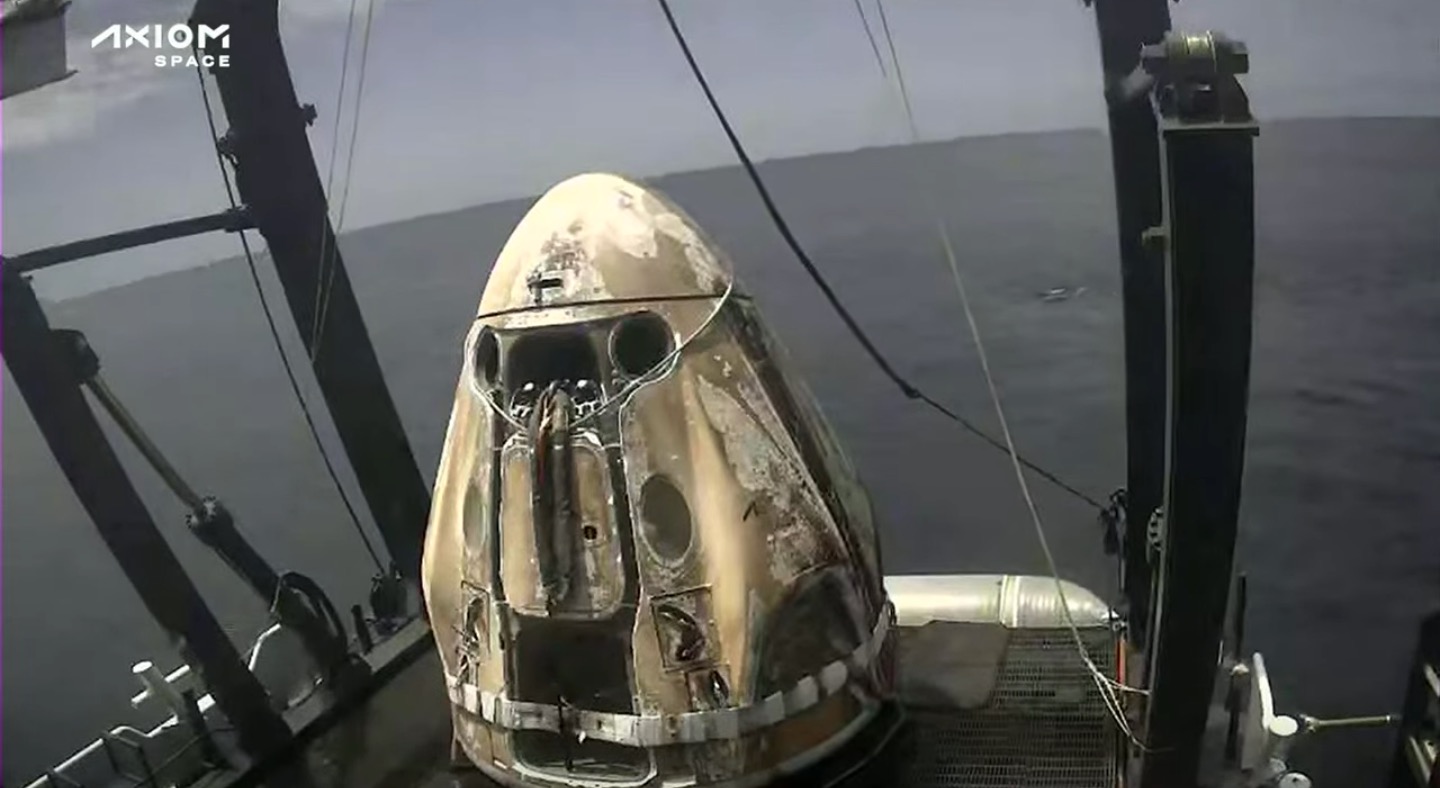 During a post-splashdown news conference today, representatives of both Axiom and SpaceX shared their thoughts on how this historic mission could shape the future of private spaceflight.

“There were a lot of eyes on this mission, just to see if it was practical,” Derek Hassmann, the operations director at Axiom Space, told Space.com during the news conference today.  “Everybody understood it was possible. You can put four private citizens on a spacecraft and send them to ISS, but can you train them in an abbreviated amount of time? Can you prepare them for the mission in a way that minimizes impact on ISS crew?”

“Those are the questions [people ask], and I think we proved we could do that,” Hassmann added.

“I think we’re going to come out of this with a lot of significant lessons learned,” Hassmann said. He added that he has already begun discussing the lessons learned from Ax-1 with Peggy Whitson, Axiom Space’s director of human spaceflight, a retired NASA astronaut and the mission commander for the company’s next crewed mission, Ax-2.

“She and I had many conversations during the mission about things to do differently and things to do better for the next mission,” Hassmann said about his talks with Whitson. “And a lot of it has to do with training … based on the experiences that the crew had on this mission, what are the specific things that we could focus on that will make the crew better prepared, especially for the very intense first several days where they’re, you know, still getting their space legs.”

But, while Hassmann has shared how the team plans to improve with future missions, with Ax-1, “we proved it possible,” he said.

“We proved that we can prepare the crew in a way that makes them effective and productive on orbit. And we’re ready to go do it again. And we’re going to do it even better next time,” Hassmann added.

Ax-2 is currently scheduled to launch later this year. These missions, the company has stated, are part of a larger plan to launch a series of modules to dock with the ISS that will one day serve as the basis for a fully commercial free-flying space station.

« Takeaways and reviews, what went down during Miami Tech Week » What Twitter employees are saying about Elon Musk