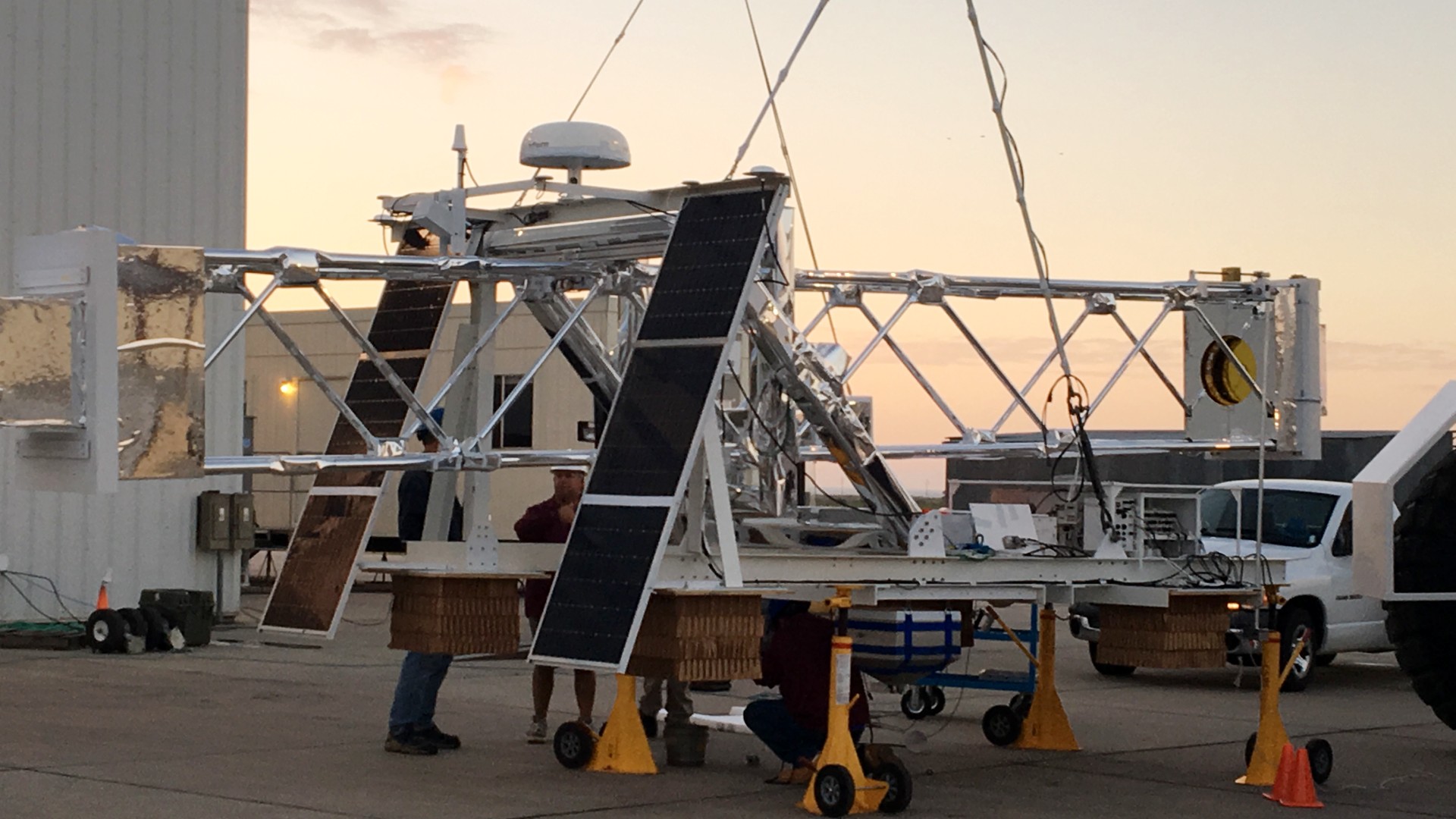 An international team of researchers gathered at the Esrange Space Center in Kiruna, Sweden on Tuesday (July 12) to watch the launch of XL-Calibur, a balloon-borne telescope that will measure X-ray emissions in our galaxy.

XL-Calibur’s current mission will land in northern Canada at an unspecified date after sailing over the north Atlantic Ocean. The mission will collect data on several targets: The stellar-mass black hole Cygnus X-1, the Crab Nebula and Crab Pulsar, and two flaring X-ray sources in the Milky Way. NASA’s Wallops Flight Facility in Virginia announced the launch on its official Twitter account on Monday (July 11).

XL-Calibur is a collaboration between nearly 50 scientists in the United States, Japan and Sweden and is overseen by principal investigator Henric Krawczynski of Washington University in St. Louis. The project aims to collect data on how magnetic fields and scattering can lead to X-ray polarization, which can in turn offer astronomers a better understanding of black holes and neutron stars, two sources of X-rays.

Specifically, XL-Calibur is designed to study X-ray polarization in order to “improve our constraints on the properties of black holes and neutron stars, better understand the physics of accretion onto black holes and neutron stars, as well as test predictions of strong-field QED [quantum electrodynamics] and strong-field gravity,” according to the project’s official website (opens in new tab). A thorough description of how the X-ray polarization sensors aboard XL-Calibur can accomplish these goals was published on the preprint server arXiv (opens in new tab) in 2019.

XL-Calibur consists of a large truss containing solar panels, a motorized pointing system and its various scientific instruments. Its X-ray mirror is found at one end and a polarimeter at the other, guarded by a sophisticated shield to block out unwanted background radiation. The entire truss complete with instruments is suspended underneath a massive balloon that measures hundreds of feet in diameter when it fully inflates as it reaches the stratosphere, rising to heights of up to 130,000 feet (39,600 meters).

Amateur photographers have already spotted (opens in new tab) the immense balloon at altitude as it floats west over Sweden and Norway towards Canada.

I thought this was a weather balloon but it is far more exciting. @SuperTigerLDB is a NASA balloon launched from Sweden to study cosmic rays. This picture shows it over Bodø 🇳🇴 at an altitude of 120,000ft (about 35km) and it is apparantly the size of a football stadium! pic.twitter.com/m32biKK5xkJuly 12, 2022

XL-Calibur builds upon the success of the previous X-Calibur mission (opens in new tab), which launched in 2018 from McMurdo Station in Antarctica with a similar mission to study X-ray polarization. This latest mission features a much larger mirror than the previous mission that enables more sensitive X-ray measurements to be taken, and a new shield to block out atmospheric gamma-rays and cosmic rays.