Blizzard Reveals The Most-Played Characters In The Overwatch 2 Beta

Overwatch 2‘s first PvP beta just wrapped up on May 17, leaving the development team with a lot of data to sift through before the next beta begins. Now, Blizzard has shared some of that data in a blog post, revealing some interesting stats on hero usage rates, win rates, and the effects of recent buffs and nerfs.

The blog reveals that new Overwatch 2 damage hero Sojourn had a very high useage rate at the start of the beta, peaking at around 80%–meaning there was a Sojourn in both teams for over half of the gameplay time. As you might expect for a new character, the useage was incredibly high at the start of the beta, and then dropped off rapidly. Of the reworked characters, Orisa saw the highest useage, followed by Doomfist, then Bastion and Sombra. 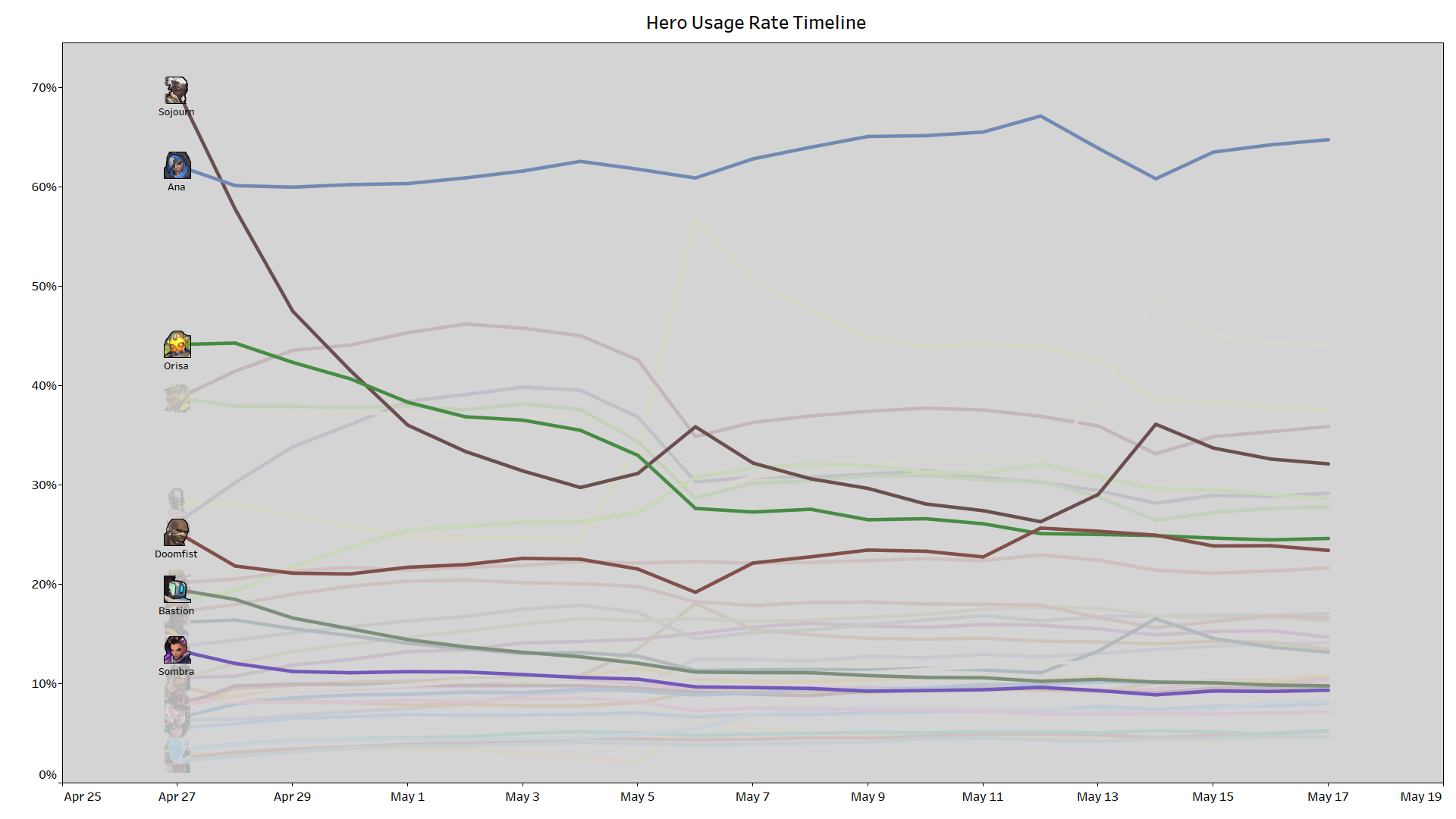 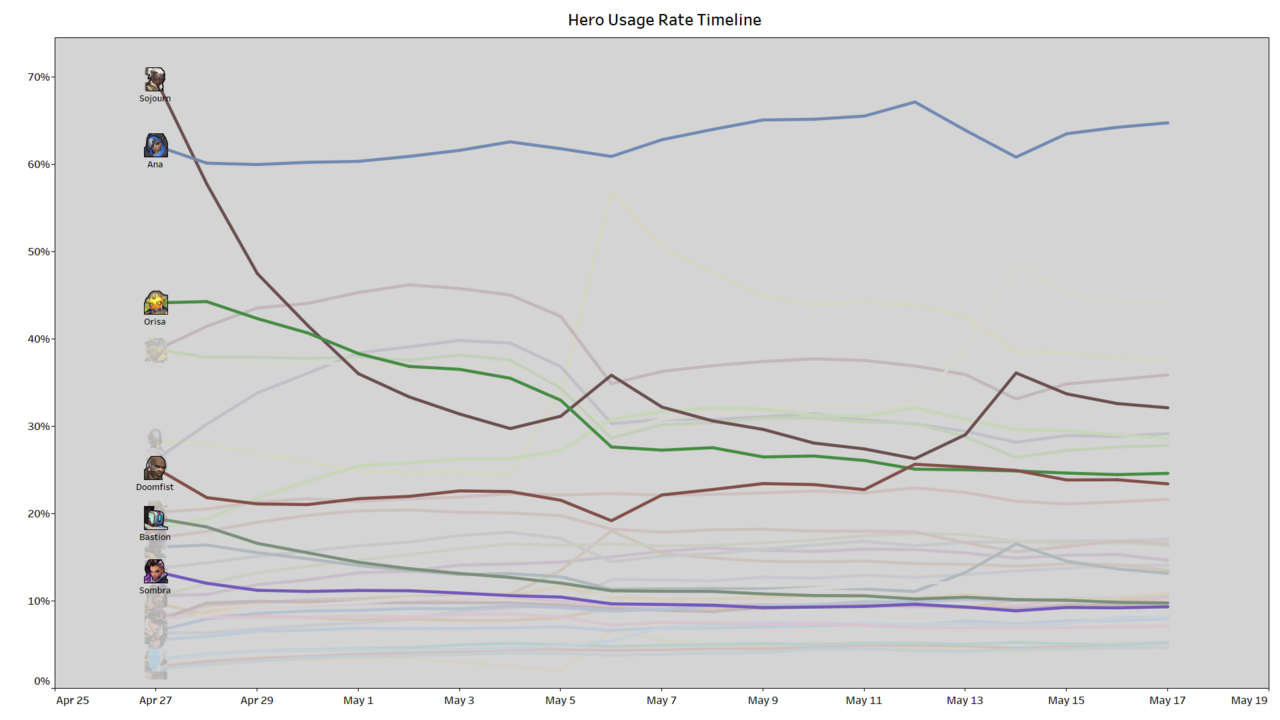 Blizzard also shared a chart showing “weighted” results, where the character useage rates are weighed against how many other heroes there are in the same role. This change in metrics dramatically reduces Ana’s dominance in the original chart, while Sojourn and Orisa are shown to be clear outliers with high relative useage rates. 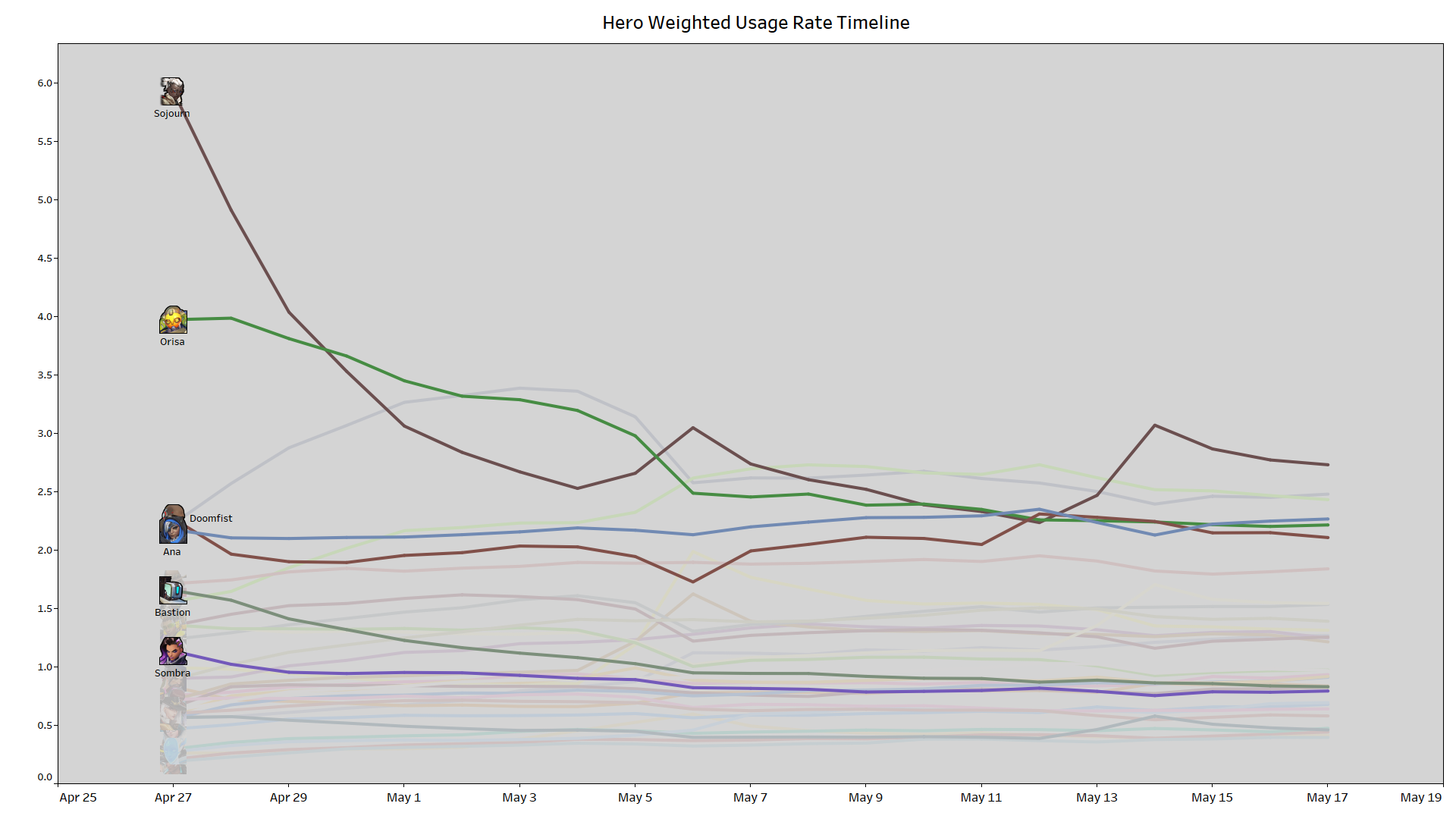 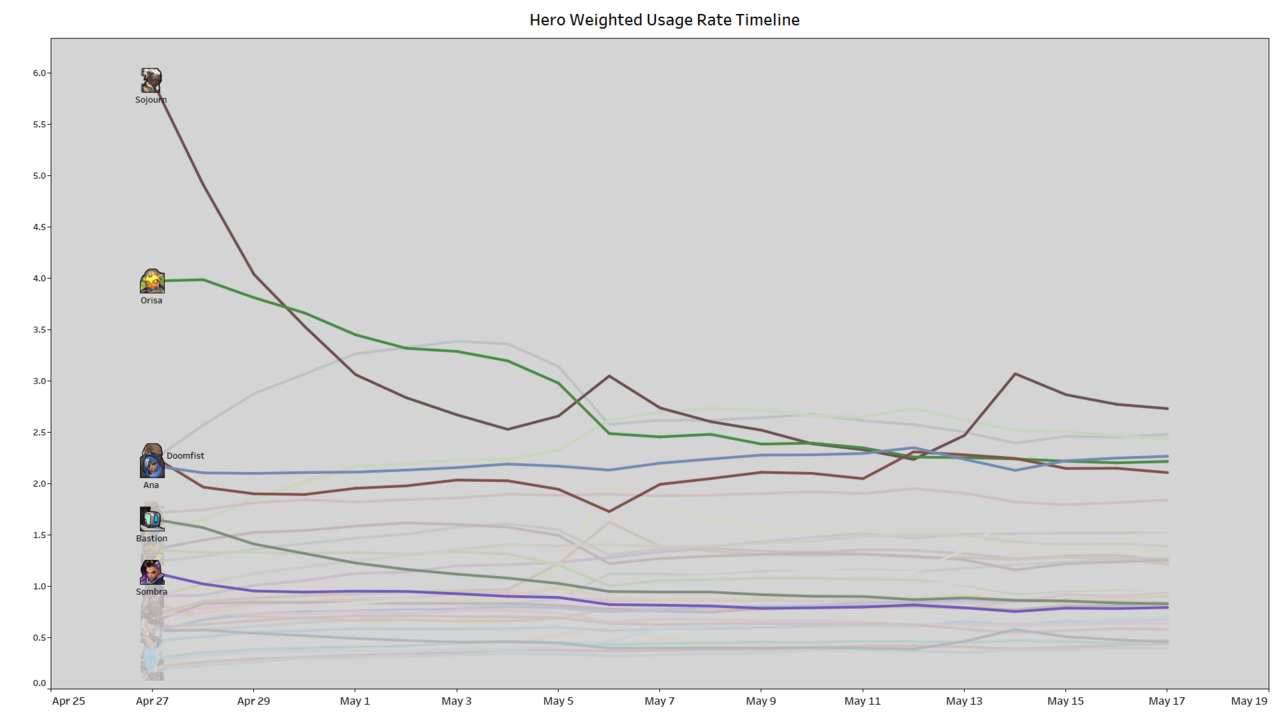 The post also goes into hero win rates, something the developers have to to consider when looking at potential balance changes for the upcoming sequel. The data is a lot more complicated than it looks, however, with the blog post explaining that new characters people are just learning to play will have generally lower win rates than heroes that players have been able to use since the original Overwatch first launched.

A series of charts look at how the beta’s various patches affected win rates, showing that a balance patch pushed on May 5 immediately impacted adjusted characters’ win rates, with Zenyatta receiving a big boost to wins, and Soldier 76 losing some of his dominance among damage heroes.

The full post is worth a read for those interested in how Overwatch 2 is being developed. Fans should also keep an eye out for more news coming on June 16, including details on how to be a part of the next beta.