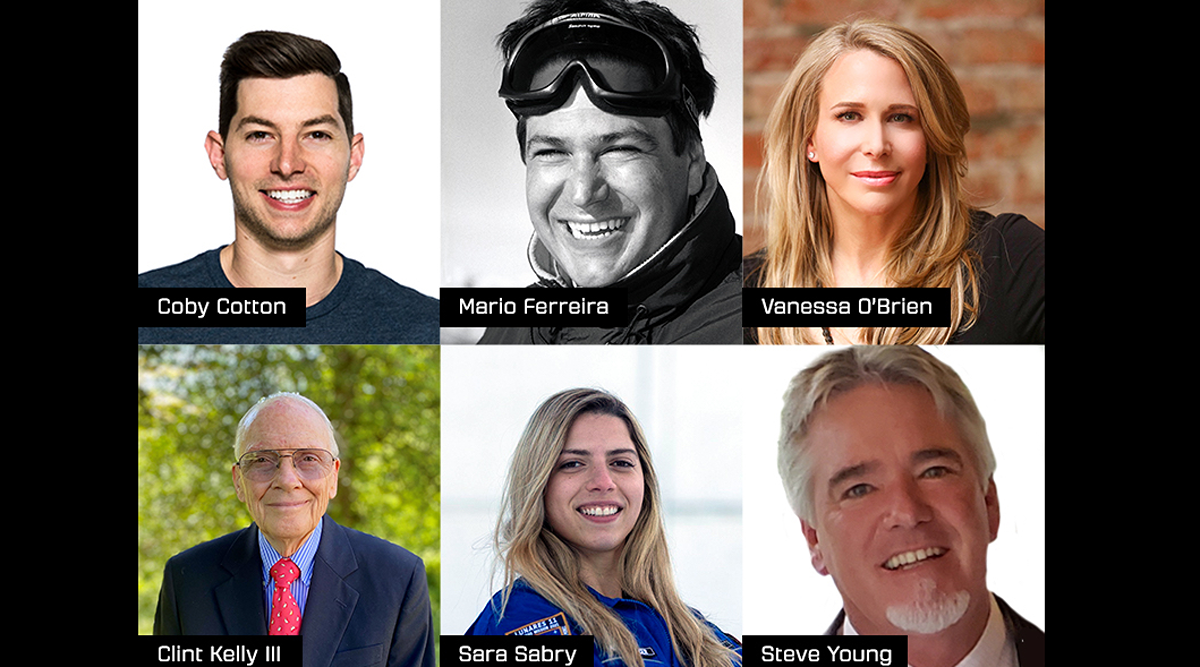 Blue Origin unveiled the identities of the next six individuals who will fly to suborbital space.

The passengers for the NS-22 mission include the first Egyptian and Portuguese astronauts, Blue Origin announced (opens in new tab) today (July 22).

Blue Origin has not yet announced a flight date for this group, but said the timing would be announced soon. The crew announcement came almost exactly a year after the company’s debut crewed flight, including founder Jeff Bezos and Mercury 13 member Wally Funk, launched to space on July 20, 2021.

Historically, Blue Origin has not disclosed how much the passengers paid; competitor Virgin Galactic sells seats for $450,000. While most individuals pay their way or have celebrity invites on the New Shepard spacecraft, a selection receive sponsorship.

The last launch on June 4, for example, included a person sponsored by the nonprofit Space For Humanity, which flies individuals to space for free, following an application process.

Below are descriptions of the six individuals flying aboard NS-22.

Sara Sabry is a founder of the Deep Space Initiative, which aims to “increase accessibility for space research,” and will be the first person from Egypt to fly to space, Blue Origin stated. She also was Egypt’s first analog astronaut in 2021, having completed a two-week simulated moon mission at the LunAres Research Station in Poland. Sabry completed a bachelor’s degree in mechanical engineering at the American University in Cairo and a master’s in biomedical engineering from the Politecnico di Milano. Sabry’s seat is sponsored by Space for Humanity.

Mário Ferreira will be the first person from Portugal to fly into space, according to Blue Origin. Ferreira is a Portuguese entrepreneur, investor and President of Pluris Investments Group. The group includes 40 companies in sectors including tourism, media, real estate, renewable energy and insurance, Blue Origin stated. Ferreira’s activities have included scuba diving, running the London Marathon and participating in a car rally known as the Dakar.

Vanessa O’Brien is a British-American explorer seeking to become the first woman to complete the Explorers’ extreme trifecta of reaching space; she has already summited Mount Everest (Earth’s highest peak) and explored our planet’s deepest extent (the Challenger Deep), which are the other two requirements of the trifecta. O’Brien will be the second individual to complete the trio of challenges after Victor Viscovo, who flew on Blue Origin NS-21 on June 4. Prior to exploring, O’Brien was in senior management of financial institutions such as Morgan Stanley, Barclays Bank and the Bank of America, according to her website biography.

While at the Defense Advanced Research Projects Agency (DARPA) in 1984, Clint Kelly founded the Autonomous Land Vehicle project, which Blue Origin says was an early-stage effort related to autonomous driving technology. He also managed research and technology programs in computer science and robotics. Kelly and his wife have visited every continent to pursue their hobby of photographing wildlife.

Steve Young ran a telecommunications contracting business in Florida, Young’s Communications LLC, between 1992 and 2021. Young is committee member of the Space Coast Coastal Conservation Association, among other charitable initiatives, and is owner of the Pineapples restaurant in Melbourne, Florida.

Coby Cotton co-founded the YouTube channel Dude Perfect, which Blue Origin says is the service’s “most-subscribed sports channel” with 57 million followers. Focusing on comedy videos and trick shots, Cotton created Dude Perfect in 2009 with college college roommates Garrett Hilbert, Tyler Toney, Cody Jones, and his brother, Cory Cotton.  Cotton’s seat was sponsored by MoonDAO. According to its website, members purchase tokens to participate in a “collective … united by the mission of decentralizing access to space research and exploration.”