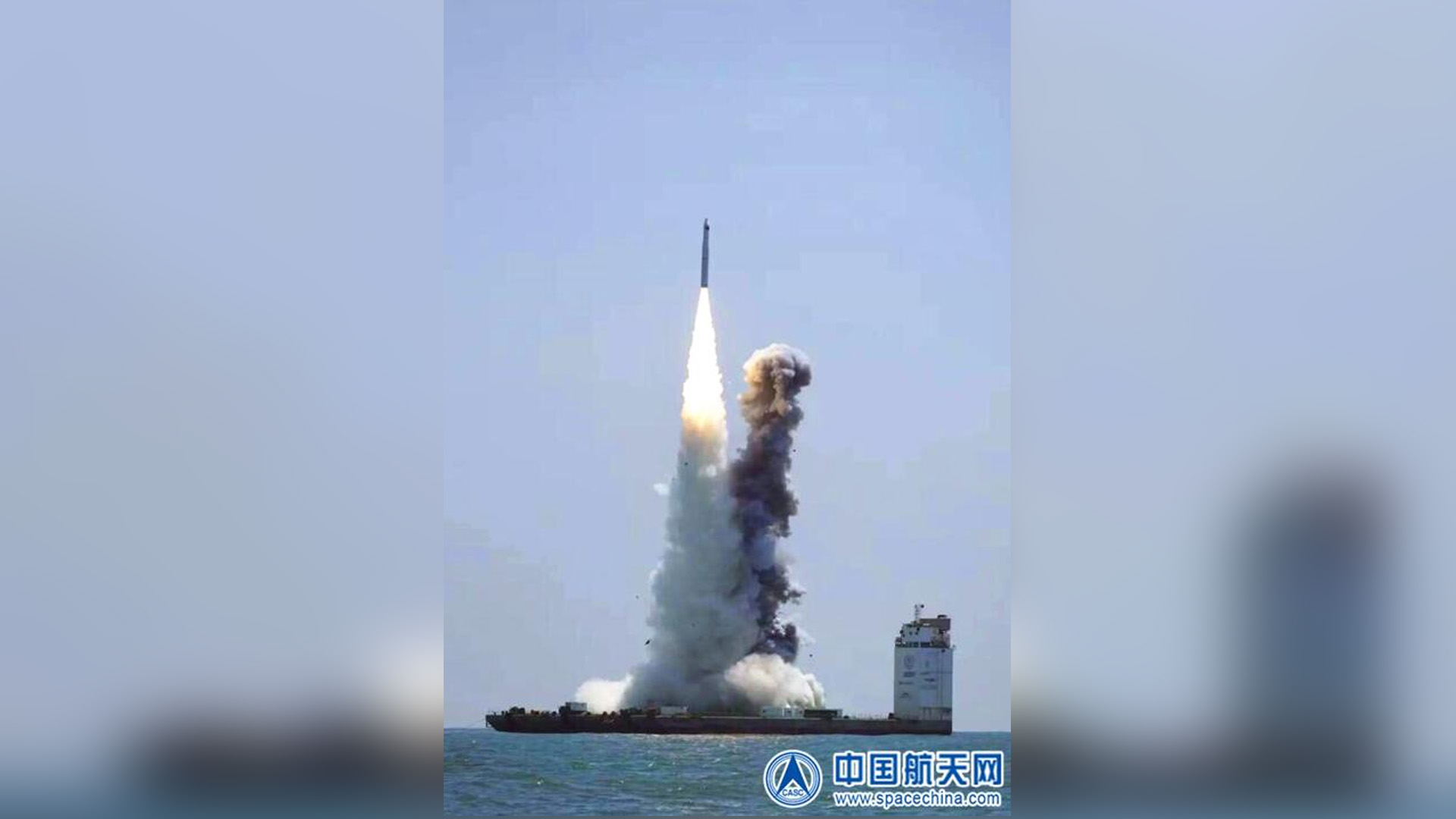 China launched five satellites into orbit on a rocket that lifted from a platform at sea on Saturday (April 30), setting a new distance record for the country’s offshore launches.

A Long March 11 solid-fueled rocket successfully launched from ocean platform in the East China Sea to deliver its payloads into orbit. It was the second launch in as many days for the China National Space Administration, which launched two other satellites from a land-based spaceport on Friday.

Saturday’s sea launch marked the farthest offshore liftoff yet for China. It was the third sea launch for the country, which has launched Long March 11 boosters from its De Bo 3 platform since 2020.

“The launch site is the farthest from the port for us so far,” Zhang Ming, deputy chief designer of Long March 11, told the state-run CCTV news channel, though he did not state how far the platform was offshore. “The mission will accumulate technologies and experience for our sea launch in the future.”

China’s Long March 11 rocket stands in launch position on its sea launch platform ahead of a five-satellite launch on April 30, 2022. (Image credit: CASC)

Saturday’s mission was originally slated to launch Friday (April 29) but was delayed due to weather, according to SpaceNews. It came on the heels of a Long March 2 C rocket launch from the Jiuquan Satellite Launch Center on land to deliver two remote-sensing satellites into orbit.

In addition to its traditional land-based launches like the one on Friday, China aims to launch up to three sea-based missions with the Long March 11 in 2022, officials with the China Aerospace Science and Technology Corporation said in a translated statement.