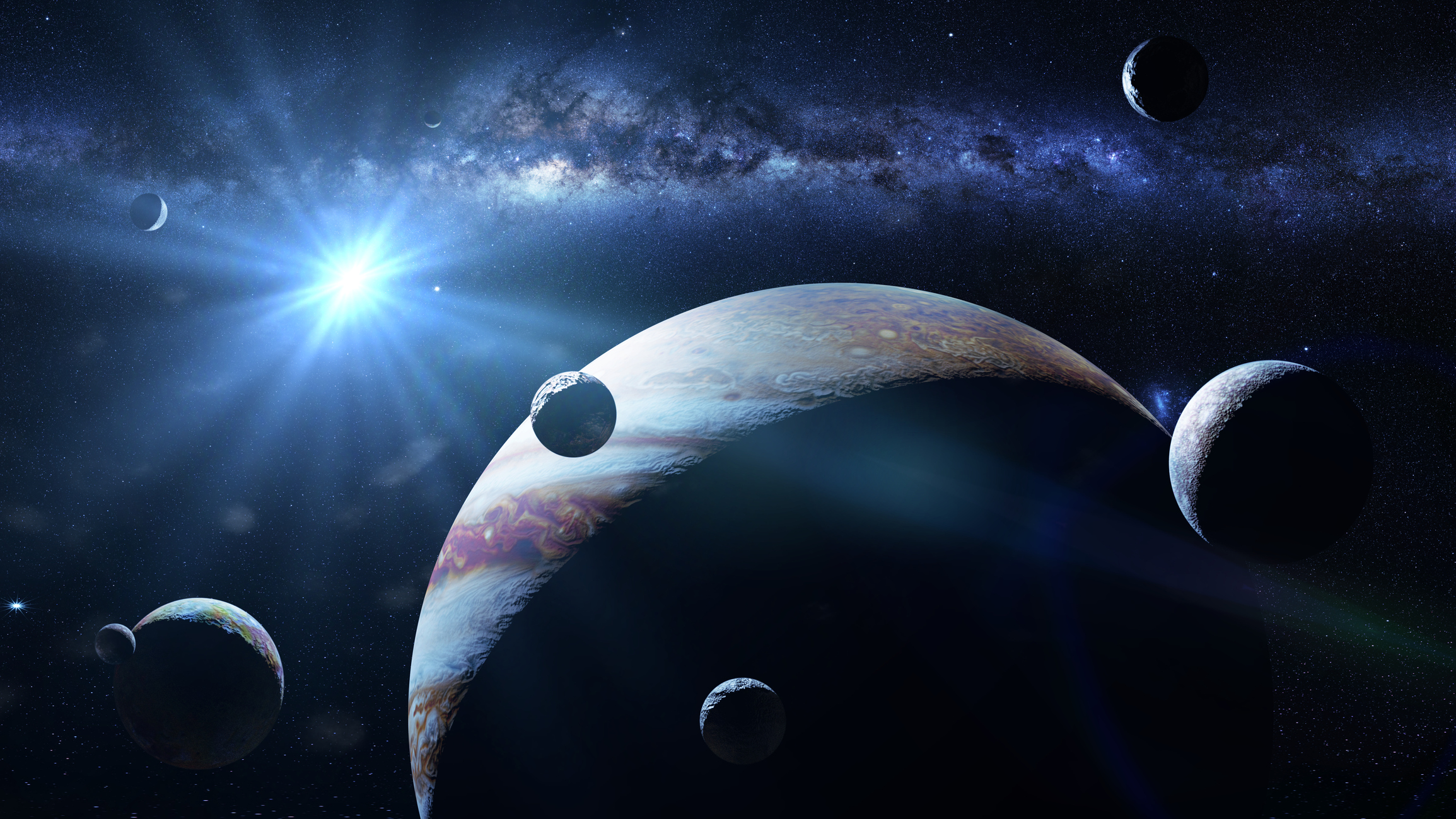 China is planning an ambitious two-for-one shot to the outer planets with a pair of spacecraft to launch for Jupiter and Uranus around 2030.

The mission will be named Tianwen 4 and will see a larger probe destined for Jupiter and smaller spacecraft to be sent to make a flyby of distant Uranus.

The pair will launch on a Long March 5 rocket and use a Venus flyby and two Earth flybys to fling the spacecraft on a trajectory for the outer solar system before separating and setting course for their respective targets.

China has previously stated it was in the planning stages for a Jupiter mission, but new details were presented by Wang Qiong of the Lunar Exploration and Space Engineering Center under the China National Space Administration (CNSA) at the International Astronautical Congress 2022 in Paris on Sept. 21.

The main spacecraft will be dedicated to investigate the Jupiter system and will eventually enter orbit around the moon Callisto for a detailed investigation of the outermost of the Galilean moons.

The smaller spacecraft, which will have a mass on the order of a few hundred kilograms according to Wang, will make the longer voyage to Uranus. The presentation also suggests the spacecraft could fly by an asteroid on their way out from the sun.

“The scientific goals are still under consideration,” Wang told Space.com after the presentation. Earlier presentations indicated that China was weighing up focusing on either Callisto as a main target which could reveal much about the moon and the history of the Jovian system, or investigating the irregular satellites of Jupiter which could give insight into the early days of the solar system itself.

CNSA was earlier considering a lander as part of the Callisto-focused mission profile, but Wang says that the latest concept includes an orbiter but no lander.

An illustration of Jupiter and its moon Callisto. (Image credit: Ianm35/Getty Images)

The mission is part of China’s expanding program to explore the solar system, “Tianwen,” named for the poem “Heavenly Questions” attributed to the ancient Chinese poet Qu Yuan born around 2,300 years ago.

China launched its first independent interplanetary mission in 2020, sending the Tianwen 1 orbiter and Zhurong rover to Mars. Next up, Tianwen 2 will launch around 2025 and target the small near-Earth asteroid Kamo’oalewa for a sample-return mission and a later visit to a main belt comet.

Tianwen 3 will be a complex, dual-launch Mars sample return mission which could launch as soon as 2028 and deliver to Earth the first ever samples collected from the Red Planet.

Wang said that the missions, together with plans to build an International Lunar Research Station in the 2030s, aim to “promote the utilization of human resources to create a new pattern of international cooperation in space exploration to make contributions to the peaceful use of space.”