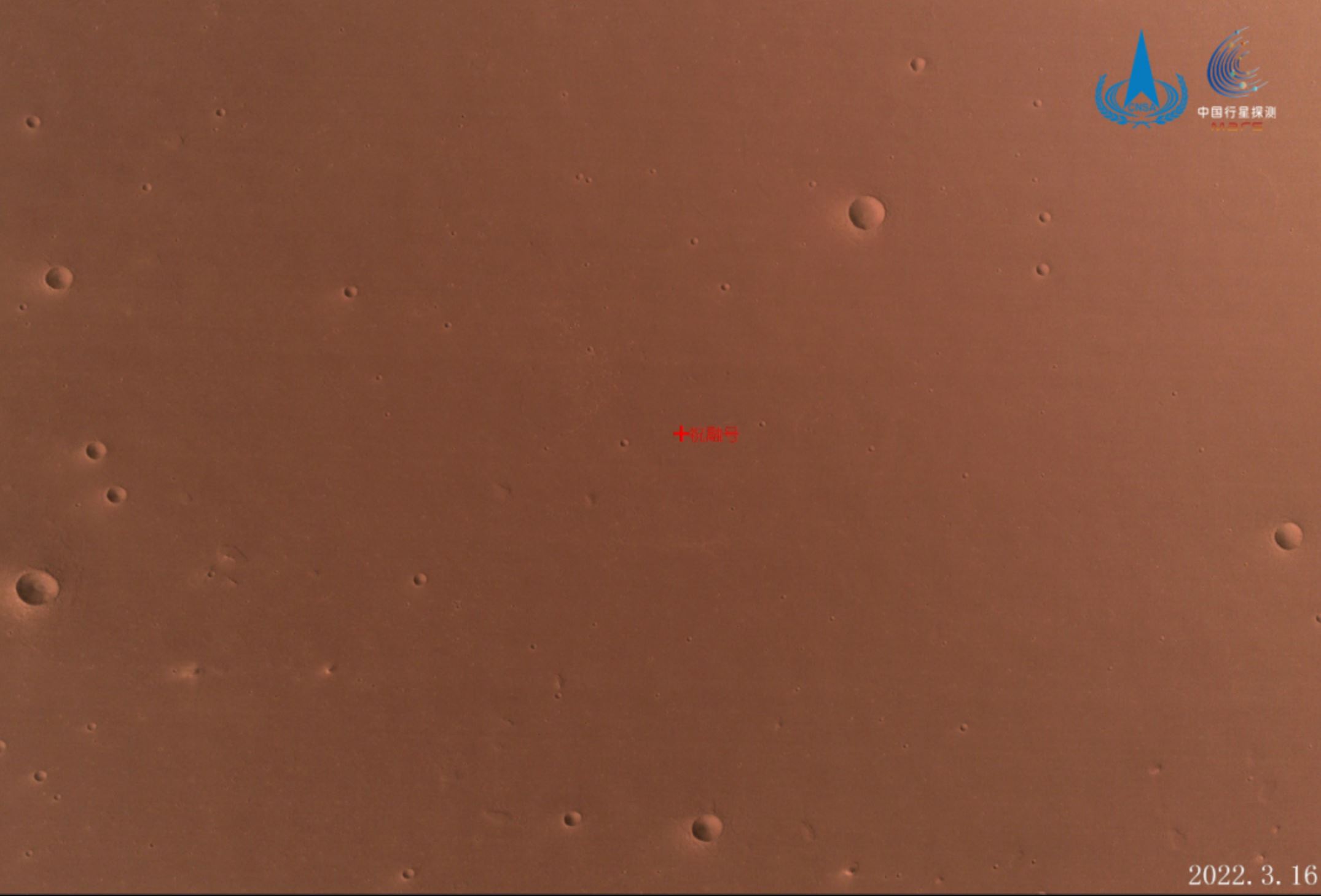 We may have heard the last from China’s Zhurong for a while, after the solar-powered Mars rover entered a dormant state due to winter’s cold and local sand and dust storms.

Zhurong entered hibernation on May 18, with temperatures of around minus 4 degrees Fahrenheit (minus 20 degrees Celsius) during the local Mars day and minus 148 F (minus 100 C) during the night, according to a statement from the Chinese Lunar Exploration Program. China’s Tianwen 1 orbiter, which delivered Zhurong to Mars last May, also detected sand and dust storm activity over Zhurong’s landing area in Utopia Planitia with its medium-resolution camera.

Zhurong has a few tricks in its design to help it withstand the challenges of winter temperatures and sand and dust storms. These measures include the ability to angle its solar panels to maximize sunlight collection and a special anti-dust coating on the panels.

China’s rover is not alone in its plight: NASA’s InSight lander, which arrived on the Red Planet in November 2018, is also struggling to produce enough solar power to continue operations. In contrast, NASA’s Curiosity and Perseverance rovers can continue their journeys across the surface of Mars regardless of seasons, since they are powered by radioisotope thermoelectric generators, a type of nuclear power.

China’s Yutu rovers on the moon are commanded to enter a dormant state for lunar nights, which last about 14 Earth days. However, the Zhurong rover will be able to autonomously detect the improvement in solar energy levels and power up once more, according to Chinese officials

The rover is expected to resume activities again in December, with the onset of spring in the northern hemisphere and the clearing of local dust storms.

« NASA to roll Artemis 1 moon rocket back out to pad for testing in early June » Biggest Movers: FTM, ETC Lead Crypto Gainers to Start the Week