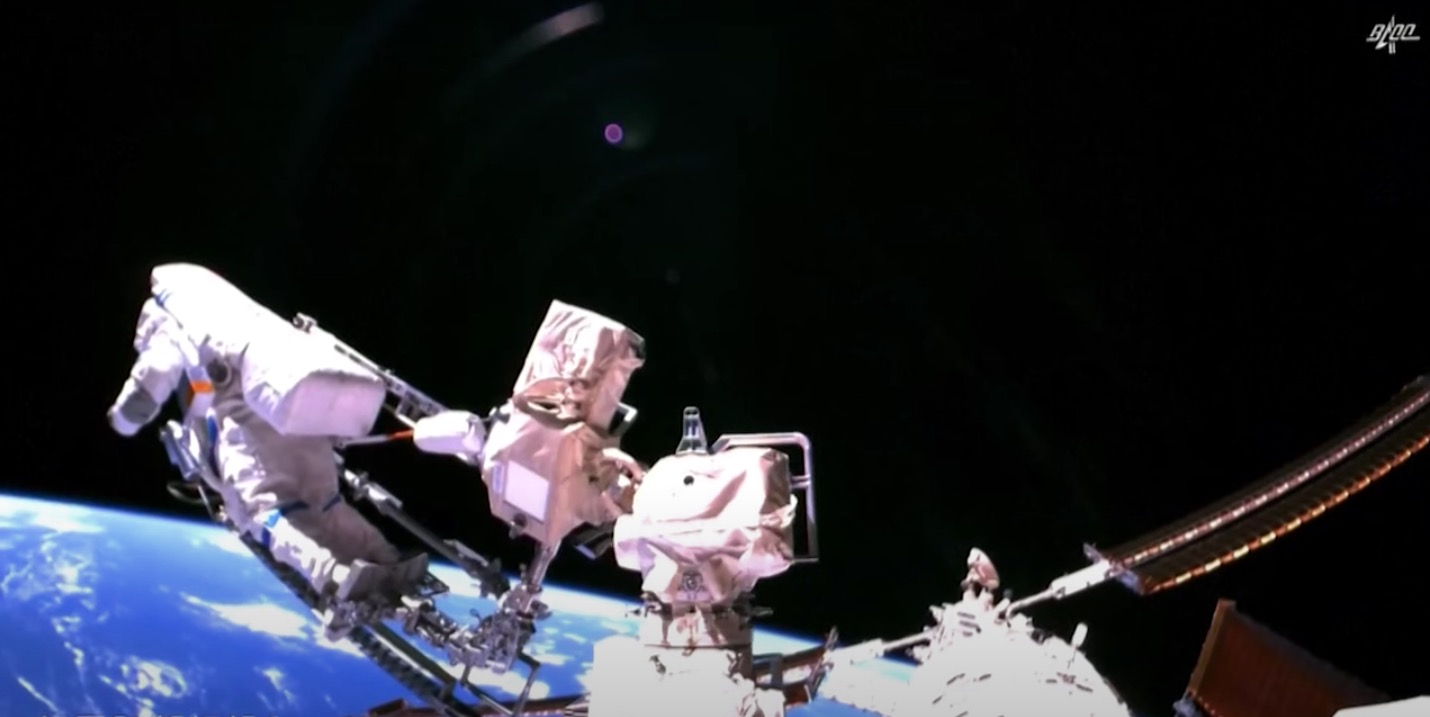 Astronauts Chen Dong and Cai Xuzhe opened the hatch of the Wentian experiment module at 10:16 p.m. EDT on Wednesday (Nov. 16; 0316 GMT on Thursday, Nov. 17) and embarked on a 5.5-hour extravehicular activity, or spacewalk, outside the Tiangong space station.

The pair installed a device to connect Tiangong’s Tianhe core module with the new Mengtian module, which launched to the station on Oct. 31. This will allow astronauts to move more easily and freely between modules when outside the station, without the need for robotic arms to maneuver them around.

Chen and Cai also raised a panoramic camera outside the Wentian module and installed a handle on its small mechanical arm. This allowed Tiangong’s two robotic arms — which measure 33.5 feet (10.2 meters) and 19.6 feet (6 m) in length, respectively — to connect, forming one longer arm for the first time.

Liu Yang, who became China’s first woman in space in 2012, stayed inside Tiangong to support her crewmates during the spacewalk. Activities were completed at 3:50 a.m. EDT (0850 GMT) on Thursday.

Teams on the ground were very satisfied with the operation, according to CCTV+ (opens in new tab). “Performance of the crew as a whole was perfect, and the coordination between the space and the ground was also very coordinated, and the entire mission was successfully completed,” said Chen Shanguang, deputy chief designer of the China human spaceflight program.

The three Shenzhou 14 astronauts arrived at Tiangong in early June. They carried out two earlier spacewalks in September and will soon be preparing to return home.

The next crewed mission, Shenzhou 15, will blast off atop a Long March 2F rocket from the Jiuquan Satellite Launch Center in the Gobi Desert before the end of the year. China launched the Tianzhou 5 cargo spacecraft to Tiangong on Nov. 12 to deliver supplies in advance of the new crewed mission.