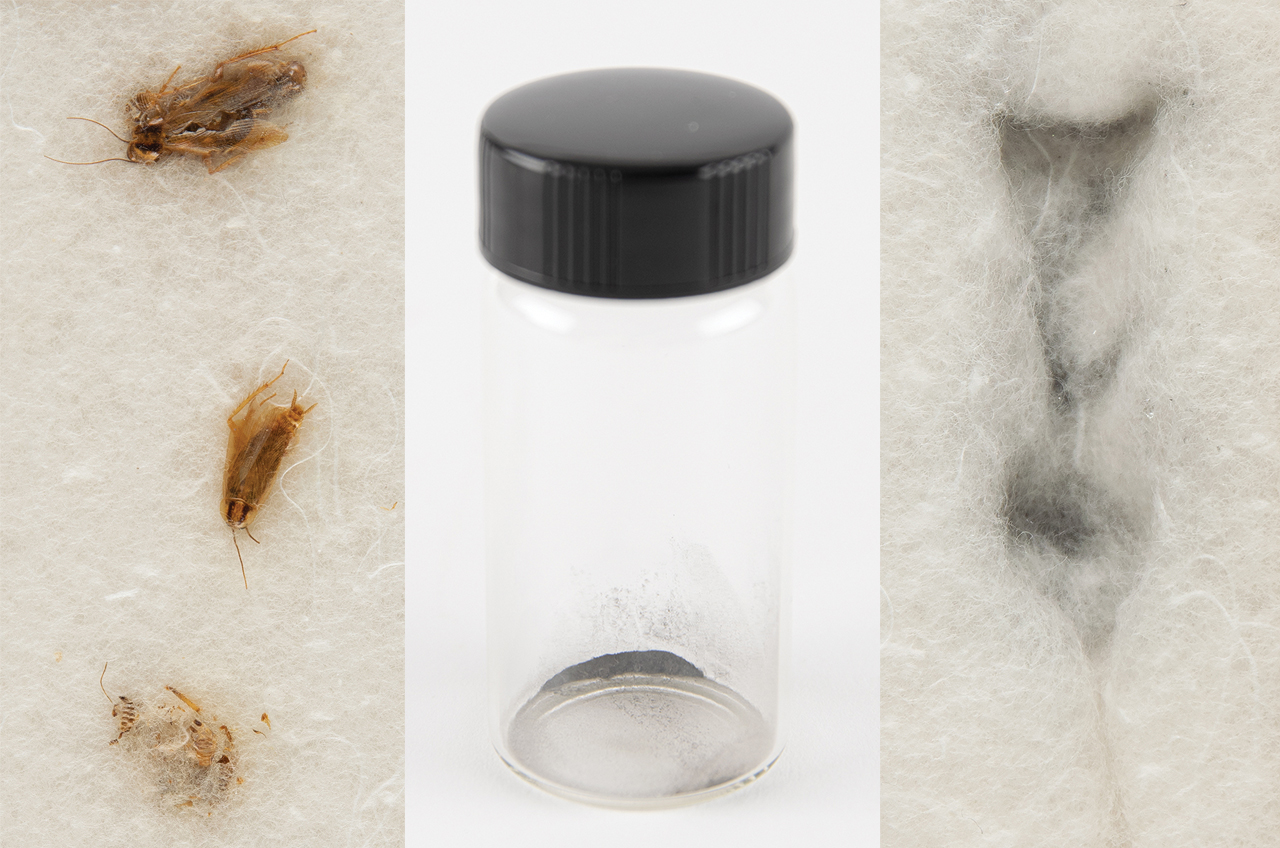 For sale: One small sample of the moon brought back to Earth in 1969 by the Apollo 11 astronauts, the first humans to walk on the lunar surface.

Condition: Well-traveled and once digested. The dust was carefully extracted from the stomachs of cockroaches (opens in new tab). Three of the insects are included with the lot.

That is, more or less, what is now being offered by RR Auction, a New Hampshire-based firm that specializes in space memorabilia. The cockroach-consumed moon dust (opens in new tab) is among the highlights of RR’s “Remarkable Rarities” auction, which opened for bids on Thursday (May 26) and runs through June 23.

“Whenever we represent something from Apollo 11 it is obviously thrilling because it is the most important mission, but when you get something like cockroaches that were fed lunar material, it just shows how diverse the Apollo program was,” Bobby Livingston, RR Auction executive vice president, told collectSPACE. “For any of us who were 12 or 13 years old and had a science class, this is not at all ‘icky.’ This is incredible.”

Related: NASA fed Apollo 11 moon rocks to cockroaches (and then things got even weirder)

To understand how and why some of the moon ended up in the digestive tracks of Blattellas germanica, or German cockroaches, one needs a brief history on moon bugs.

In the leadup to the first mission to land humans on the moon, scientists were not entirely sure what the astronauts would encounter. For example, though robotic probes had been sent ahead to test landing on the lunar surface, there were some mission planners who were concerned that the lander or the astronauts would sink into a quicksand-like, thick layer of soil that was blanketing the moon.

As such, tethers were designed and other precautions were devised to make sure that Apollo 11 crewmates Neil Armstrong and Buzz Aldrin could make a hasty exit off the moon if needed.

“Microscope slides prepared from cockroaches that were fed moon rock,” as included in the auction lot. (Image credit: RR Auction)

Similarly, while most biologists were absolutely certain that the moon was devoid of any indigenous life, they could not entirely rule out that the astronauts would bring back germs — or “moon bugs” — that could threaten all life on Earth. So the crew, their spacecraft and everything that returned with them were quarantined for 21 days (opens in new tab) beginning from the moment they left the moon through weeks after their triumphant splashdown.

Inside the Lunar Receiving Laboratory, a special facility that NASA built to isolate the moon men and material (opens in new tab) from the outside world, the astronauts underwent medical exams while a menagerie of invertebrate creatures — from fish to mice to, yes, cockroaches — were exposed to moon rocks and dust to see how they would react.

Roughly 10% of the 47.5 pounds (22 kilograms) of moon rocks brought back by the Apollo 11 mission (opens in new tab) was allocated for the destructive tests. Once fed to the fish and insects, no one expected to see that moon material again.

No one, that is, except Marion Brooks (later Brooks-Wallace), an entomologist from the University of St. Paul who was contracted by NASA to further study the moon dust-drunk cockroaches. Although the quarantine period had expired with none of the animals (or astronauts) dying as a result of exposure to the moon, the space agency wanted a more complete understanding of any possible ill effects the extraterrestrial material might cause.

So while other researchers around the world waited to receive moon rocks and pristine moon dust for study, Brooks was the first to be trusted with lunar samples, albeit inside eight preserved cockroaches.

“Pickled cockroaches,” she told the Minneapolis Tribune in 1969.

Though she described being able to see the moon dust inside the insects with the naked eye, Brooks dissected them to prepare tissue slides for microscopic study. She worked with a group of cockroaches that were fed a “half-and-half” diet of raw lunar regolith and regular food, alongside a set that ingested sterilized moon dirt.

“I found no evidence of infectious agents,” she told the newspaper at the time, adding that she also found no signs the lunar soil was toxic or hazardous to the cockroaches.

Despite the clean bill of health, Brooks continued her studies, retaining the slides and cockroach carcasses.

The moon on Earth: Where are NASA’s Apollo lunar rocks now?

Brooks retired from the university in 1986, but sometime before then, she took what remained of her lunar work — one of the tissue slides, a newspaper clipping describing her studies, a postcard of the Manned Spacecraft Center (today Johnson Space Center) in Houston, a replica of the Apollo 11 plaque left on the moon and a commemorative stamped envelope (or “cover”) — and arranged them in a specimen mount.

At the center of the display, Brooks placed a small glass vial with “ground fines of lunar sample recovered from biological tests” and three of the preserved Blattella germanica cockroaches.

She then hung the mementos on a wall in her house, where they remained for many years. Brooks died at her home in 2007 at the age of 89.

Entomologist Marion Brooks’ specimen-mount display of her Apollo 11 lunar mementos, including three preserved cockroaches and a sample of the Apollo 11 moon dust removed from within them. (Image credit: RR Auction)

Three years later, the sample display, together with two cases of “microscope slides prepared from cockroaches that were fed moon rock,” for a total of 66 more slides, was sold at auction for $10,000 by the former Regency-Superior Galleries of Beverly Hills, California.

The vial inside the display has about 0.0014 ounces (40 milligrams) of material inside. In April of this year, Bonhams auctioned a microscopic sample of Apollo 11 moon dust (opens in new tab) — so small, it could not be weighed — for $504,375. In that case, the lunar samples had been released by NASA to a collector after a series of lawsuits.