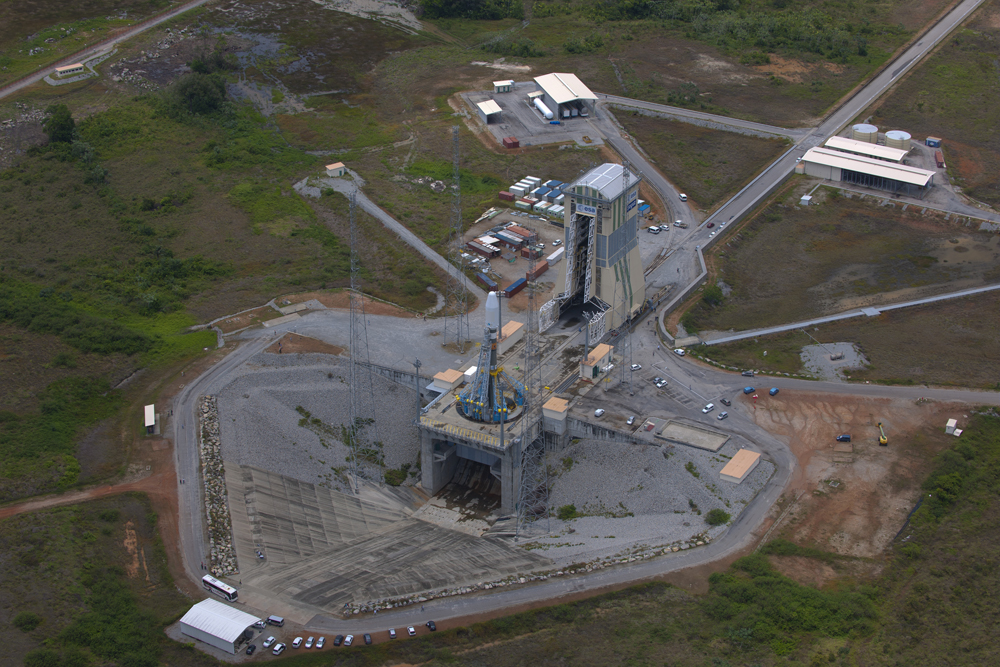 Five European spacecraft, including a telescope searching for dark matter and dark energy, have been left without a launch ticket after Russia stopped supplying rockets to Europe in response to economic sanctions against the invasion of Ukraine.

The European Space Agency (ESA) is now looking for alternatives to get these spacecraft into orbit.

“We are installing an external group of experts to help assess the situation,” ESA director general Josef Aschbacher said in a news conference held virtually on Thursday (March 17). “In about a month’s time, I expect the results to be known. And then we will see what is a realistic scenario of launcher opportunities in the next months and years.”

Europe’s launch provider, Arianespace, has been offering launches on Russia’s mid-weight Soyuz rocket from the European spaceport in Kourou, French Guiana, since 2011. The Russian workhorse launcher conveniently complemented Europe’s own light-weight Vega and the heavy-lift Ariane 5. Russia, however, scrapped the cooperation on Feb. 26 and pulled its personnel from the facility in response to sanctions imposed by European states in response to the invasion of Ukraine. (ESA represents 22 core member states; Ukraine is not one of them.)

In April, two satellites of Europe’s navigation constellation Galileo (an alternative to the U.S. GPS), were supposed to launch on Soyuz. The Earth-observing satellite Earthcare, part of Europe’s climate monitoring constellation Copernicus, had its ticket for a ride on a Soyuz booked for March 2023. ESA also planned a 2023 Soyuz launch for its Euclid telescope, which will study the expansion of the universe and hunt for the evidence of dark matter and dark energy. One French national satellite has also been stranded, Aschbacher said.

He added the agency will attempt more frequent launches of either of Vega and Arianne, but might also look to purchase launch services from other nations in case it cannot meet the demand using domestic resources within a reasonable timeframe.

In addition to its existing launchers, Europe is currently working toward maiden flights of two new rockets. Vega C, a more powerful version of the Vega rocket, is expected to take to the sky for the first time in late May. The heavy-lift Ariane 6, already several years delayed, still has a few milestones to pass before launch, including a hot firing test of its upper stage.

Aschbacher said that only after these milestones are completed, ESA could establish a new frequency of launches from Kourou.

Europe, however, may face problems with its Vega rocket family, which uses Ukraine-made engines in its first stage. The Yuzmash factory, based in Ukraine’s space capital in Dnipro, has so far not been targeted by Russia’s missiles, according to sources in Ukraine. However, the factory’s future is uncertain.

ESA is therefore looking for possible replacement technology that would be made in ESA member states, Daniel Neuenschwander, ESA’s director of space transportation, said in the press conference.