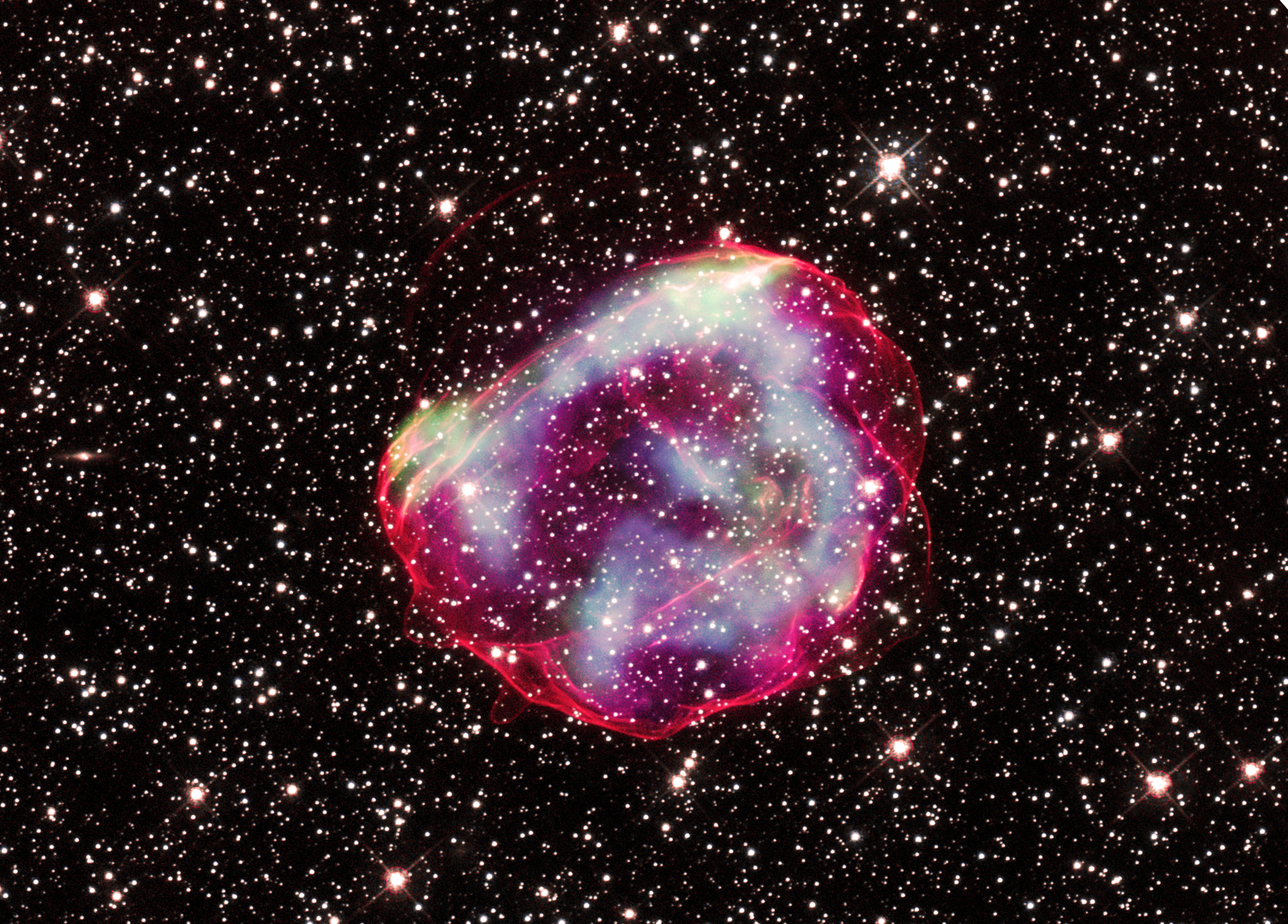 Astronomers have traced the timeline of a stellar explosion in a neighboring galaxy using data from three NASA telescopes.

When a massive star reaches the end of its life, it explodes in a brilliant burst of light known as a supernova. These stellar explosions leave behind colorful remnants of material ejected by the violent blast.

One such supernova remnant, called SNR 0519-69.0 (SNR 0519 for short), is the leftover debris from an explosion of a white dwarf star several hundred years ago, from our perspective here on Earth. It is located 160,000 light-years from Earth in a Milky Way companion galaxy known as the Large Magellanic Cloud.

“This data provides scientists a chance to ‘rewind’ the movie of the stellar evolution that has played out since and figure out when it got started,” Chandra team members wrote in the statement.

SNR 0519, classified as a Type Ia supernova, is the result of a white dwarf star reaching critical mass by pulling matter from a companion star or merging with another white dwarf. Astronomers measured the speed of material in the blast wave from the explosion by comparing Hubble images taken in 2010, 2011 and 2020, which suggest that light from the explosion reached Earth about 670 years ago traveling at 5.5 million mph (9 million kph).

However, data from Chandra and Spitzer suggest that the material in the blast wave likely slowed down after crashing into dense clouds of surrounding gas. If that’s the case, the initial explosion would have occurred more recently than 670 years ago. Further observations from Hubble will help pinpoint exactly when the star exploded, according to the statement.

Using the data from the three telescopes, astronomers were able to create a composite image of SNR 0519, which NASA released on Sept. 12. The Chandra data captures X-rays from SNR 0519 with low, medium and high energies shown in green, blue, and purple, respectively.

Optical data from Hubble shows the perimeter of the remnant in red, along with surrounding stars in white. The brightest regions in the X-ray data represent the slowest-moving material, whereas areas with no X-ray emissions are associated with faster-moving material, according to the statement.

Their findings were published Aug. 18 (opens in new tab) in the Astrophysical Journal.