Dead and alive at the same time: Black holes have quantum properties 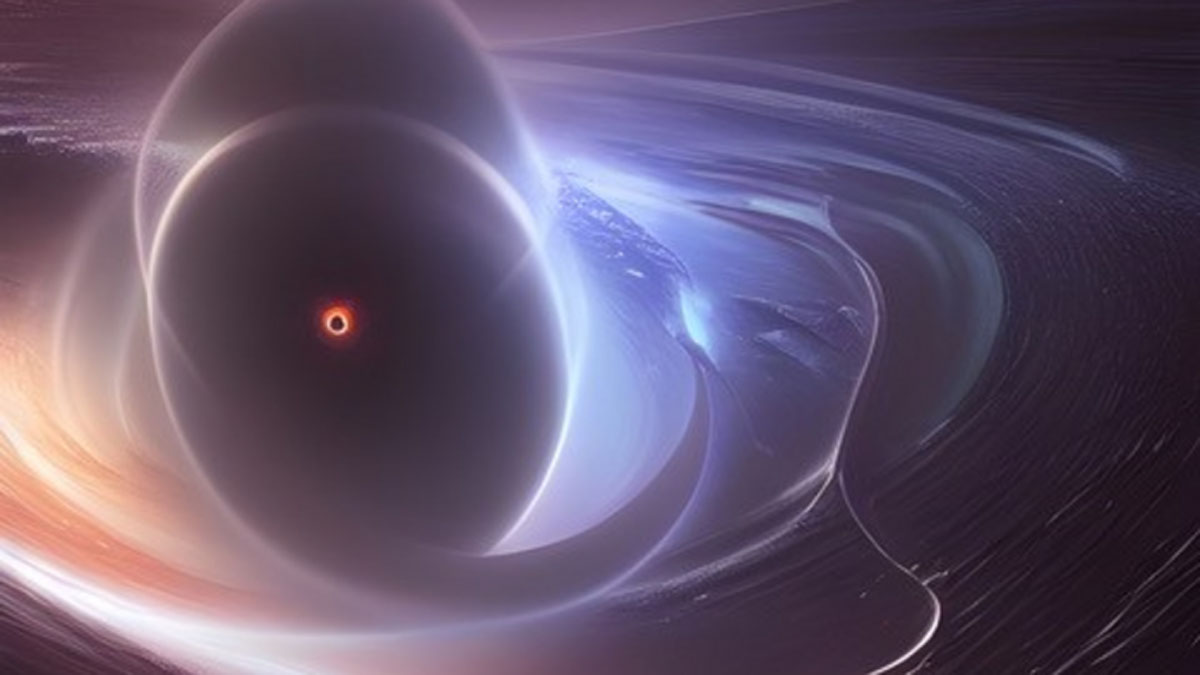 Black holes have properties characteristic of quantum particles, a new study reveals, suggesting that the puzzling cosmic objects can be at the same time small and big, heavy and light, or dead and alive, just like the legendary Schrödinger’s cat.

The new study, based on computer modeling, aimed to find the elusive connection between the mind-boggling time-warping physics of supermassive objects such as black holes and the principles guiding the behavior of the tiniest subatomic particles.

The study team developed a mathematical framework that placed a simulated quantum particle just outside a giant simulated black hole. The simulation revealed that the black hole showed signs of quantum superposition, the ability to exist in multiple states at once — in this case, to be at the same time both massive and not massive at all.

Related: Do we live in a quantum world?

“We wanted to see whether [black holes] could have wildly different masses at the same time, and it turns out they do,” study lead author Joshua Foo, a PhD researcher in theoretical physics at the University of Queensland, said in a statement (opens in new tab). “Until now, we haven’t deeply investigated whether black holes display some of the weird and wonderful behaviors of quantum physics.”

The best known example of quantum superposition is the legendary Schrödinger’s cat, a thought experiment designed by early 20th century physicist Erwin Schrödinger to demonstrate some of the key issues with quantum physics. According to quantum theories, subatomic particles exist in multiple states simultaneously until they interact with the external world. This interaction, which could be the simple act of being measured or observed, throws the particle into one of the possible states.

Schrödinger, who won the Nobel Prize in Physics in 1933, intended the experiment to demonstrate the absurdity of quantum theory, as it would suggest that a cat locked in a box can be at the same time dead and alive based on the random behavior of atoms, until an observer breaks the superposition.

However, as it turned out, while a cat in a box could be dead regardless of the observer’s actions, a quantum particle may indeed exist in a double state. And the new study indicates that a black hole does as well.

American and Israeli theoretical physicist Jacob Bekenstein was the first to postulate that black holes may have quantum properties. Since a black hole is defined by its mass, its quantum superposition must mean that this odd gravitational gateway can have multiple masses that fall within certain ratios.

“Our modeling showed that these superposed masses were, in fact, in certain determined bands or ratios — as predicted by Bekenstein,” study co-author Magdalena Zych, a physicist at the University of Queensland and a co-supervisor of the research, said in the statement. “We didn’t assume any such pattern going in, so the fact we found this evidence was quite surprising.”

Not that we are any closer to understanding what is going on inside black holes. But whatever that is, it is probably even more fantastic than we could imagine.

The new study (opens in new tab) was published online in the journal Physical Review Letters on Friday (Oct. 28).