Debris from Chinese rocket crash found in Indonesia and Malaysia 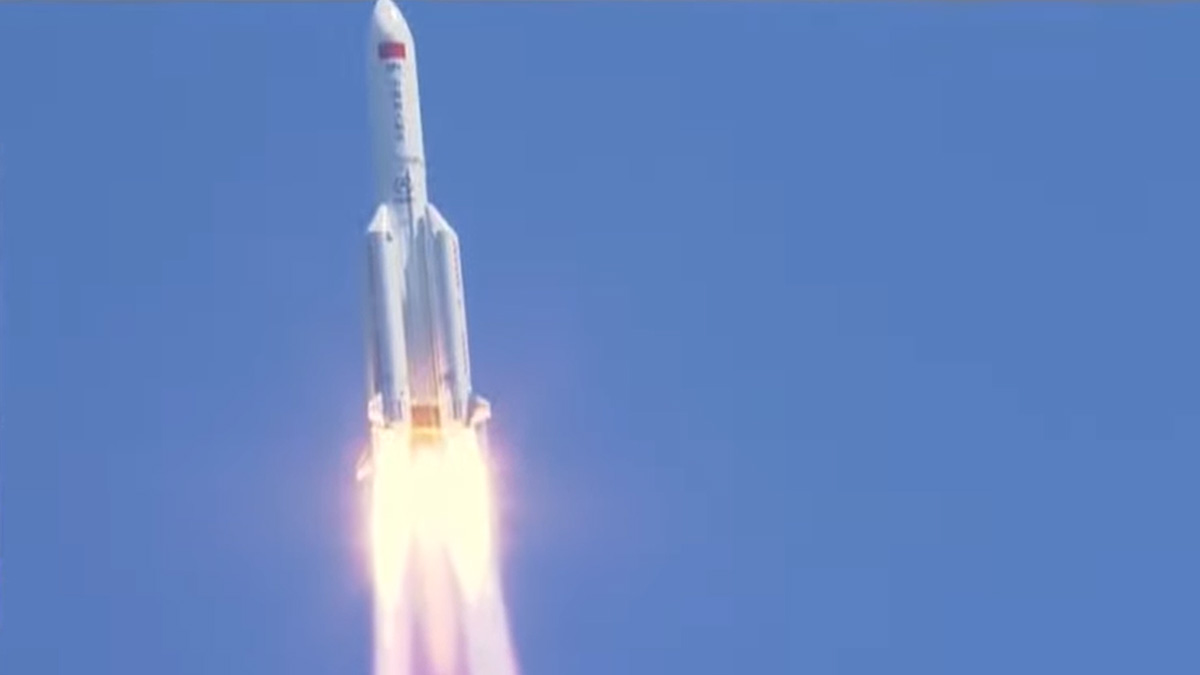 Some pieces of the big Chinese rocket that fell to Earth over the weekend have been found on the ground in Southeast Asia.

The 25-ton (22.5 metric tons) core stage of a Long March 5B rocket crashed back to Earth uncontrolled on Saturday (July 30), slamming into our atmosphere over the Indian Ocean. Much of the booster burned up as it fell, but a significant portion of it — about 20% to 40% by weight, experts have estimated (opens in new tab) — survived the fiery journey.

And those remnant chunks are starting to turn up. Locals have apparently discovered pieces of the booster (opens in new tab) in multiple spots along the reentry path, some of them large enough to cause serious damage or injury had they come down on a village or city. Luckily, it seems that none of them did.

Related: The biggest spacecraft to fall uncontrolled from space

After CZ-5B r/b reentry over Indonesia at Saturday midnight (local time) ago, many debris possibly related to this space junk was found. 3 debris have been found by local people at Sanggau regency (near Indonesia-Malaysia border). @[email protected][email protected] @cosmos4u pic.twitter.com/wcGUffN14vAugust 1, 2022

“So, CZ-5B recap: significant debris falls in Kalimantan, Indonesia and [Sarawak], Malaysia (both on Borneo). No casualties or property damage reported, but debris is near villages and a few hundred metres either way could have been a different story,” astrophysicist and satellite tracker Jonathan McDowell, of the Harvard-Smithsonian Center for Astrophysics, said via Twitter today (opens in new tab) (Aug. 1). (“CZ-5B” is an abbreviation for the Long March 5B.)

The Long March 5B launched on July 24, sending a new module toward China’s Tiangong space station, which is under construction. The rocket’s core stage reached orbit with the module, then was pulled back down to Earth by atmospheric drag over the next six days.

This disposal strategy — an uncontrolled and hard-to-predict crash from orbit — is unique among big rockets. Other large core stages are steered to a safe destruction in the ocean or on unpopulated land shortly after liftoff or, in the case of SpaceX’s Falcon 9 and Falcon Heavy vehicles, come down for vertical landings and future reuse.

The Long March 5B scenario is controversial as well as unique, given the potential for injury and damage that it brings with each launch. Indeed, many in the space community have criticized Chinese space officials for letting Long March 5B cores become big hunks of space junk, which has happened on all three of the rocket’s missions to date.

“What really should have happened is, there should have been some fuel left on board for this to be a controlled reentry,” Darren McKnight, a senior technical fellow at the California-based tracking company LeoLabs, said Thursday (July 28) during a Long March 5B reentry discussion that The Aerospace Corporation livestreamed on Twitter. “That would be the responsible thing to do.”

The first Long March 5B mission, in May 2020, ended up raining some debris (opens in new tab) on the West African nation of Ivory Coast. The second, in April 2021, dumped its rocket remnants into the Indian Ocean.

And we won’t have to wait long for another Long March 5B rocket fall. The booster is expected to send another module toward Tiangong this fall, likely in October.