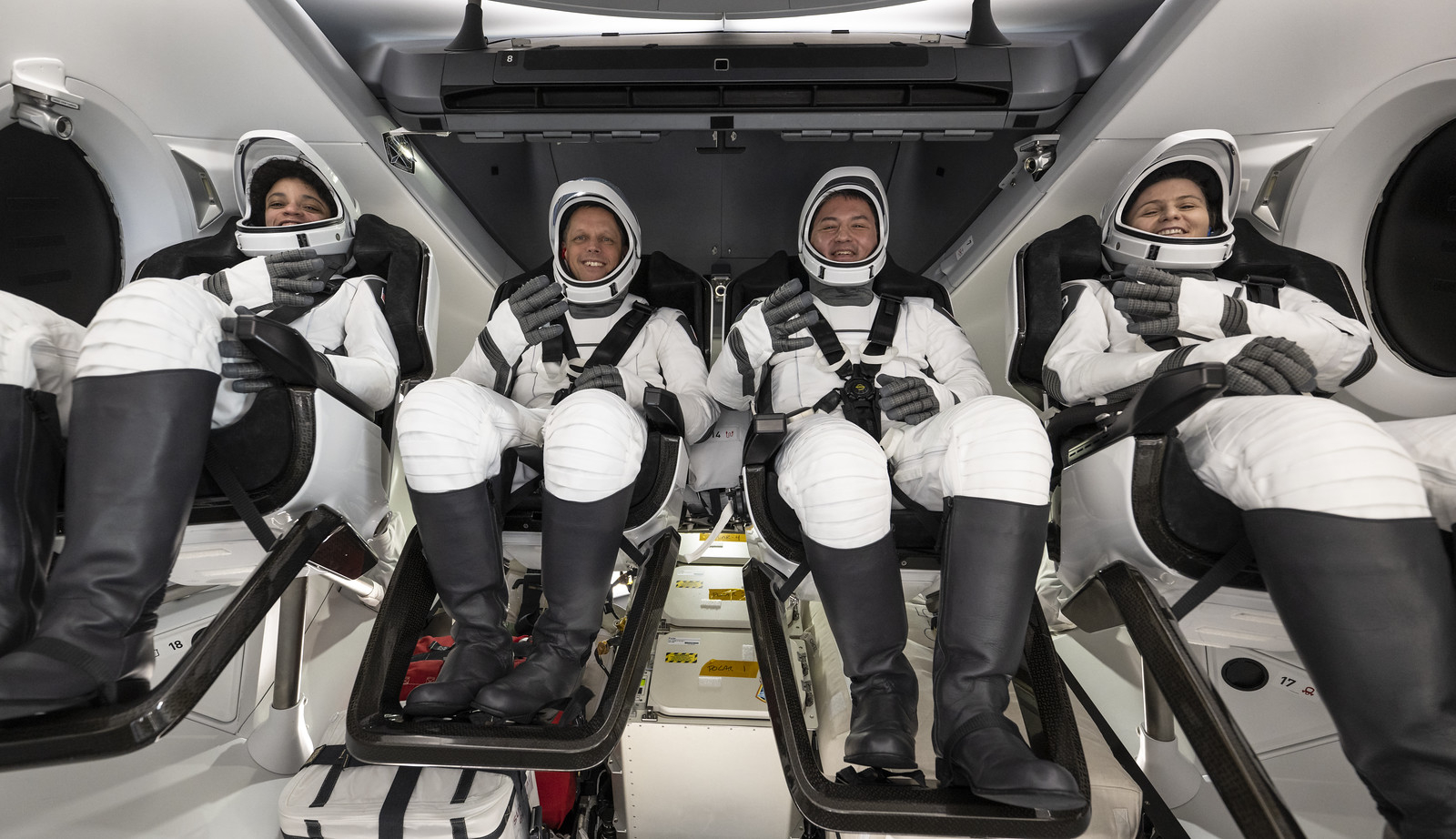 The spacecraft, named Freedom, flew SpaceX’s Crew-4 astronaut mission to the International Space Station (ISS) for NASA, which  wrapped up Friday afternoon (Oct. 14) with a splashdown in the Atlantic Ocean off the coast of Jacksonville, Florida.

Freedom’s return to Earth went like clockwork, as did pretty much the entire mission, NASA and SpaceX representatives said.

“From my perspective, watching the vehicle data those five and a half months was delightfully boring, while the crew got to do all the exciting work onboard ISS,” Sarah Walker, SpaceX’s director of Dragon mission management, said during a post-splashdown news conference on Friday evening.

“That’s exactly how we like it,” Walker added. “The Freedom vehicle performed beautifully the whole time, and especially today on on the day of its return.”

Freedom arrived at the ISS that same day, and its crewmembers quickly got to work. The Crew-4 astronauts completed “over 250 investigations in areas of human research technology demonstrations that we’ll need for exploration, as well as completing some of our low Earth orbit commercialization activities,” Joel Montalbano, NASA’s ISS program manager, said during Friday evening’s news conference.

The spaceflyers’ journey back to Earth Friday was notable as well, and not just for its smoothness: Freedom splashed down less than five hours after undocking from the ISS.

“This was actually the fastest return we’ve done on a crew mission — on any mission — to date,” Walker said.

SpaceX still has a mission on the ISS, and will for a while; the four-person Crew-5 arrived on Oct. 6 aboard the Dragon Endurance, which also flew the company’s Crew-3 mission.

Like Crew-5, Crew-6 will employ a veteran Dragon capsule. That coming mission, which is scheduled to launch next spring, will fly on the spacecraft Endeavour, Steve Stich, manager of NASA’s Commercial Crew Program, said during Friday’s briefing.

Endeavour flew SpaceX’s first-ever astronaut mission, the Demo-2 flight to the ISS in 2020, as well as Crew-2 and Axiom SpaceX’s Ax-1 flight. The 17-day-long Ax-1, which took place in April of this year, was the first all-private crewed mission to the space station.