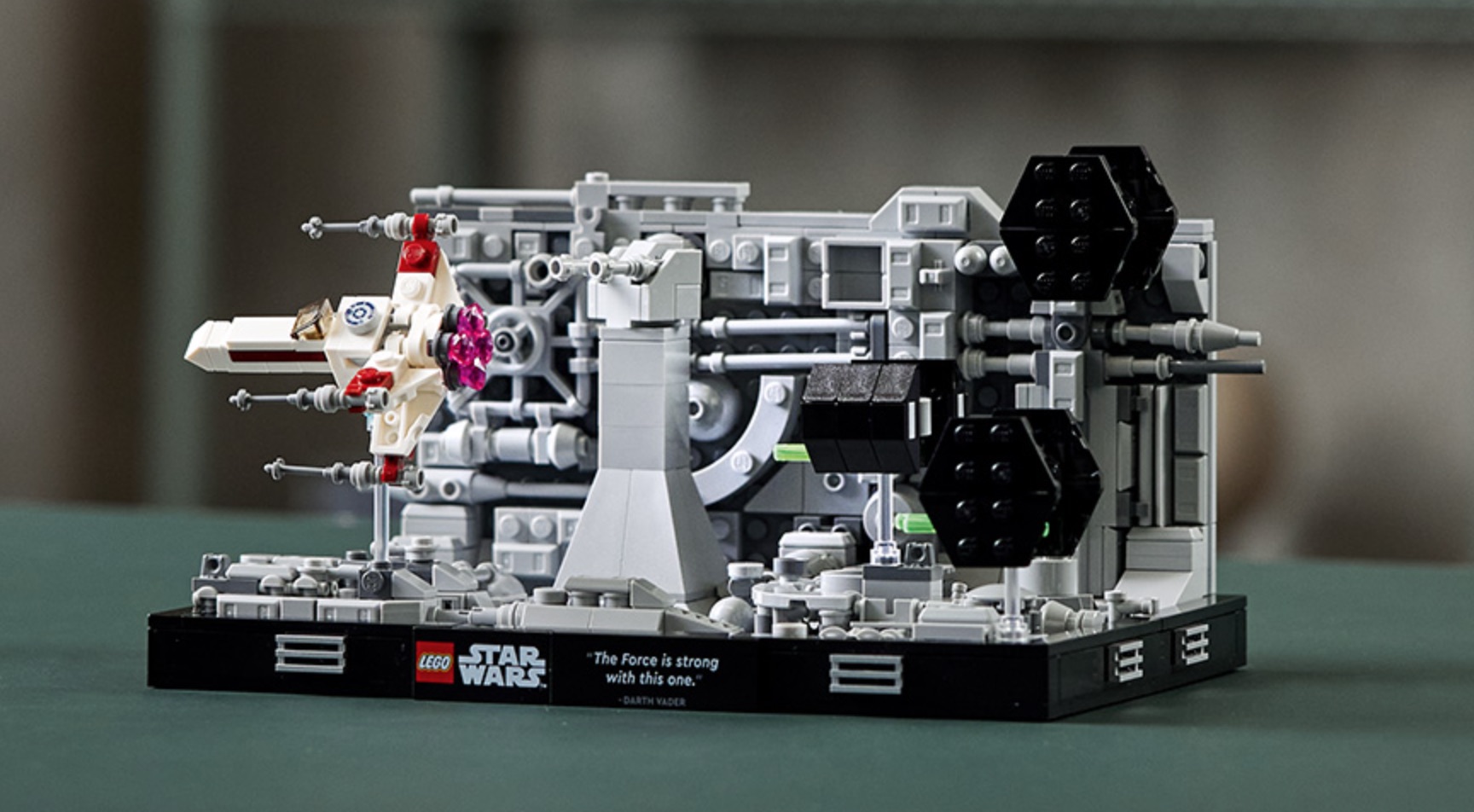 One of the most iconic scenes in all of science fiction film history is the iconic attack on the Empire’s dreaded Death Star in Star Wars: A New Hope, as Luke Skywalker and his brave squadron of X-wing fighters make a daring last-second assault down a narrow trench to try and fire a lethal shot into a vulnerable exhaust port on the armored space station.

Now in honor of Prime Day you can snag a stellar deal on this Lego Star Wars Death Star Trench Run Diorama 75329 Building Kit (opens in new tab)for adults that includes 665 pieces for ten bucks off! It’s regularly priced at $69.99 but can be purchased today at 14% off for the total cost of $59.99.

This detailed diorama recalls all the thrilling dogfight action of the 1977 classic as young Luke uses the Force to steer himself towards the tiny target while being pursued by Lord Darth Vader and his personal TIE fighter, flanked by two Imperial wingmen bearing down fast.

Lego’s building kit is just one in a series of nostalgic Star Wars build-to-display dioramas you can create and even comes with a plaque emblazoned with Vader’s iconic line “The Force is strong with this one.”

We all know the outcome of this dynamic scene when Vader has Luke in his crosshairs right before Han Solo and the Millennium Falcon swoop in to save the day and Luke is left to deliver the fateful torpedo.

Lego’s Star Wars Death Star Trench Run Diorama is recommended for ages 17 and up and measures in 11.1×10.32×3 inches (28x26x8 centimeters), meaning it should fit neatly on your desk or bookshelf to look at anytime you need inspiration or motivation.

Make sure check out more Amazon Prime Day Early Access deals (opens in new tab) for discounts on all sorts of other needs (or wants) during the event.