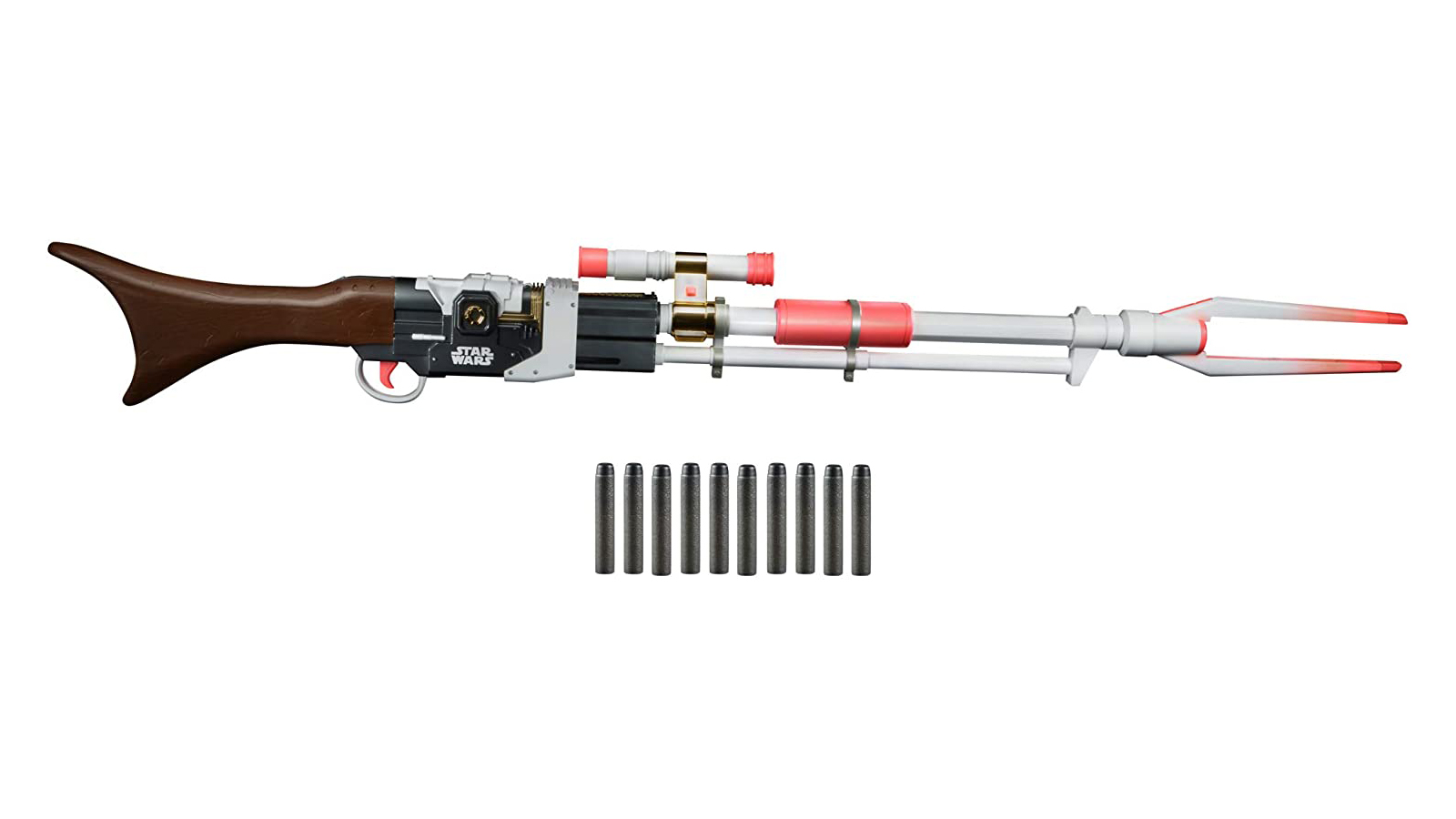 Dominate the battlefiled at a discount as some of the best Nerf guns on the market are on sale right now.

Prices are going up in most cases but that doesn’t mean you cant save some money, have some fun and bring ultimate firepower to your enemies as well. Some of the Nerf guns that feature on our best Nerf guns guide are on sale at Amazon like the Nerf DinoSquad Rex-Rampage Motorised Dart Blaster, which is £13 off (now £34.99).

Whether it’s a Fortnite themed blaster, a dinosaur one or a good old fashioned Nerf gun to bring the heat – there’s a discount to suit everyone and every budget. You can also check out our main Nerf gun deals page for all the latest discounts on these foam firing toys.

These are four Nerf items that are on offer and will help you save money while still reigning supreme on the battlefield. It’s worth noting that batteries aren’t included with these models so you’ll have to pick them up separately.

If the savings weren’t enough to entice you, then surely the aesthetic of each blaster will. Whether you’re a fan of Fortnite and you want to get your hands on AR replica (which is pretty spot on) or you’re a fan of Star Wars and you want a super accurate blaster that’s comfortably over a meter in length. Even if you just like regular Nerf, there’s a gun and a discount for you to enjoy.

Each Nerf gun comes with darts, so you don’t have to worry about buying separately. You’ll be able to lock, load and own the fight with any of the blasters above. It’s also worth noting there are other models on sale, but these are the ones we like the most.

If Nerf guns aren’t your thing, we’ve got more sci-fi and space themed toy deals in our best Lego deals and best Star Wars gifts and deals guides too.

« Google changes how it decides which product reviews come up in Search » For Artemis moon missions, science will reign supreme