Dracarys! This spiral galaxy in the constellation Draco is helping astronomers measure the universe 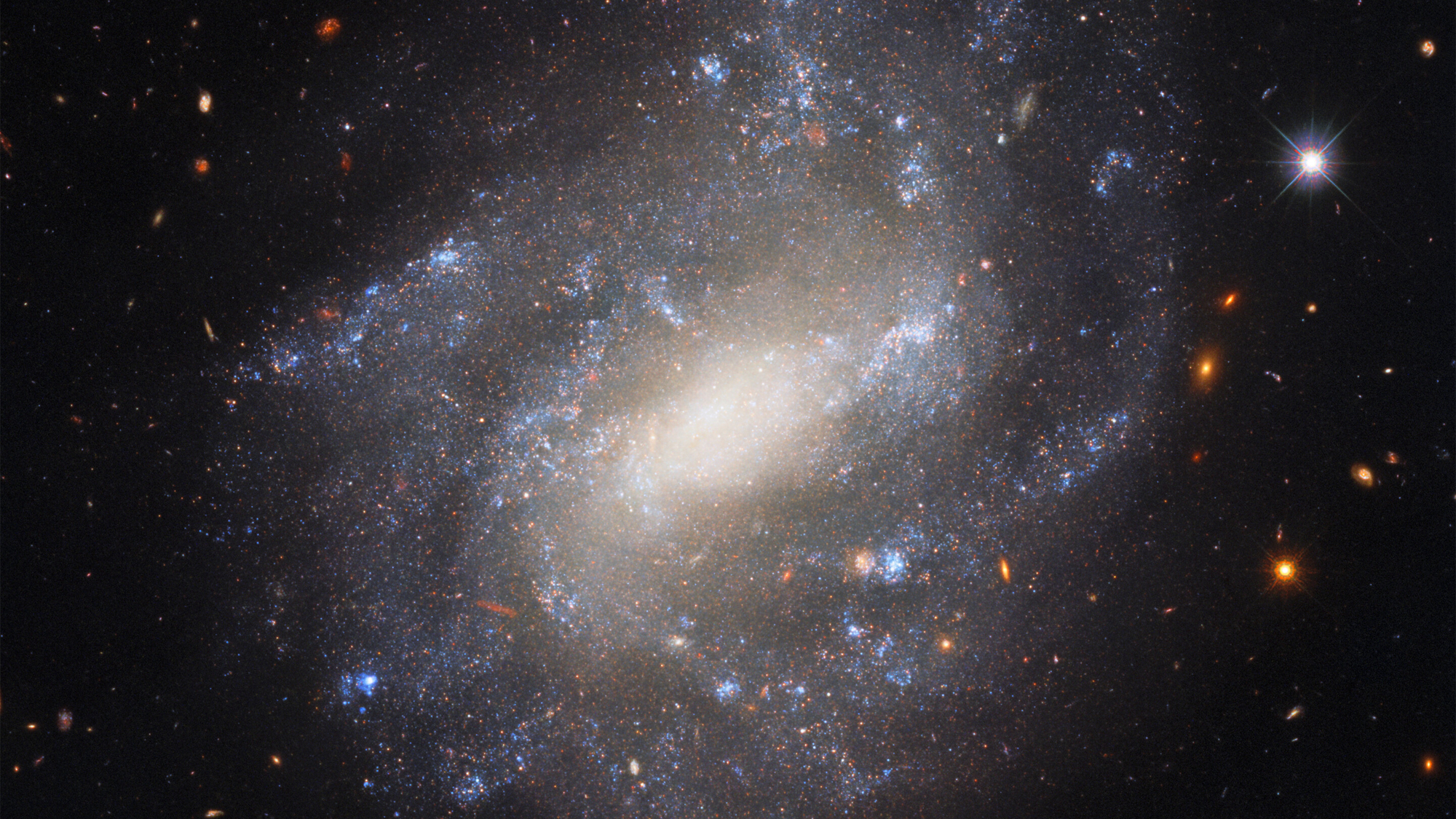 Unlike the dragon-filled show “House of the Dragon,” the bright heat from this celestial monster spotted by the Hubble Space Telescope is nothing to be feared. In fact, it’s a super helpful tool that helps gauge the expansion of the universe.

The spiral galaxy UGC 9391 is located within the constellation Draco (the dragon), a long serpentine patch of sky that never appears in the southern sky because of its location near the celestial north pole. Astronomers have peered into this sliver of sky between the Big Dipper and Little Dipper because the light from certain stars within galaxy UGC 9391 are special beacons. A recently published image from the Hubble Space Telescope showcases UGC 9391 against a backdrop of ultra-distant galaxies, and a Sept. 30 image description (opens in new tab) calls it “lonely.”

What it lacks in company it makes up for in character. According to the European Space Agency’s (ESA) description – it manages the iconic observatory alongside NASA – galaxy UGC 9391 is packed with two fascinating light sources: Cepheid variable stars and a Type IA supernova. These help astronomers figure out distances in space.

This full view of the spiral galaxy UGC 9391 as seen by the Hubble Space Telescope shows the isolated galaxy against a starry backdrop. Bright nearby stars have diffraction spikes with background galaxies as distant swirls. (Image credit: ESA/Hubble & NASA, A. Riess et al)

“This image is from a set of Hubble observations which astronomers used to construct the ‘Cosmic Distance Ladder’ – a set of connected measurements that allow astronomers to determine how far the most distant astronomical objects are,” ESA writes in the description.

Variable stars are those with changing brightness. Cepheids are a type called intrinsic, meaning it’s not that, say, an object orbits the star and blocks its light occasionally. Rather, these weird stars change size and brightness themselves, and it’s a well-understood phenomena. And so, their brightness is a reliable asset to then determine how far away is the galaxy.

Galaxy UGC 9391 also featured a peculiar supernova called Type Ia, where a stellar corpse called a white dwarf feeds like a zombie on its living partner star. The binary system continues to get stressed by the gorging white star, until the undead accumulates about a sun and a half worth of mass. These situations go supernova in much the same way across the board, so again, astronomers can use the event’s brightness as a reliable benchmark for the distance of the galaxy.

UGC 9391 comes into clear view from 130 million light-years away by way of Hubble’s Wide Field Camera 3. Hubble didn’t launch with it in 1990. Rather, the STS-125 servicing mission of NASA’s space shuttle Atlantis added it to the space observatory in 2009. Wide Field Camera 3 can study celestial objects across a range along the electromagnetic spectrum that ranges from the ultraviolet, through visible light, and into the near-infrared.

Thanks to the Hubble Space Telescope, astronomers can investigate a phenomenon that also bears the name of astronomer Edwin Hubble: the rate of outward expansion of the universe, also called Hubble’s constant. And this galaxy in the dragon of the northern sky has helped light the way.