Publisher Funcom has announced that Dune: Spice Wars will launch on Steam Early Access for PC on April 26.

A real-time strategy game adaptation based on the popular Frank Herbert sci-fi novels, development is being handled by Northgard developer Shiro Games. Dune: Spice Wars takes place on the planet of Arrakis and features four factions fighting each other for control of the planet and its unique resource, the spice Melange. As a 4X strategy game, Dune: Spice Wars also has a slower pace as players can pause the action when necessary.

Players will need to balance military power, infiltration, political influence, and resource production as either the Atreides, Harkonnen, Smugglers, or Fremen factions, each with their own distinct strengths and weaknesses. 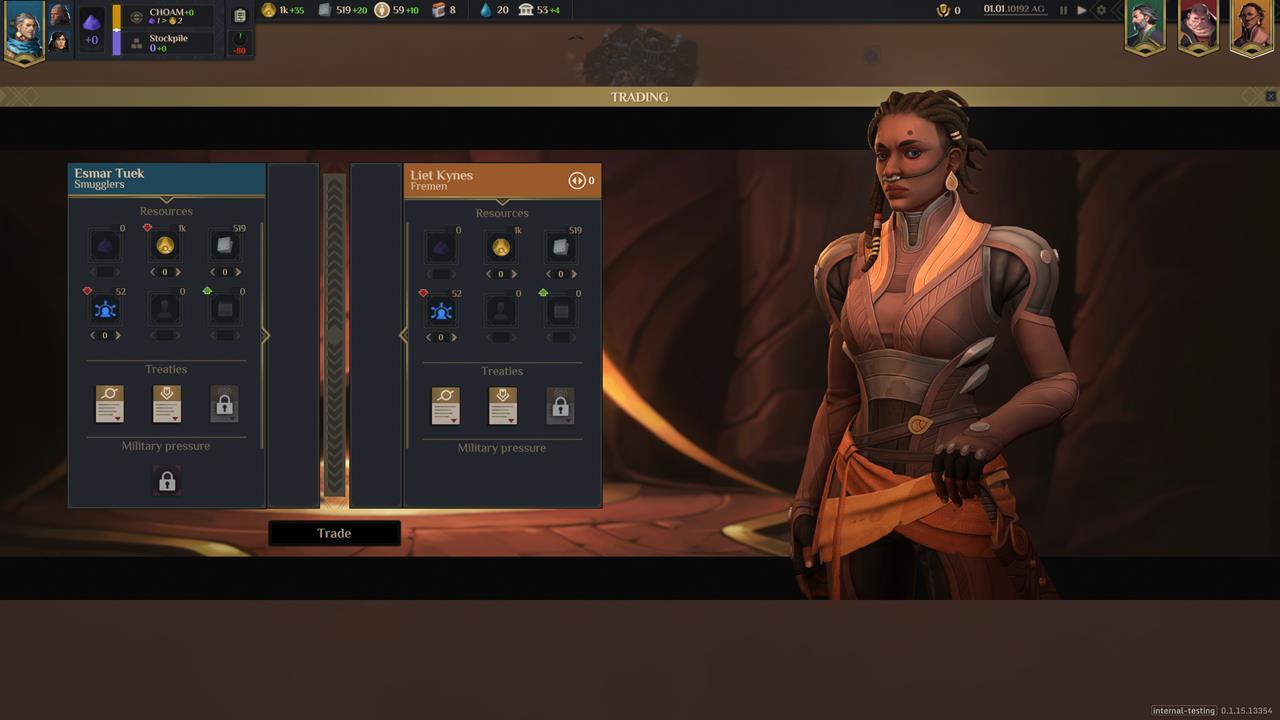 For the native Fremen, the faction excels at stealth and guerrilla tactics, can move around the environment faster, and can use the sandworms as a fast-travel mechanism.

This isn’t the only Dune game in development, as Funcom is also developing an open-world survival multiplayer game set in that universe.

On the movie side of the franchise, last year’s Dune film was well-received and won multiple Oscars at this year’s Academy Awards. As for the sequel that’s scheduled to arrive in cinemas in October 2023, it’s in “full prep” and the screenplay for it is “finished mostly” according to director Denis Villeneuve.