Early Memorial Day deal: get 33% off the Terraforming Mars board game 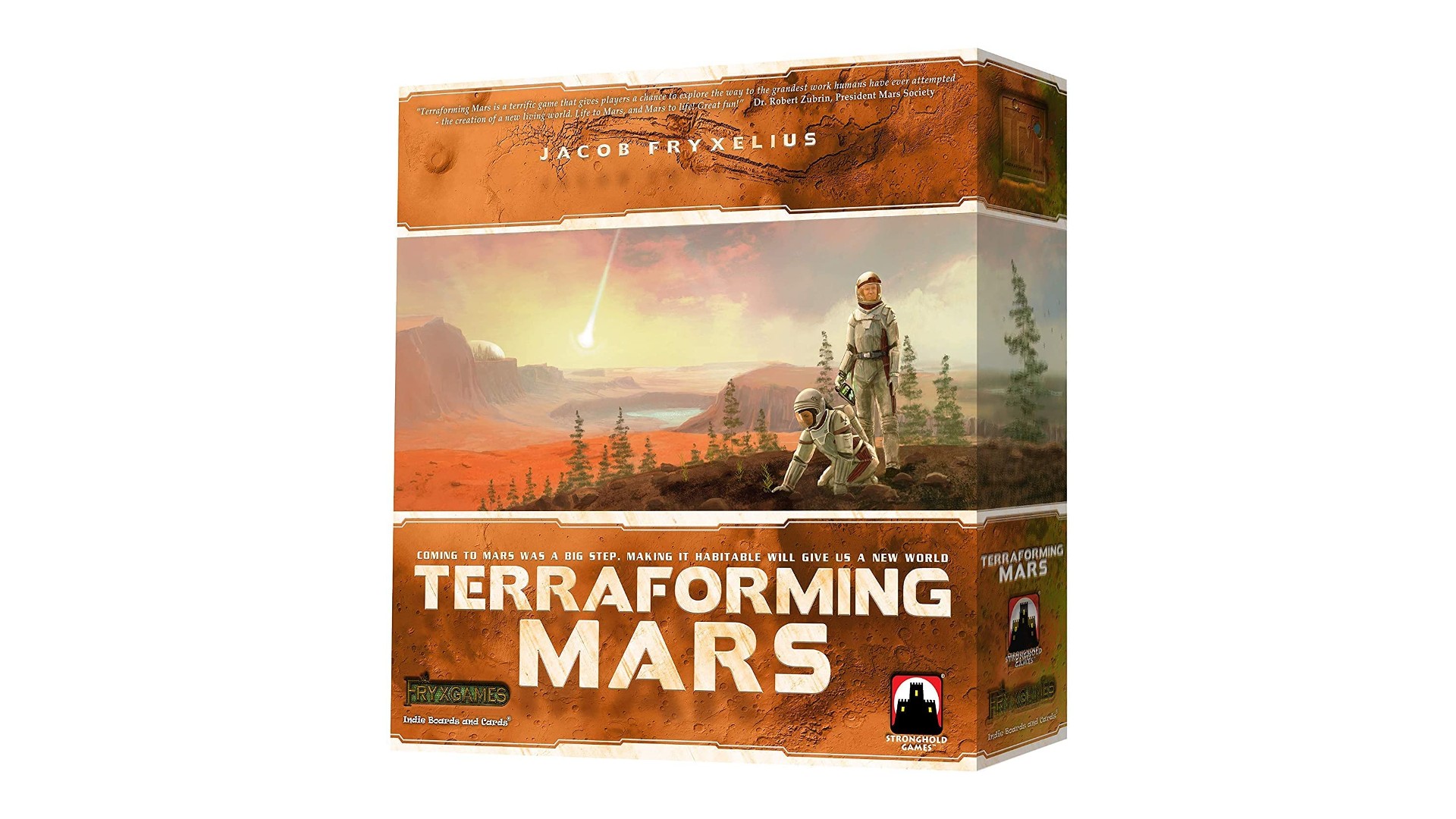 You can get a third off one of the top space-themed board games on the market, Terraforming Mars ahead of this weekend’s Memorial Day celebrations. If you’re looking for a space-themed game to play with the family over the long weekend, we’d highly recommend snapping up this deal.

Right now, you can get the Terraforming Mars board game for $46.99 at Amazon (opens in new tab), down from the usual price of $69.95. That’s a hefty saving of $22.96. Board games can be an expensive hobby, so we think this a great deal on a fantastic game.

Terraforming Mars is a game that allows players to raise the temperature, expand the ocean coverage and raise the oxygen level so the Red Planet becomes inhabitable for humans. We like this game a lot, so much so that it features prominently in our best space board games guide.  It’s suitable for 2-5 players and you must work together in the terraforming process, but ultimately you’re also competing against each other to achieve the best results.

Set in the 2400s, this epic space board game is suitable for those aged 12 and above and offers them a great blend of entertainment, through playing, working with, and competing against each other as well as educational matter by teaching players what it might actually take to terraform Mars.

There are plenty of expansions too to this game, which are also available on Amazon. Players will compete for the best places to build their cities as well as the best places to put their ocean and greenery tiles. Players will also collect project cards which will see them attempt to introduce plant life, and animals, build cities and establish greenhouse gasses to try and raise the temperature of the planet.

Saving over $20 (opens in new tab) is a pretty big deal, especially on a board game as good as this one. This is definitely a game that has replayability value, so you will get your money’s worth when purchasing. The only question that remains is: do you have what it takes to terraform mars? There’s only one way to find out.

If you’re in the market for more great space-themed deals, be sure to check out our Lego space deals, space board game deals and our telescopes deals guides.