Earth Day: What is it and why does it matter? 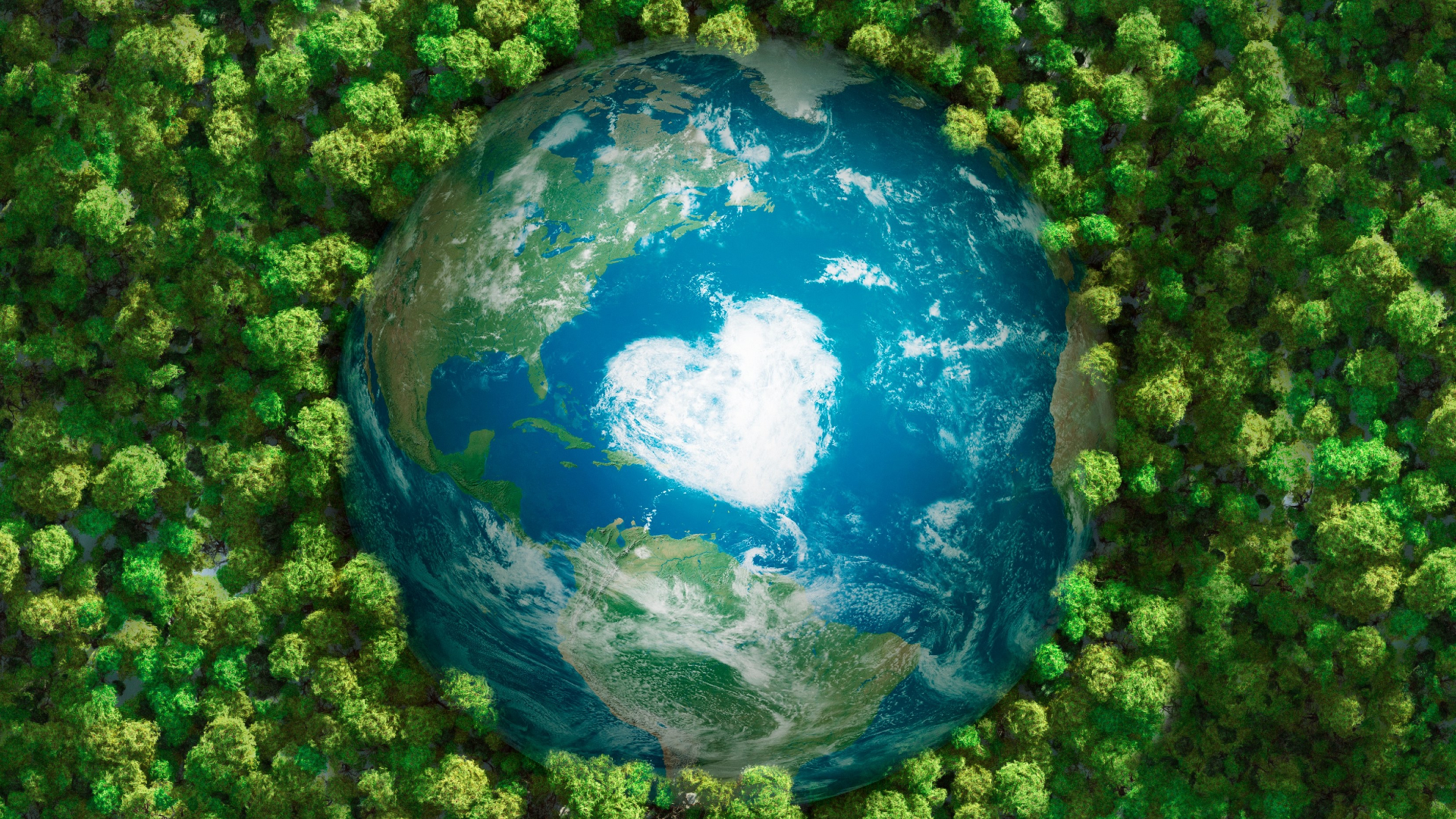 Earth Day is a worldwide event that occurs annually on April, 22. It celebrates the environmental diversity of Earth and highlights ways of protecting our planet.

When we hear terms like “code red for humanity” and “climate change”, it can feel difficult to focus on the small actions individuals and communities can take to address the climate crisis. But Earth Day strives to highlight how everyone can be part of the change.

Read on to learn more about Earth Day, its importance and how we can make a difference through small actions or community involvement.

What is Earth Day?

Earth Day is an annual event that started in 1970 when 20 million Americans — 10% of the population of the U.S. at the time — came together to demonstrate the importance of increasing protection for our planet, according to the official Earth Day website EARTHDAY.ORG.

Nowadays it works with more than 150,000 partners in over 192 countries with 1 billion individuals involved, according to the official Earth Day website. Earth Day celebrates our planet and highlights the need to hold sectors accountable for their role in the environmental crisis.

Environmental problems have become so urgent and widespread, that scientists and environmental organizations alike are saying addressing climate change is more urgent than ever. Jane Goodall, a chimpanzee researcher for the past 60 years, is among those scientists calling for a whole-systems approach to examining how to protect our climate.

“None of us can do it alone. It’s quite ridiculous. The problems are huge,” Goodall said at the 2021 Nature Conservancy in California Summit, available on YouTube.

“We need every single organization that cares about the future of the planet to get together and to work out ways that we can share these small pools of money available, and find ways of lobbying those billionaires who have so much money to help us so that we don’t have to fight and squabble over funding,” Goodall added.

Earth’s atmosphere is being affected by pollutants and extra greenhouse gases.  (Image credit: NASA)When and why was Earth Day established?

The U.S. Environmental Protection Agency notes that 1970 was a very different world for all of us. Not only was there no Clean Air Act, Clean Water Act, nor even an EPA, but overall, “there were no legal or regulatory mechanisms to protect our environment,” the agency states.

Americans and others, however, were already aware of the toll on the environment that chemicals were taking. Events such as the publication of Rachel Carson’s book “Silent Spring” (1962) which showed the environmental effect of chemicals, and a 1969 oil slick fire on Cleveland’s Cuyahoga River, both caught a lot of public attention, according to History.com.

That began to change in 1969, when Senator Gaylord Nelson (D.-Wis.) borrowed from the idea of anti-Vietnam War “teach-ins”, or discussions, on campuses across the United States, History.com added. Nelson, an environmentalist, wanted to adopt the same type of grassroots approach to protecting the environment. It was Nelson who first announced the concept of an Earth Day in the fall of 1969, and following massive public support, the first Earth Day was celebrated on April 22, 1970.

My primary objective in planning Earth Day was to show the political leadership of the nation that there was broad and deep support for the environmental movement,” Nelson, who died in 2005, said in 1980.

“While I was confident that a nationwide peaceful demonstration of concern would be impressive, I was not quite prepared for the overwhelming response that occurred on that day,” Nelson continued.

“Two thousand colleges and universities, 10,000 high schools and grade schools, and … more than 20 million Americans participated in one of the most exciting and significant grassroots efforts in the history of this country.”

The iconic view of Earth known as “Earthrise” was first captured by astronauts during NASA’s Apollo 8 lunar-orbiting mission on Dec. 24, 1968. The photograph is often associated with propelling the environmental movement that led to the establishment of Earth Day in 1970.  (Image credit: NASA)Earth Day theme

The Earth Day 2022 theme is “Invest In Our Planet.”, according to the official website. This theme is not only meant to talk about individual actions we can take to make Earth cleaner, but also about how we spend our dollars on companies that take conservation seriously.

“As individuals, we have the simple yet effective power to make our voices heard through our choices, our civic actions, and our personal interactions,” the website states. “What each of us does, and how we do it, has a huge ripple effect on our ecosystems, and on the pace of corporate and government action.”

EarthDay.org is asking companies to take environmental social governance (ESG) standards seriously, following on from discussions two years ago. In 2020, the World Economic Forum’s annual meeting in Davos, Switzerland saw 120 large companies pledge to commit to four pillars of ESG — governance, planet, people and prosperity — with dozens of metrics to follow across the pillars.

The forum also produced a report with more details on individual metrics. For example, under the pillar “planet”, key metrics companies can follow include reporting on greenhouse gas emissions, land use and ecological sensitivity, water consumption, air pollution, single-use plastics and solid waste disposal, to name a few.

Return on investment is still possible for companies that use ESG metrics carefully, according to a 2021 TED talk by John Kerry, moderated by former presidential candidate Al Gore. Kerry, now the U.S. Special Presidential Envoy for Climate, noted that companies like Tesla (a huge electric car manufacturer) are showing the value of turning away from traditional alternatives.

“Most of the CEOs I am talking to, at least now, are increasingly aware of the potential of these [environmental] alternatives,” Kerry said. Of Tesla, Kerry said the company is “the most highly valued automobile company in the world, and it only makes one thing: electric cars. If that isn’t a message to people, I don’t know what is.”

While protecting our planet has always been a theme of Earth Day, that call for coverage is becoming more urgent by the year. In August 2021, worldwide scientists released the Intergovernmental Panel on Climate Change (IPCC) Sixth Assessment Report, which is a state of affairs of human-caused climate change.

This latest report was so alarming that António Guterres, the United Nations secretary-general, termed it “a code red for humanity.” Guterres noted that the IPCC has been asking for years to limit global warming worldwide to 1.5 degrees Celsius. As of the 2021 report, the average is already 1.2 degrees.

“The alarm bells are deafening, and the evidence is irrefutable: greenhouse gas emissions from fossil fuel burning and deforestation are choking our planet and putting billions of people at immediate risk,” Guterres added in the statement.

“Global heating is affecting every region on Earth, with many of the changes becoming irreversible … The only way to prevent exceeding this threshold is by urgently stepping up our efforts, and pursuing the most ambitious path.”

To take a single aspect of global change monitoring that feeds into IPCC reporting, we can point to the value of Earth-observing satellites observing the effects of climate change from space.

Satellites can see the impact of wildfires, melting ice, seasonal warming or shifting, increasing floods and other effects of climate change. Decision-makers use satellites and artificial intelligence to predict crop yields, sea levels, extreme weather like tornados and other effects with direct impacts on humans and the ecosystem.

Waves crashed over Newhaven Harbor wall in Newhaven, southern England on Feb. 18, as Storm Eunice brought high winds across the country. Powerful storms such as this are becoming more frequent due to human-induced climate change. (Image credit: Glyn Kirk/AFP via Getty Images)How you can take part in Earth Day

Earth Day events take place in many countries around the world. Consult the official map to see what is taking place close to you.

The official Earth Day website has a list of 52 activities that you can do in small groups or from home if you prefer to participate that way. For example, you can use your computer instead of a printer, to view materials. The website also suggests actions as small as picking up trash while you run, to as large as organizing community cleanup or contacting your local political representative for climate change or environmental pollution prevention strategies.

You can also sign up to volunteer with EARTHDAY.ORG, become an Earth Day member and even register your own Earth Day event for people to take part in.

Agencies like NASA have Earth Day activities for you to enjoy in the community or at home. The Old Farmer’s Almanac also has 10 mini-activities that you can do such as planting flowers to attract pollinating creatures like bees, stopping pesticide use in your garden, and managing your water consumption carefully.

Learn more about the first Earth Day with the Library of Congress.