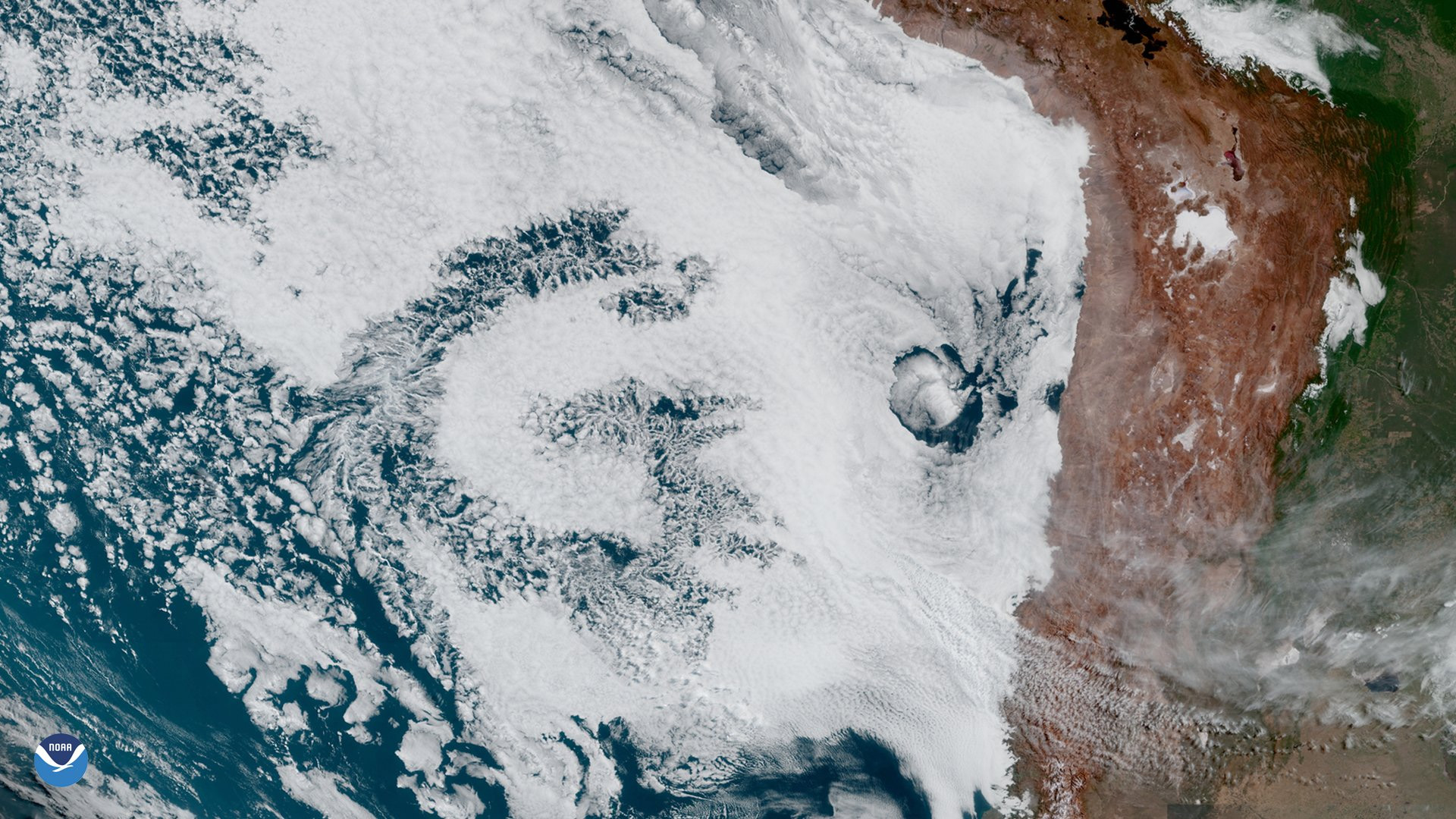 The GOES East weather satellite operated by NOAA spotted a cloud pattern that appeared to form the word “GO” off the coast of Chile in South America on May 6, 2022. The phenomenon is an example of pareidolia, where the human brain sees familiar sights in random shapes (Image credit: NOAA)

The Earth is apparently trying to tell us something.

A surprising new photo from the GOES East satellite has revealed what appears to be the word “Go” written in the clouds as seen from space. The Earth view was spotted on Friday (May 6) by GOES East, which is operated by the National Oceanic and Atmospheric Administration.

“While we’re happy it’s Friday, NOAA satellites never rest,keeping a constant and vigilant watch over Earth’s weather,” NOAA officials wrote on Twitter while sharing the photo. “We were surprised to see this interesting pattering in the marine stratocumulus clouds off the coast of Chile today, that appears to form the letter ‘G.'”

Mars Illusion Photos: The ‘Face on Mars’ and Other Martian Tricks

Because it was Friday, NOAA superimposed the letters “T,” “I” and “F” on the image so it read “TGIF” (short for “Thank God It’s Friday). Fun, right?

“If you zoom in on this imagery, which was captured via the GOES East [satellite], the clouds seem to form the word ‘GO,'” NOAA wrote in a second Twitter post.

If you zoom in on this imagery, which was captured via the #GOESEast 🛰️, the clouds seem to form the word “GO.” 😃 pic.twitter.com/JkfdzvckwPMay 6, 2022

A fresh look at the image does show what appears to show a giant “Go” off the coast of Chile. Is it a message to take a vacation in South America? Or for us all to go away and leave Earth alone for a bit?

Actually, it’s none of those. Seeing recognizable shapes in clouds or other unrelated objects is known as pareidolia, where the human brain sees familiar patterns in random shapes. The so-called “Face on Mars,” this wild pareidolia rat on the Red Planet and these scary screaming skull views and more from space are just a few examples of the psychological phenomenon.

While the “GO” message in Earth’ clouds is just a random shape caused by atmospheric conditions at the time, it is fun to think Mother Earth might be trying to communicate with us every now and then.