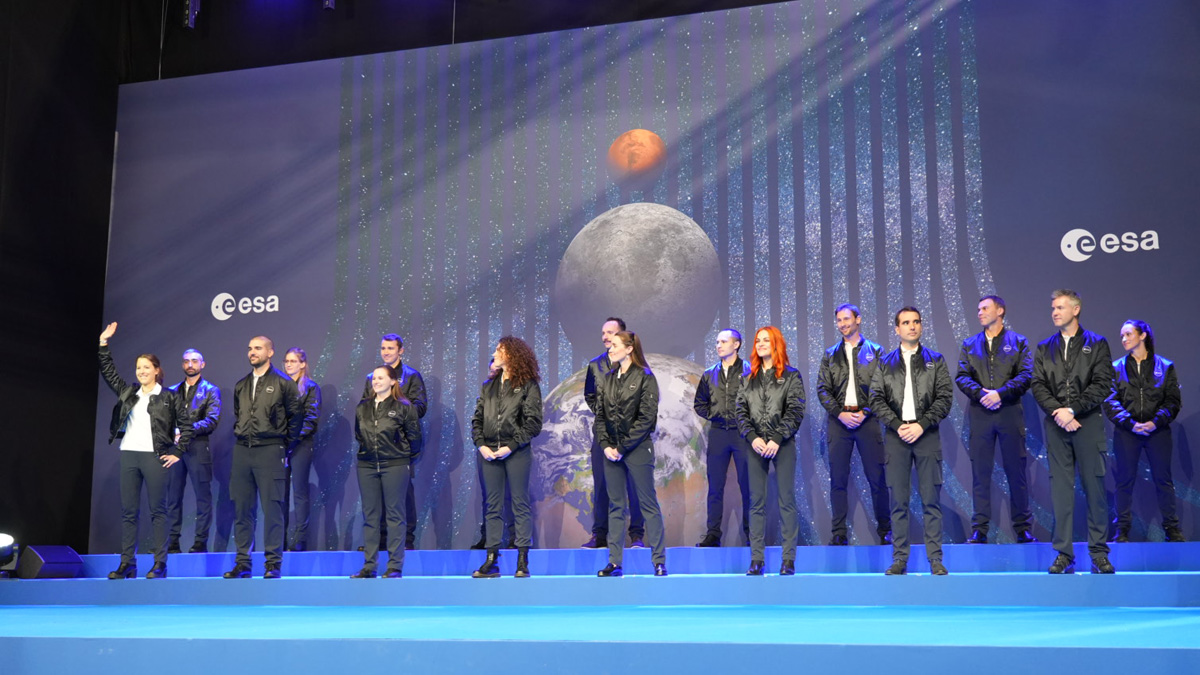 The European Space Agency (ESA) has announced a new astronaut class with two women in the lineup and an amputee paralympic sprinter who is a trauma surgeon.

ESA announced six new astronaut trainees coming from a wide range of the space agency’s member states including two candidates from the U.K. and one each from France, Spain, Belgium and Switzerland.

Briton John McFall succeeded in the parastronaut selection, a pilot project announced by ESA as part of its latest astronaut recruitment call in early 2020. McFall, who lost his leg at the age of 19 following a motorcycle accident, will help ESA evaluate to what extent professionals with disabilities can participate in human spaceflight.

According to his profile on the ESA website (opens in new tab), McFall has lived more than a full life despite losing a leg. Having competed in the Paralympics as a sprinter, he won the bronze medal in the 2008 Paralympics in Beijing, and is a qualified trauma and orthopedic surgeon serving with the U.K. National Health Service.

ESA currently has only one female astronaut, Italian former jet pilot Samantha Cristoforetti, but the new selection will boost the gender balance of ESA’s astronaut corps with two new female additions. France’s Sophie Adenot (opens in new tab) is an aerospace engineer and helicopter test pilot with over 3,000 flight hours on 22 different types of helicopters under her belt. She has also served as a rescue pilot in disaster operations. Sophie will become the second French astronaut, joining Thomas Pesquet.

The U.K.’s Rosemary Coogan (opens in new tab) is the second female addition to ESA’s astronaut corps and the second Briton next to Tim Peake who was selected in 2008 together with Pesquet and Cristoforetti. Coogan is a physicist and astrophysicist with impressive international experience who worked as a postdoctoral researcher in Germany. More recently, Coogan has been a part of the team at the French space agency CNES, working on ESA’s upcoming dark energy mission Euclid and also analyzing observations from the James Webb Space Telescope.

Three men will also join the ESA astronaut corps: Pablo Álvarez Fernández (opens in new tab) from Spain, Raphaël Liégeois (opens in new tab) from Belgium and Marco Alain Sieber (opens in new tab) of Switzerland. Aerospace engineer Álvarez Fernández has previously worked on ESA’s ExoMars rover Rosalind Franklin at Airbus in the U.K. Liégeois, meanwhile, is a neuroscientist with experience from Switzerland, the U.S. and Singapore and is also a hot air balloon and glider pilot. Sieber’s background is in the military. He served with the Swiss Special Forces Commando and the Swiss Army, but also has a degree in medicine, specializing in robotic surgery and emergency and rescue medicine.

ESA also announced 11 reserve astronauts who won’t be joining the team just yet, but might be called upon later in case one of the selected candidates drops out.

The successful candidates and reservists were selected from a record-breaking pool of over 22,000 applications.