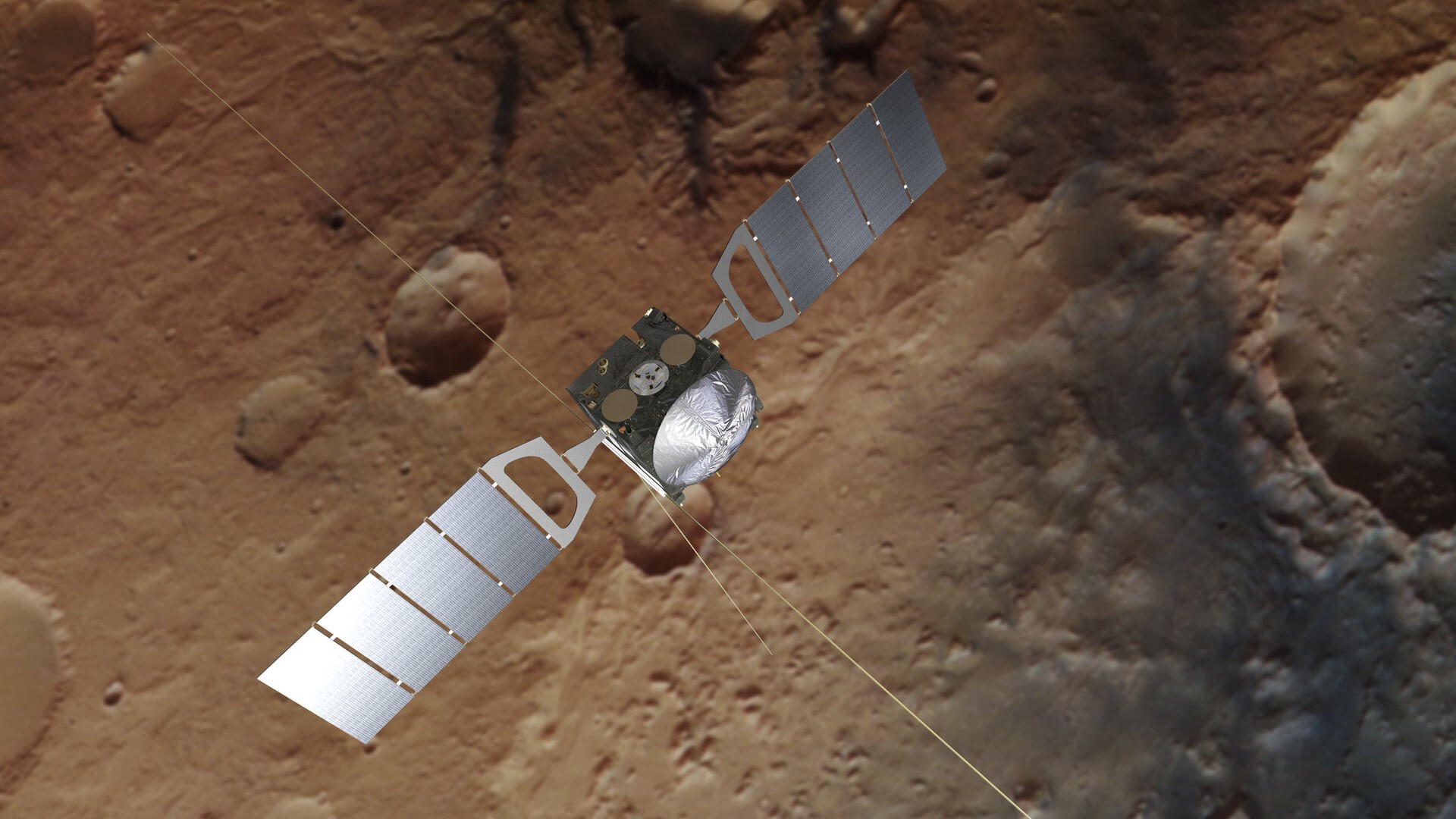 The European Space Agency (ESA) is upgrading software on its venerable Mars Express orbiter to enable it to see beneath the surface of Mars and its moon Phobos in greater detail than before.

Mars Express has been orbiting the Red Planet since December 2003, studying its atmosphere, imaging and mapping the planet and, notably, even peeking beneath the surface for signs of water. Now, the orbiter’s Mars Advanced Radar for Subsurface and Ionospheric Sounding (MARSIS), which in 2018 announced evidence of a lake of salty water buried under a mile (1.5 kilometers) of ice in the southern polar region, will receive an upgrade to boost its resolution and water-seeking abilities.

“It really is like having a brand new instrument on board Mars Express almost 20 years after launch,” ESA Mars Express scientist Colin Wilson, said in a statement.

MARSIS is operated by Italy’s Istituto Nazionale di Astrofisica (INAF). It uses a 131-feet (40 meters) long antenna to bounce low-frequency radio waves off Mars and collect reflections from beneath the surface. Scientists can use those readings to try to differentiate between layers of materials such as ice, soil, rock and water.

The updates will improve signal reception and on-board data processing, which will mean the instrument’s computer can discard unneeded data to free up memory. The new process will increase the amount and quality of science data sent to Earth from MARSIS and possibly allow greater insights into fascinating areas than before.

While the MARSIS team is convinced the upgrade work will be worthwhile, the instrument’s software was a challenge to adapt to the new science goals.

“We faced a number of challenges to improve the performance of MARSIS,” Carlo Nenna, the MARSIS on-board software engineer who is implementing the upgrade, said in the statement. “Not least because the MARSIS software was originally designed over 20 years ago, using a development environment based on Microsoft Windows 98!”

Now, scientists are eager to give the upgrade a test-drive. “There are many regions near the south pole on Mars in which we may have already seen signals indicating liquid water in lower-resolution data,” Wilson said in the statement. “The new software will help us more quickly and extensively study these regions in high resolution and confirm whether they are home to new sources of water on Mars.”