Apex Legends Season 12: Defiance is now live, adding the new legend Mad Maggie to the Apex Games. Like previous legends, Mad Maggie is launching with multiple legendary skins, some in the main loot pool and some limited to the store. Mad Maggie is a revolutionary who fought to free Salvo with violent methods, resulting in a death sentence–her execution to be carried out by trial by combat in the Apex Games. Here are all of Mad Maggie’s legendary skins in the game. 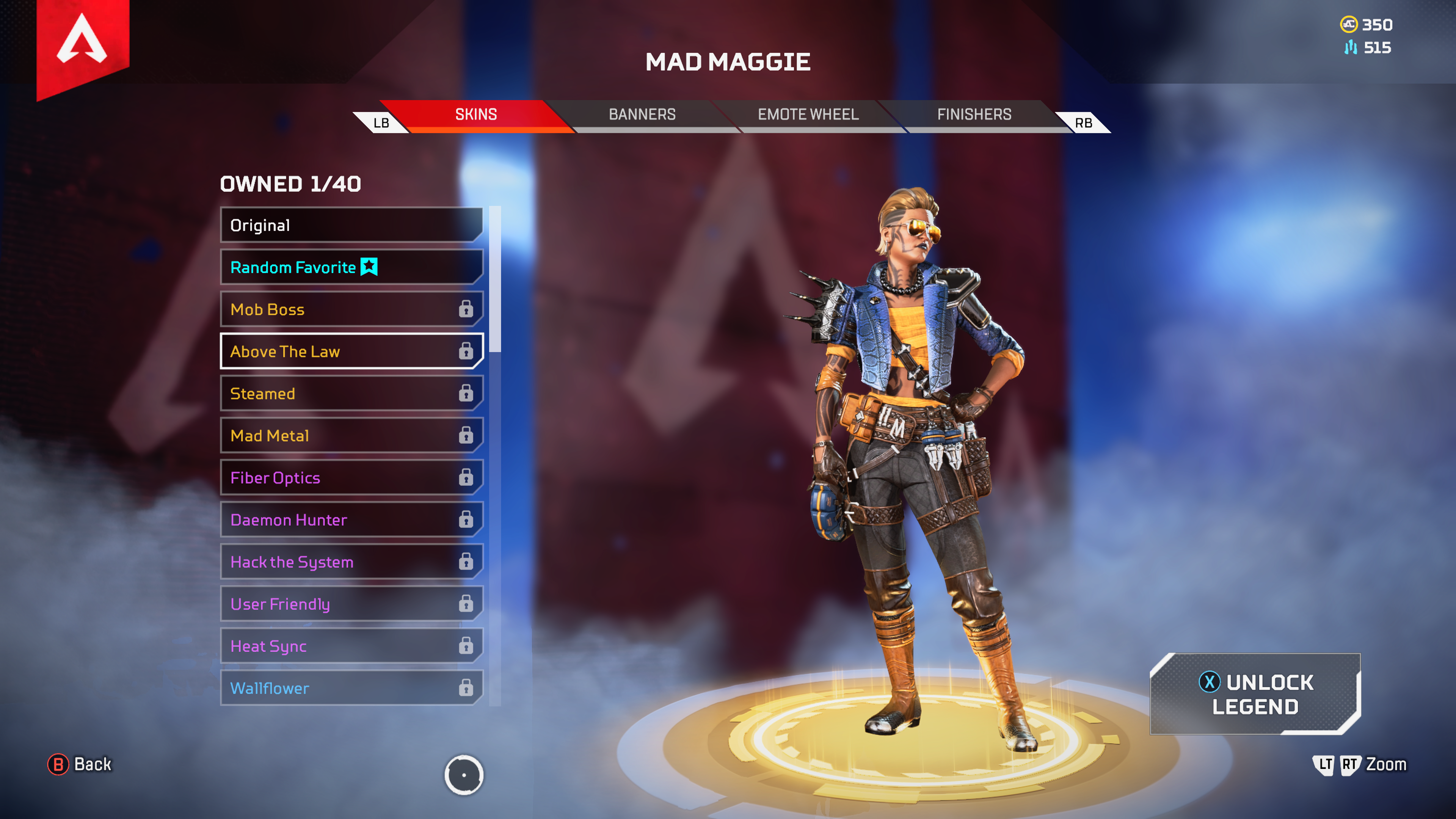 Mad Maggie’s Above The Law skin

Mad Maggie has four default legendary skins that are permanently available for crafting and to unlock via Apex Packs. Like the other legends, there are two pairs of legendary skins, each pair featuring the same design in two different color palettes. First are the Mob Boss and Above The Law legendary skins, which see Mad Maggie take on a biker aesthetic. These skins feature Maggie rocking a slicked back mullet, aviator sunglasses, and a snake skin jacket. The Mob Boss skin has a yellow and green color scheme, while the Above The Law skin features blue and orange. These skins seem to be thematically linked to the Loba legendary skin in the Season 12 battle pass named Breaking The Law.

The other set of legendary skins include the Steamed and Mad Metal skins. These skins feature a generic design, crossing over a soldier’s uniform with some steampunk trappings. The main trappings are a soldier’s cap and jacket, complete with a steampunk shoulder pack and a pistol on her hip. The Steamed skin is army green all the way down and the Mad Metal skin in maroon. 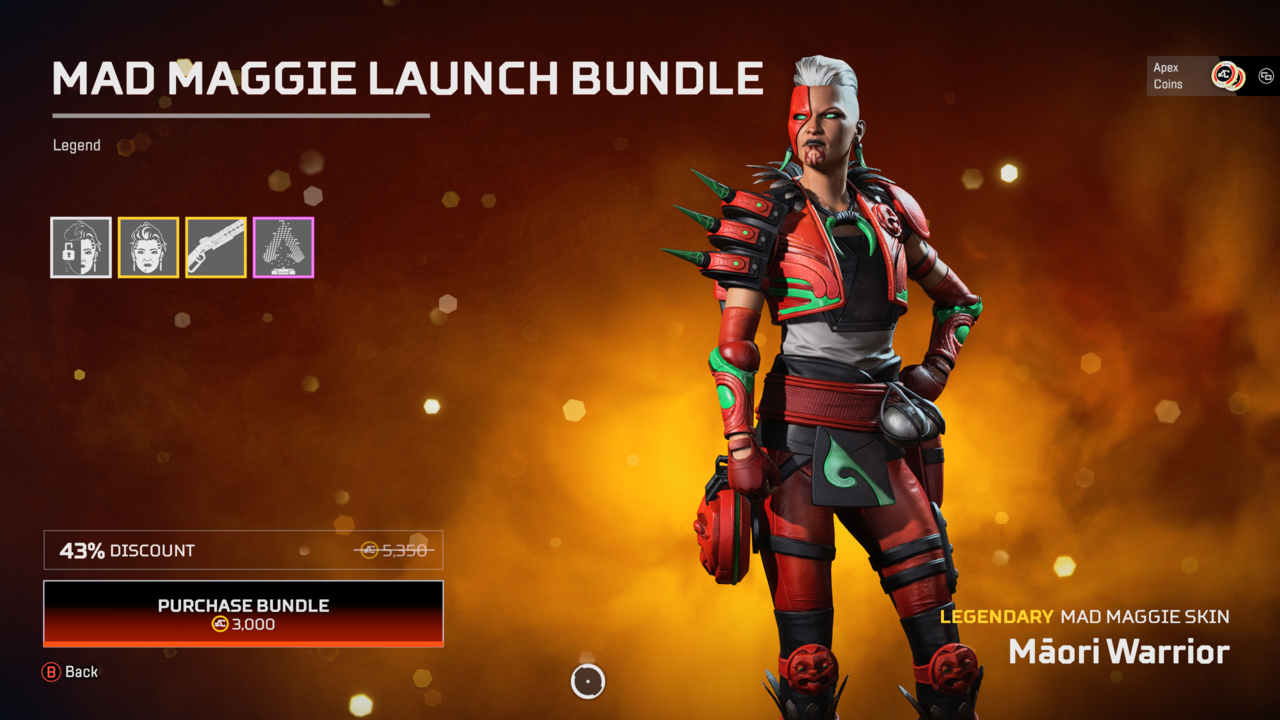 There is one other legendary Mad Maggie skin available in the store for a limit-time. A part of the Mad Maggie launch bundle is the Māori Warrior skin. As the name suggests, it takes aesthetic cues from Māori culture. The skin features Mad Maggie rocking a half face mask, with a large green necklace, and knee pads with faces on them. The skin has a red and green color scheme, with hints of white on Mad Maggie’s hair and undershirt. The bundle costs 3,000 Apex Coins ($30 USD) and also unlocks Mad Maggie as a playable character. It also comes with the legendary Peacebreaker Peacemaker skin, which shares the same aesthetic as the skin, and an epic holospray.

It is also believed that Apex Legends third anniversary collection event, which includes the mythic Bloodhound skin, is going to start on February 15. The whole collection can be seen on Apex Content and included is the Blood and Plunder legendary skin for Mad Maggie, which is pirate-themed.

« DoJ seizes $3.6B in crypto and arrests two in connection with 2016 Bitfinex hack » US Seizes 94,636 Bitcoin From 2016 Bitfinex Hack in ‘Largest Crypto Seizure to Date’ â 2 People Arrested