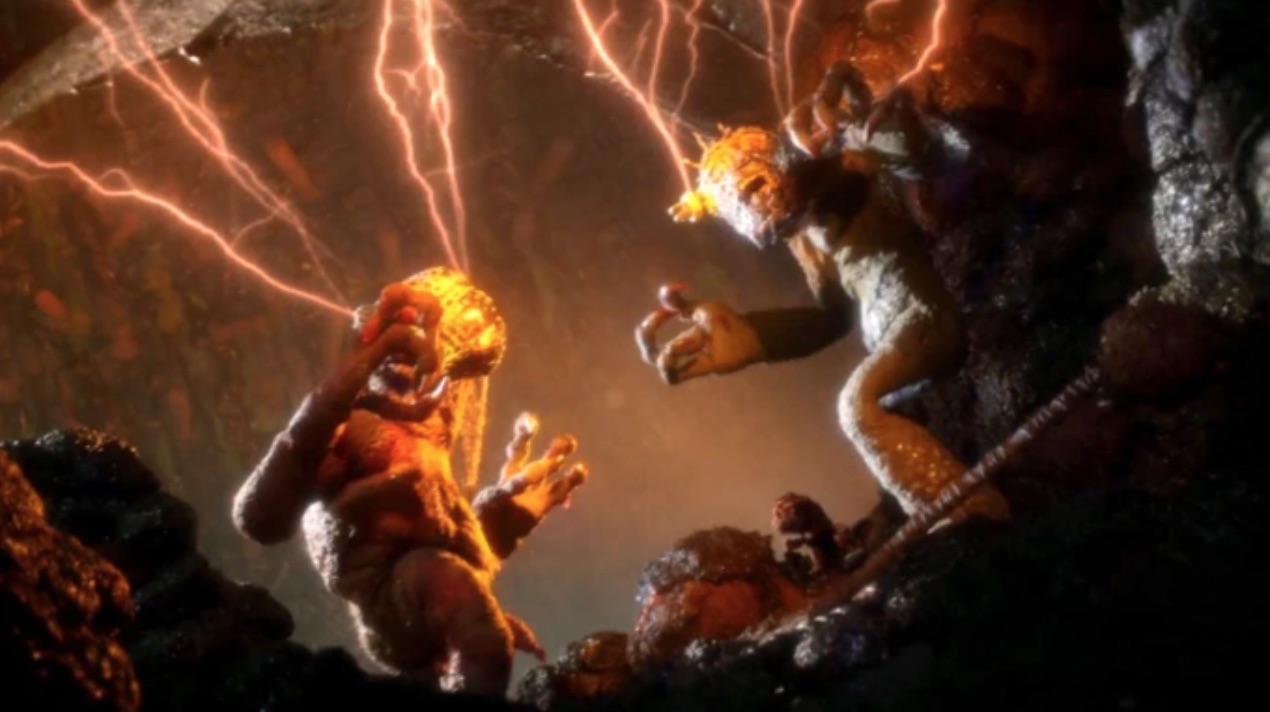 As an Academy Award-winning artist and Industrial Light & Magic special effects guru responsible for such indelible “Star Wars”moments as the holochess scene in “A New Hope” and AT-ATs and Tauntauns striding across the icy battlefields of Hoth in “The Empire Strikes Back,” as well as “Return of the Jedi’s” Rancor monster in Jabba’s dungeon, Phil Tippett is one of the most respected VFX filmmakers on Earth.

Adding to his legacy, his memorable stop-motion work has also been seen in films like “Dragonslayer,” “Jurassic Park,” “Robocop,” and “Starship Troopers.”

‘Star Wars’: Summary of the franchise and its effect on space technology

As a pioneer in the arts of stop-motion animation, miniatures and puppetry, Tippett has been blessed with an unbridled imagination and attention to detail that few in the business can boast of. Now the maverick artist has completed his magnum opus, “Mad God,” a passion project of such unsettling originality and frightening dimensions that it took 30 years to finish.

“Mad God” premiered Wednesday (June 16) on AMC’s Shudder streaming service after a triumphant time on the film festival circuit and a brief theatrical run earlier this month. Created partially as therapy to make sense of an increasingly crazy world, Tippett’s stop-motion masterpiece is a hellish odyssey down into a subterranean dystopia of bone, steel and fire.

Space.com spoke with Tippett on how this decades-in-the-making project originated and what care and craft were used in the disturbing story of a strange character named The Assassin as he experiences a netherworld of sci-fi nightmares, horror-saturated dread and monsters galore.

Space.com: You’ve spoken many times about how “Mad God” was created as a means of therapy. What was the genesis of this phantasmagoric project and its final conception?

Phil Tippett: I don’t know if therapeutic is an accurate characterization. I liken it more to a religious transformation. It changed me. I just dove into this world and it literally drove me mad doing it, and by the end I was hating working on it. It was like “get behind the mule and plow the fields” just to get it done.

Space.com: Now that you’re done with “Mad God,” do you feel the catharsis of its completion?

Tippett: After 30 years of grinding away, there’s no way it couldn’t have transformed me. If you spend that much time immersed in something, it does something to your neurochemical synapses. It’s almost like doing a ritual where you drive yourself into an altered state.

Space.com: Were there any dreams or nightmares that helped influence “Mad God?”

Tippett: I didn’t use any specific dreams that become content on “Mad God.” But dream structure was very important to the project. I think the unconscious drives so much in our lives, and we do things that we just don’t know we’re doing. If you look at interviews with the great musicians when asked where they get their wonderful music from, they’d say that they just transcribe it; it comes from God. It’s the unconscious, so good luck trying to dissect it.

But I always had a title for “Mad God” going way back, long ago. The title meant something to me and its gravitational center eventually coalesced into a thing.

Space.com: How did you choose the specific tone and design aesthetics of “Mad God?”

Tippett: Well I just transcribed it. There was a vibe. I do not work from intention. I just move things around or get an idea. Like the opening roll-up is Leviticus, which I found very late in the project and needed a beginning. As you start putting things up, like a painting, you realize what you don’t have to, not so much change, but add, and maybe move around a little bit. It was pretty much a straight through line in terms of process for me.

Phil Tippett touching up the Rancor on “Star Wars: Return of the Jedi.” (Image credit: Lucasfilm)

Space.com: In what ways did your involvement in “Star Wars,” “Dragonslayer,” “Jurassic Park,” and “Starship Troopers” prepare you to immerse yourself in “Mad God?”

Tippett: It was really significant. I worked in commercials for a number of years. That was kind of my graduate school doing special effects, the Pillsbury Doughboy and the Jolly Green Giant and whatever. Then when I got hired on to do the first three “Star Wars” [movies], George [Lucas] was a terrific mentor and he gave me a lot of space.

From George Lucas to Steven Spielberg to Paul Verhoeven, they were all mentors. I really gravitated more philosophically to Paul and his approach, which wasn’t so much commercial and theatrical as it was personal. When you’d ask him what his audience was, he’d say, “I make these movies for me. And you don’t have to like them.” And movies can be about nothing. That’s the key to the most interesting and great art. Each individual needs to observe and access for themselves what the meaning is. Most art that I gravitate to has that mercurial effect on the mind.

Space.com: With a renaissance of animation and anime seen in things like Netflix’s “Love, Death + Robots,” “Castlevania,” and “Blood of Zeus,” what do you see for the future advancement of the art form?

Tippett: Well, it will do it by default for those who are interested. I’ve never been able to anticipate the future, I just kind of roll along with it, and when things change I adapt.

Space.com: What’s next on your creative plate now that “Mad God” is finally done?

Tippett: Well, theatrically, nothing. I’m done with it. I can’t stand working on theatrical features anymore. I’m just burnt out on it. The last movie I’m proud of was “Starship Troopers,” and then everything went down the s***hole. The crew was really great and I had to do it for my day job and met some wonderful people.

“Mad God” is unique, and there’s such a dearth of unique material out there. In an interview with Martin Scorsese a while back he was asked about the last great film he saw. He was reeling against this non-concept of content, which equivocates to hot air. The only movie he could think of that made an impression was “Gravity.” Then it wasn’t until Bob Eggers’ “The Northman” came out that I had that same kind of experience. It’s very few and far between that a unique project allows itself to get made.