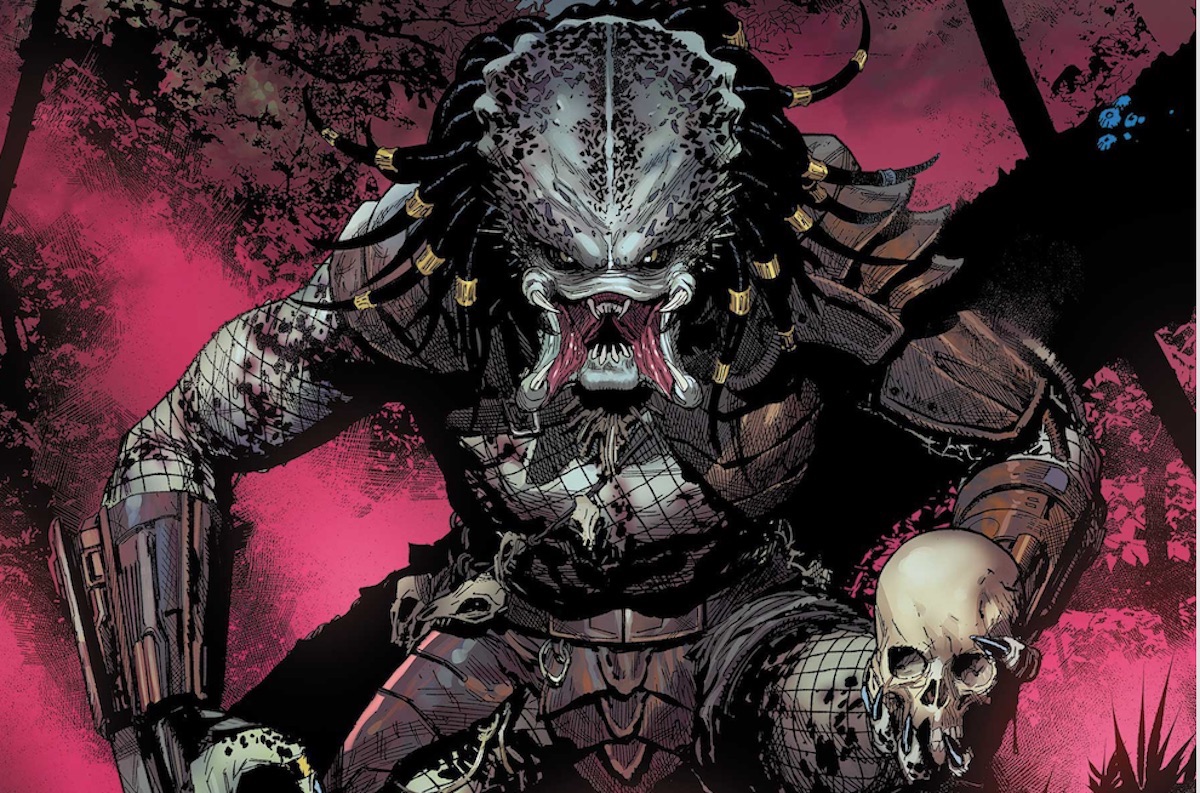 With Independence Day weekend approaching, we’ve got the comic book equivalent of a sizzling supercharged firecracker with an exclusive peek at Marvel Comics’ long-delayed “Predator #1.”

Spawned from the 1987 classic film “Predator,” directed by John McTiernan and starring the “Austrian Oak” Arnold Schwarzenegger, this new sci-fi series premieres August 10 and follows the legacy of the “Predator” comics originally published by Oregon-based Dark Horse Comics for over thirty years.

With Disney’s 2019 purchase of 20th Century Fox in a $71 billion deal, several premiere franchises came along with that acquisition, including “Alien” and “Predator.” Since 1989, Dark Horse released dozens of flagship “Predator” miniseries, crossovers, and film adaptations until the licensing agreement was absorbed by Disney and given over to its Marvel Comics division.

Written by Ed Brisson (“Iron Fist,” “Ghost Rider”) and artist Kev Walker (“Dr. Strange,” “Doctor Aphra”), “Predator #1” reintroduces us to the relentless extraterrestrial hunters whose array of advanced weaponry and targeting systems make them the most formidable foes in the galaxy.

The plotline begins after a young girl named Theta watches her family get murdered by a savage Predator warrior. Years later, even though her aging spaceship is falling apart and survival provisions are quickly dwindling, Theta keeps prowling the remote spaceways looking for the fearsome Yautja creature that orphaned her forever.

Space.com connected with writer Ed Brisson to learn more about this dream gig and his love of the franchise he’s been obsessed with since first seeing “Predator” film at the drive-in growing up.

Space.com: What aspect of the “Predator” mythology was most important to preserve?

But just because they can be hunted, doesn’t mean it’s a good plan. Predators are apex killers and it was important for us to maintain that. They learn from each hunt and they hunt different species so that they have a wide array of combat skills. They are the most dangerous game in the universe and we wanted to make sure that was always apparent in every battle we see.

Space.com: What are your personal associations with John McTiernan’s original “Predator” and why has the character remained so popular?

I think part of the popularity of the “Predator” franchise is not only what we already have in terms of film and TV, but the potential for story. The Predator is a boogie man, a silent hunter. They’re the insurmountable enemy that humankind has to outsmart and out maneuver if they hope to live. And, while the original “Predator” is unquestionably an action film, it also manages to blend in horror in a way that few films before or since have managed to — aside from “Aliens,” of course.

Space.com: In collaborating with artist Kev Walker, what visual style was agreed upon to best complement your story?

Brisson: Kev Walker is a legend. He’s done plenty of sci-fi and is a master of It. So, collaborating with him was mostly letting him do the thing he does so well. We are establishing a new organization within the book and a couple new alien races and with both of those, it was important to create something that felt both fresh but didn’t stray too far from what we already know from past Predator stories.

The story is set in two time periods: 2041 and 2056, and so any tech used or created for the story needed to feel as though it plausibly could exist 19 and/or 34 years from now. We don’t want to jump into some sort of “Star Trek” future. We wanted it to feel grounded still, even if we’re following a protagonist hunting Predators from planet to planet.

Space.com: What’s the most fun about digging in the “Predator” sandbox and what can fans expect as the sci-fi series unfolds?

Brisson: For this run, we’ve turned the tables on the Predators. This time, it’s the hunter being hunted, which has been incredibly fun to write.

In the series, we meet Theta, who’s been hunting Predators with the aid of an AI-piloted ship. She’s not hunting indiscriminately, mind you, she’s after ONE very specific Predator. Her “White Whale.” Fifteen years earlier a Predator wiped out an entire research team — including her parents.

Since then, she’s been trying to track down this same Predator. She’s encountered more than a dozen by the time we meet up with her. She’s begun to understand their hunting patterns and has been able to decode information from their ships to help her in her hunt.

But, her exploits have put her on the radar of other Predators. She’s killed enough of them to become a legitimate threat, to become a warrior worthy of Predators to test their mettle against.

For a deep dive into the “Predator” film franchise check out our Predator Primer!